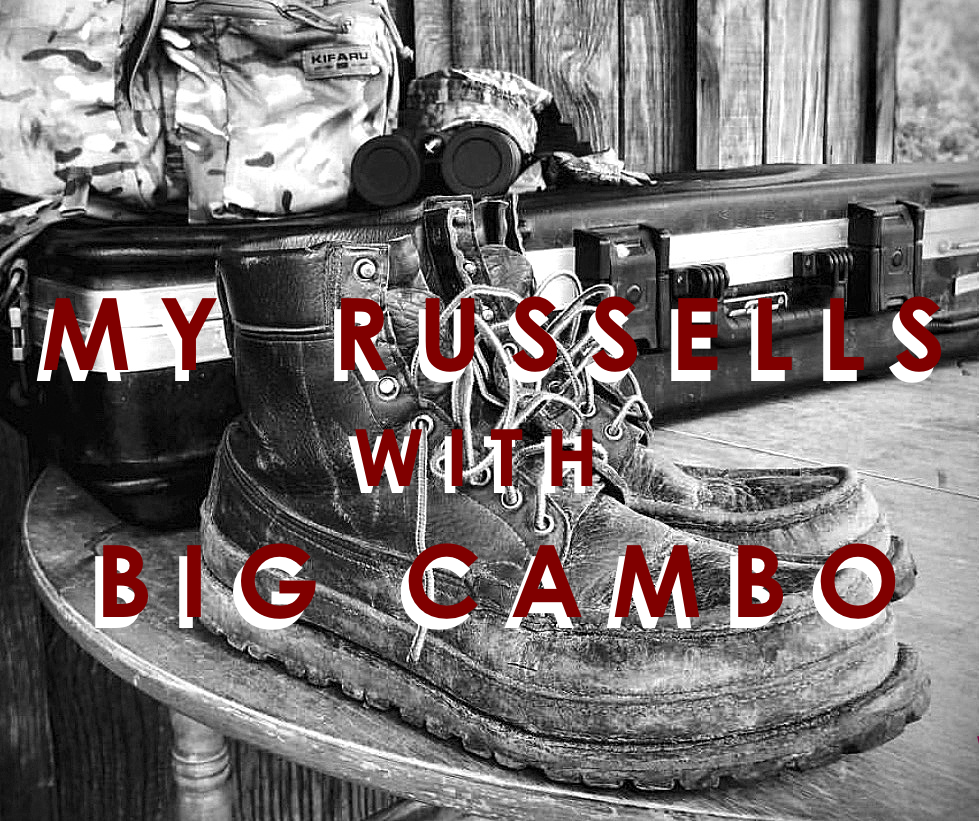 Given that Russell Moccasin has a cult following, I’m starting a new series called ‘My Russells’.  The intent is for all of you readers to send in pictures and stories of your Russell Moccasin boots.

We’re going to start it off with the unofficial world champion of Russell Boots – Cam Smith of Mississippi.  Cam is a super cool guy, an avid outdoorsman, hunter, and an ex-football player from Mississippi State.  He’s about 7′ tall, which has earned him the nickname ‘Big Cambo’.  He also owns about forty (40) pairs of Russells…seems like a good place to start.

Big Cambo: Here are some of my boots.  I couldn’t get all my pairs in the frame: 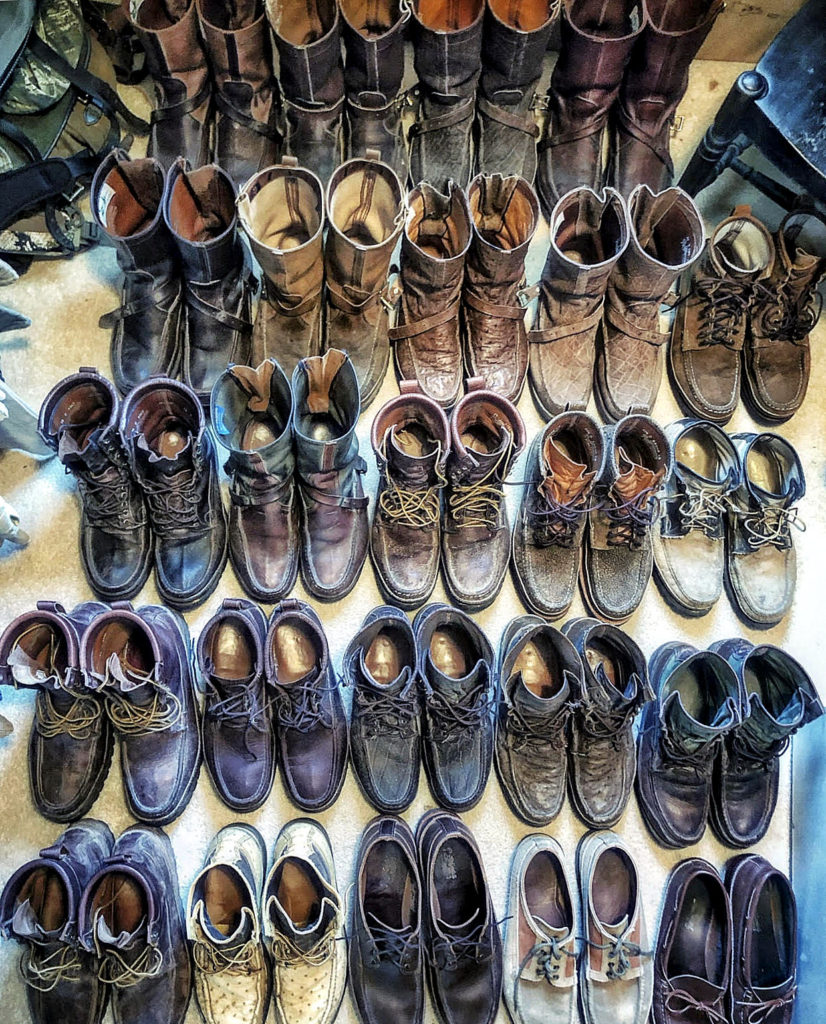 I once lost 100 lbs and after that, about 15 pair were several sizes too big.  I gave them to goodwill or to friends. I gave a few pair of the early test models of the Wapiti Ramblers (later renamed the Big Cambo boot) to an elk guide in NM. I left a pair of the wading boots tied over the rafters of my moose camp cabin in the Yukon after two weeks of use. We joked and said Russell needed to make a sleeping moccasin because I had one of everything else they made…

My first pair were the National Championship Edition of the Zephyrs that came from Dunn’s catalog (above). I got them in 1995 and they’re on their 5th sole. I’ve got a pair of PHs made out of an eland I killed in Zimbabwe and two pair of zephyrs from an elephant and a hippo my dad shot on safari as well. 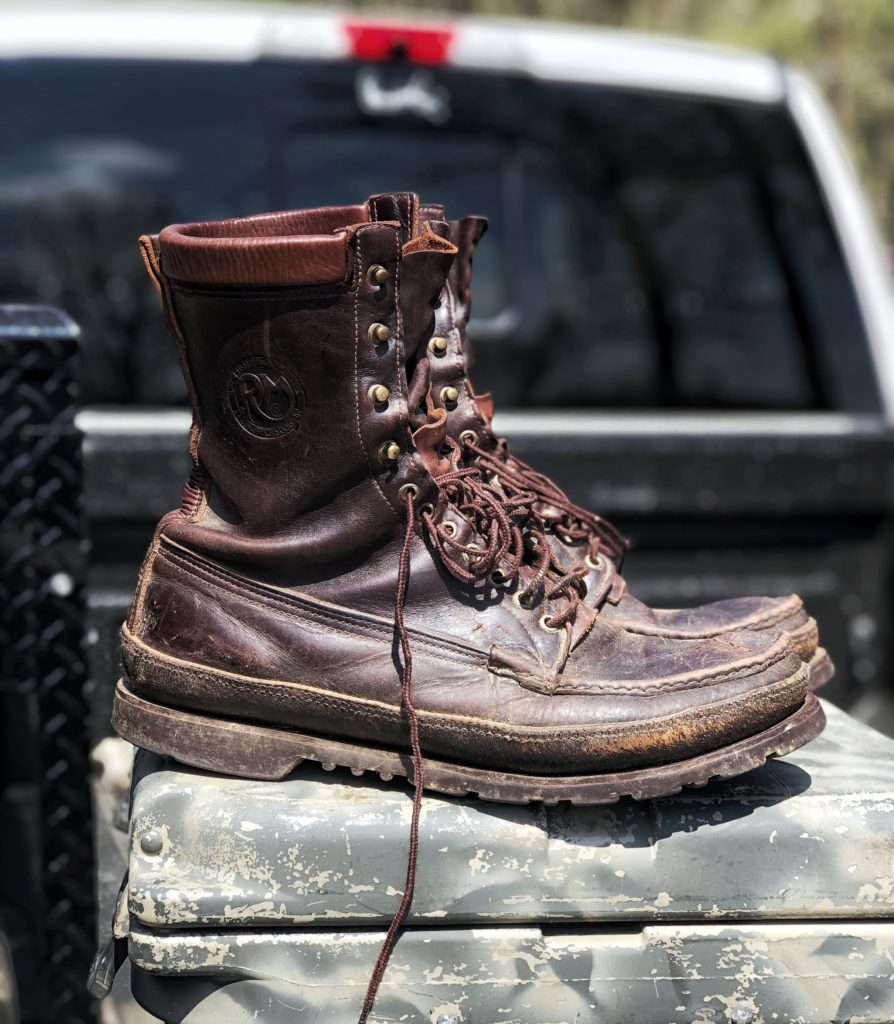 I have the first pair of Signature South 40s they ever sold (above)…I bought them on the day my daughter was born…September 19th, 2006. The shop called while I’d come home from the hospital to take a shower and said they had a new model and thought I’d be interested in them. 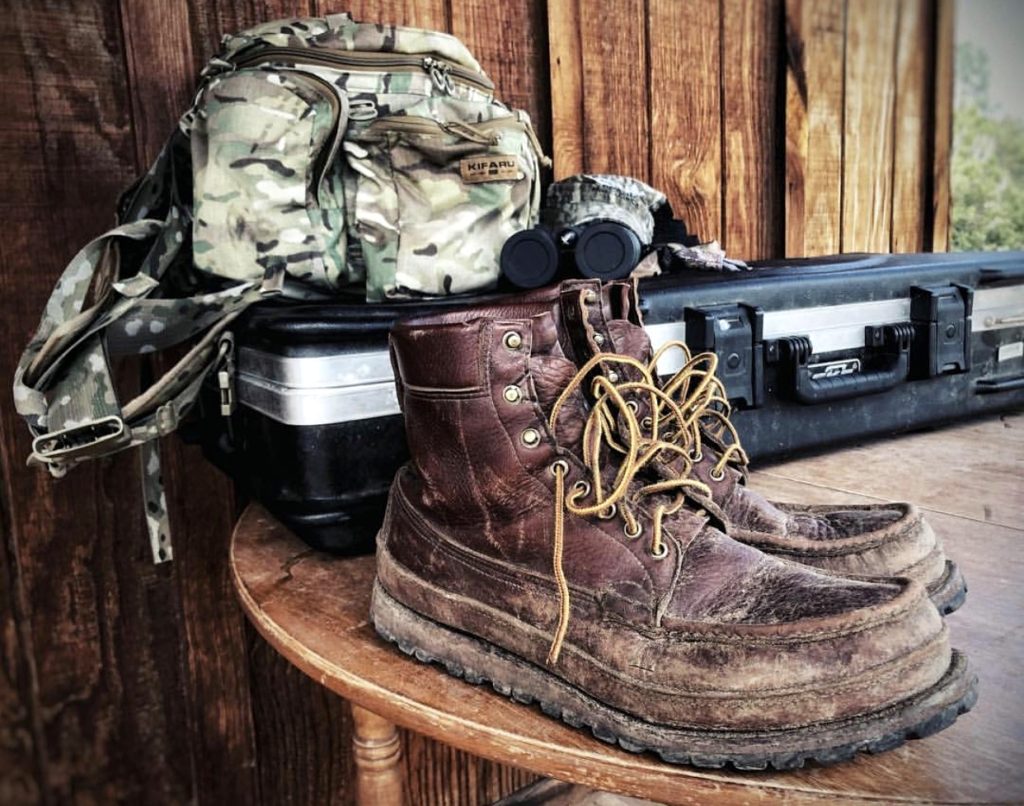 Then there’s the Big Cambo (above)…the undisputed champion of elk hunting boots. I probably tested them 3-4 years before getting them right and the pair I hunt in now have several hundred miles on them.

I left a pair of Art Carters on a statue of Buddha while in Japan once….it just seemed right….a good Southern Baptist making a second rate sacrifice (the cow had been tanned once haha).

Man, I could tell stories for a long time, but at the end of the day it was never the boots that really mattered. They were products of some of the best craftsmen and women in the country and the company is owned by some of the best people I’ve been around. First class.

If I had to pick a favorite pair it’s my first pair because my grandmother bought them for me and she’s no longer here….they remind me of her. If I had to pick my favorite style it’s probably the Cavalier Crossovers. If I go with what I wear the most it’s a toss-up between the Laramie PH 5.5 and my house shoes.

Here are a few more from Big Cambo’s collection: 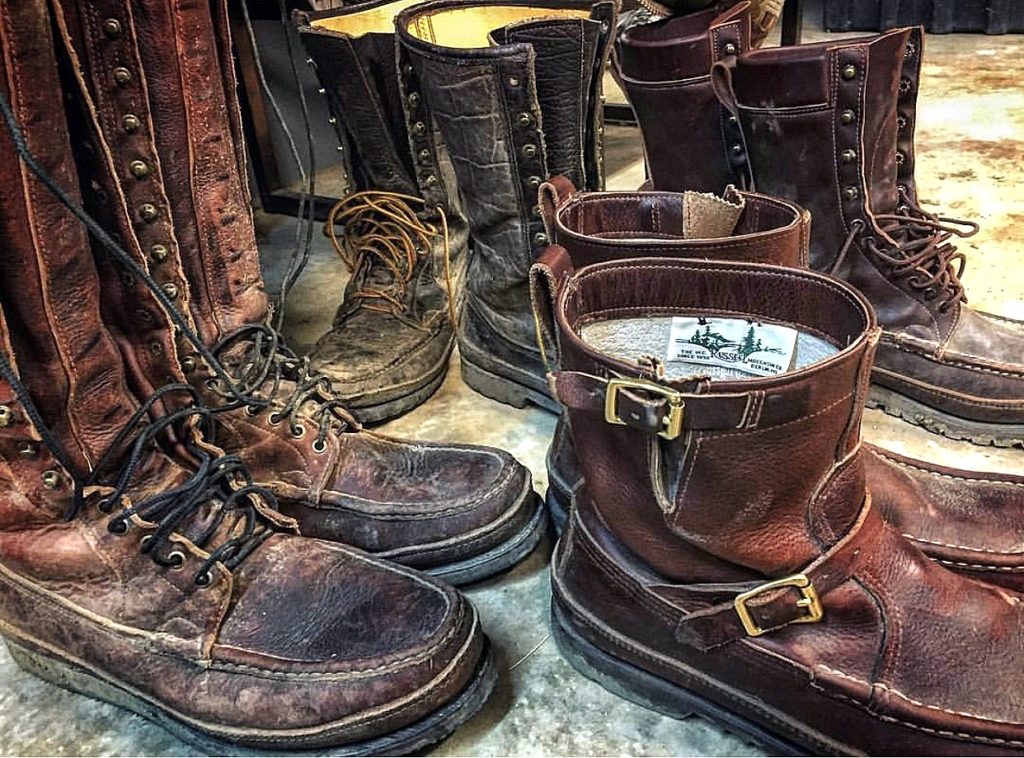 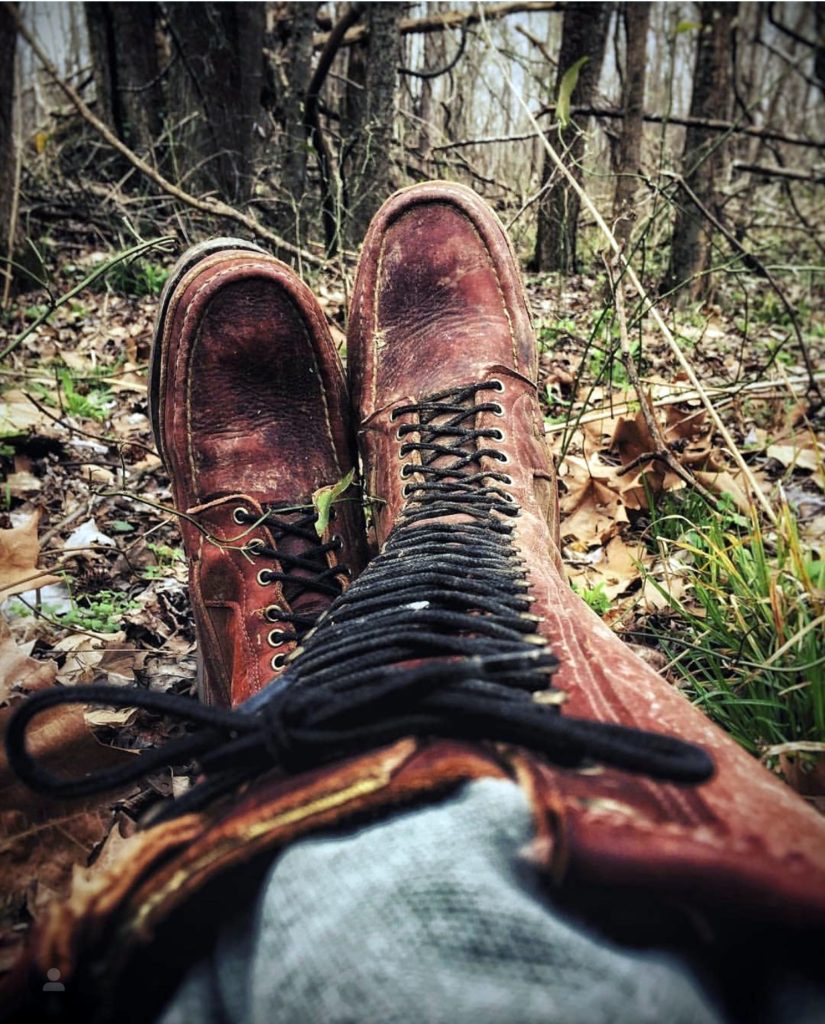 Want to share yours?  Send us a picture and a story about your Russell Moccasin boots to jrs at redclaysoul dot com and we’ll update the post.  Looking forward to hearing from you!

Here are a few Russells sent in from readers: 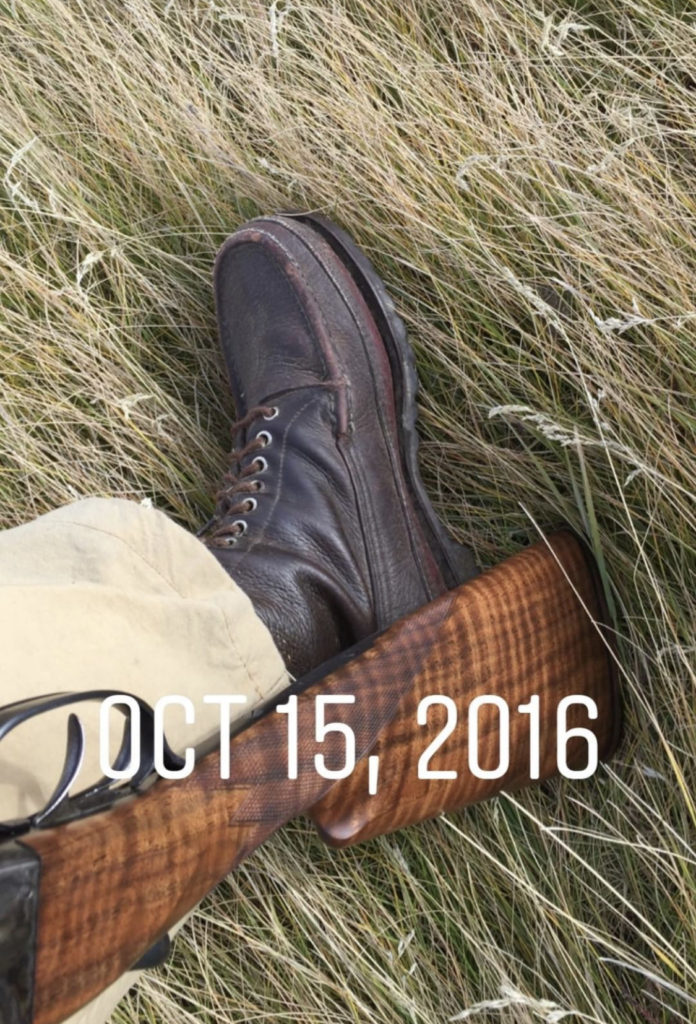 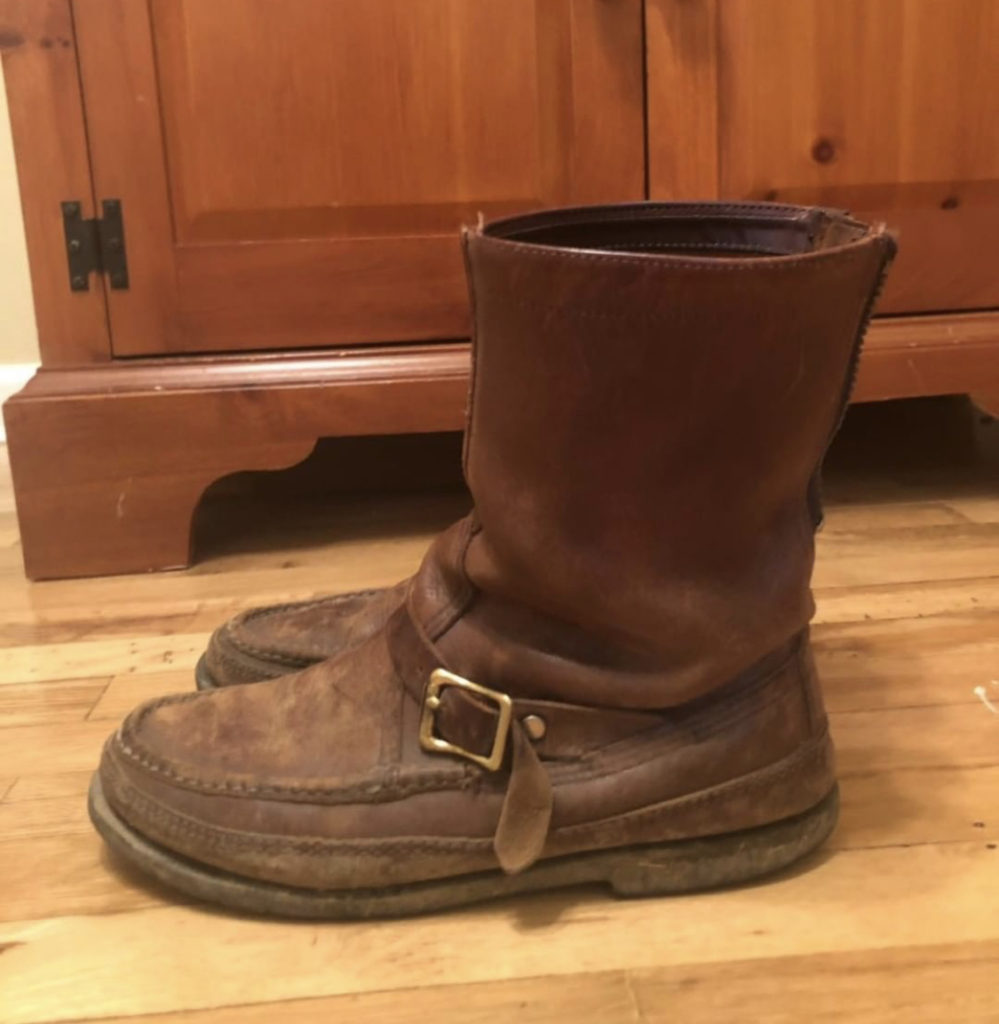 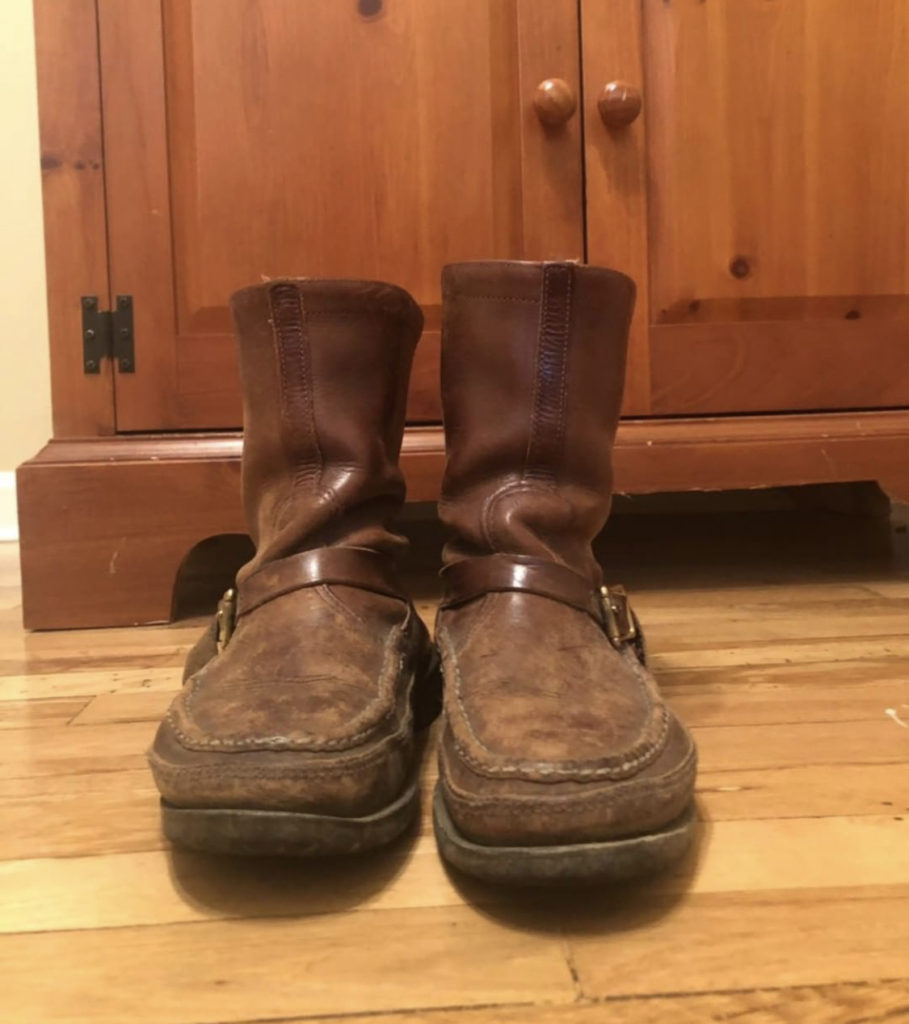 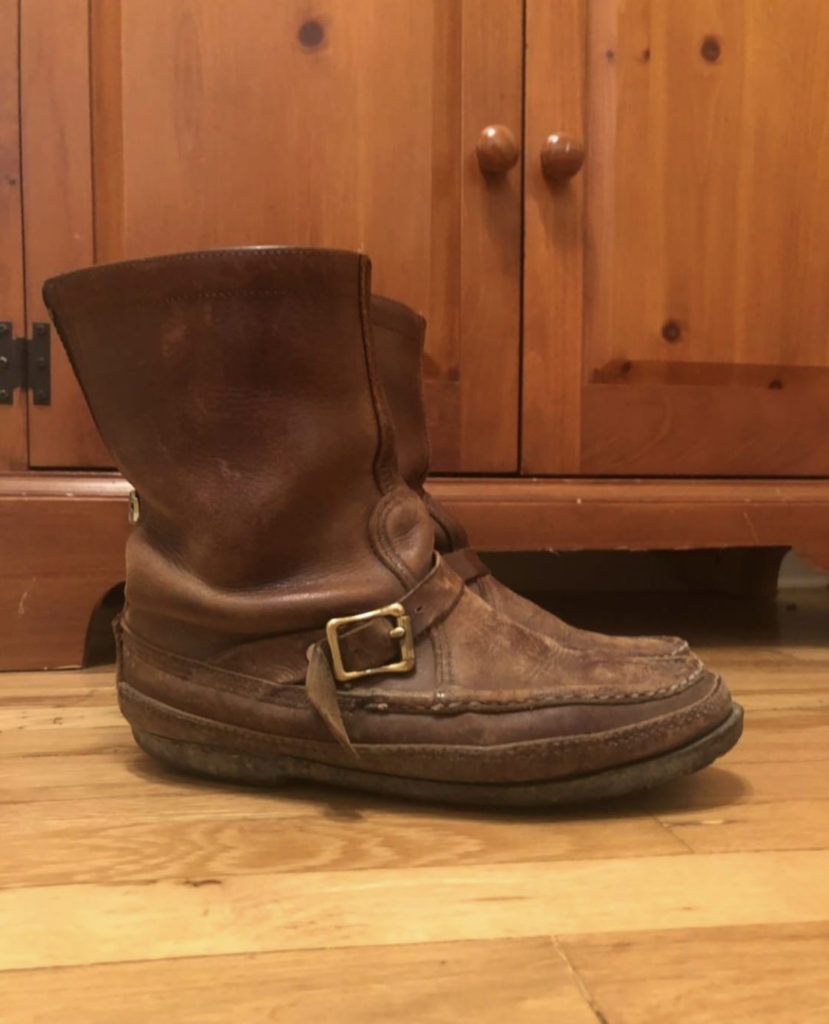 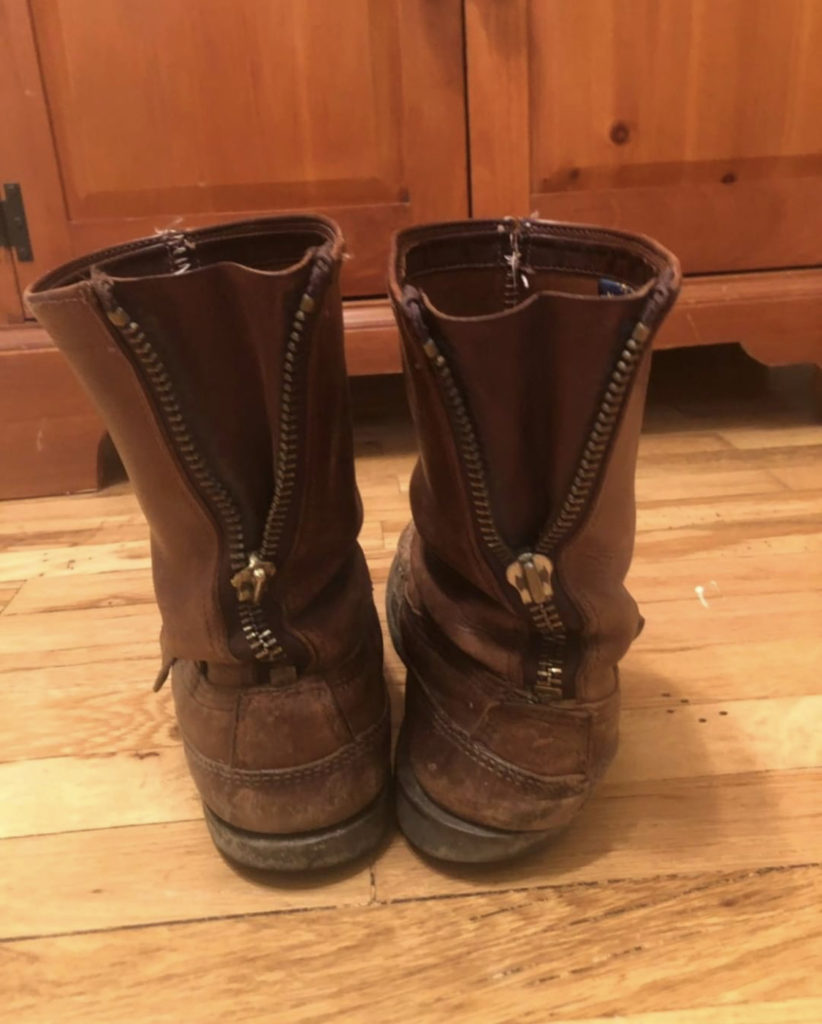 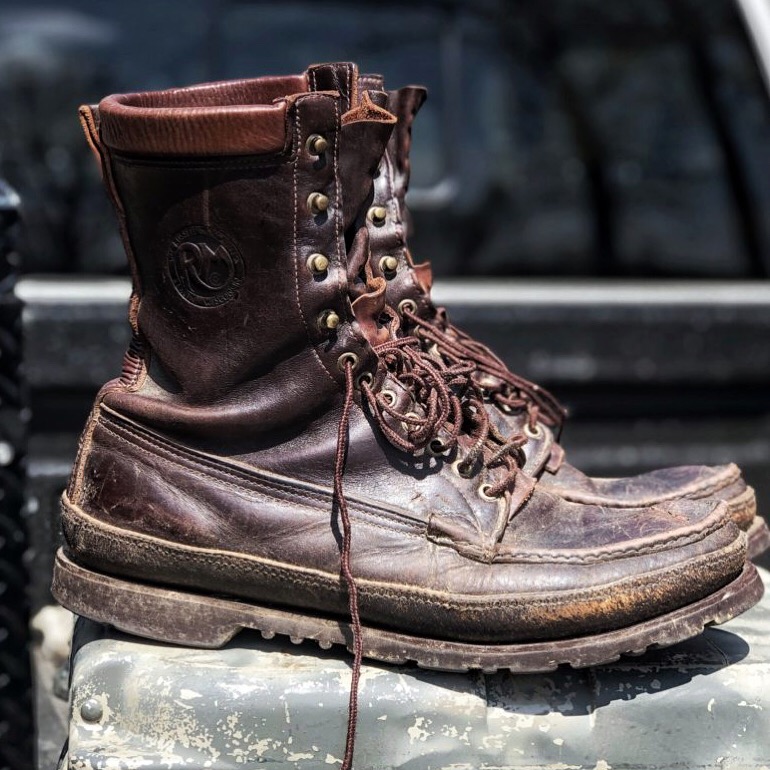 Want to share yours?  Send us a picture and a story about your Russell Moccasin boots to jrs at redclaysoul dot com and we’ll update the post.  Looking forward to hearing from you!