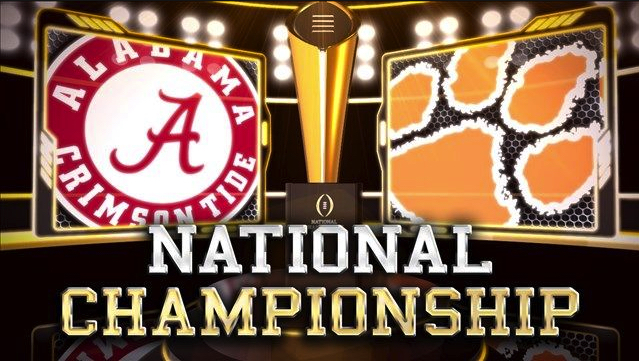 And then there were two.  Except for one slip up against Pitt, these teams are perfect.  Most honest pundits picked Alabama and Clemson to get back to the National Championship early in the season, and they were right.  They both wiped the floor with their opponents in last week’s playoff games.  Think about it: most of the bowl games were entertaining, except for the playoff games.  They were both really boring.  I do have a way to fix it, but I’ll get to that in a later post.

Honestly, I’m a little surprised that this game has such a David vs. Goliath feel.  Sure, Alabama has been at the top of the mountain for the last eight years, but Clemson did play in the National Championship game last year.  And let’s remember that they almost beat what was then touted as the best defense Alabama has ever put on the field.  Clemson is an extremely talented team, and the players  believe in each other, as well as their coach.  They have a very ‘team’ focus, and Dabo is a master at motivation.  More on motivation in a moment.

Alabama is loaded.  Their offense has all the weapons they need to win.  Their defense is the typical Crimson Tide defense we’ve come to know and love over the last few years.  There isn’t anything else you can say about their team, except that they have a freshman QB, who didn’t play that well last week vs. Washington.  Lane Kiffin was summarily dismissed from the team last week, and it exposes a huge unknown.  There’s no doubt that Saban weighed the value proposition of keeping/dismissing/killing Kiffin prior to the game, and he obviously believes dismissal was the best move for his team.  Let’s be honest- Lane Kiffin couldn’t last as long as undergrads are required to stay before declaring for the NFL.  This guy needs a reality TV show.  “Single in Boca.”  I called it first, folks. 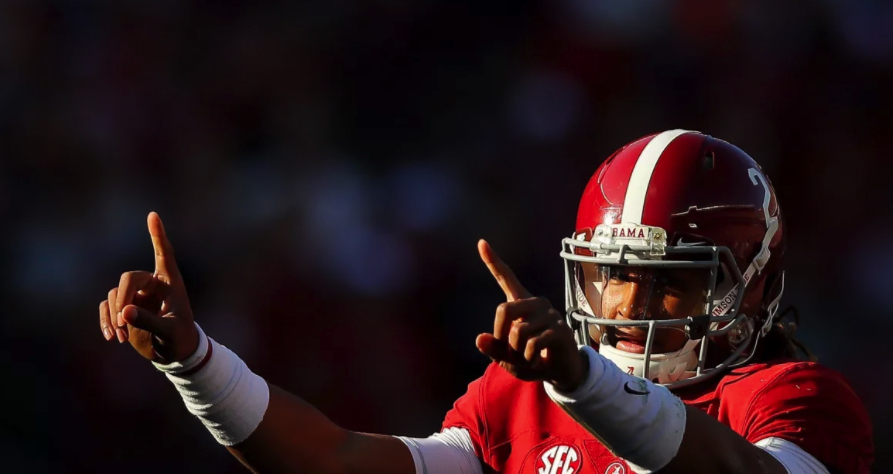 In the same vein, Clemson is also loaded.  Watson is the best player in college football, and he has offensive talent across the field, each of which will play in the NFL.  WR Mike Williams would start for the Browns. Clemson’s defense is fast, mean, and motivated.  They shut out Ohio State last week and they are riding high.  It’s fair to say that Alabama hasn’t seen a defense like this all year.  Speaking of motivation, I believe that is the difference this week.  This team has been living with last year’s loss against Alabama all year.  Don’t think that hasn’t been the common denominator all year- at every practice, at every team meeting, and every press conference.  The loss to Pitt only fortified that position.  I would not want to play Clemson on this stage.  At all. 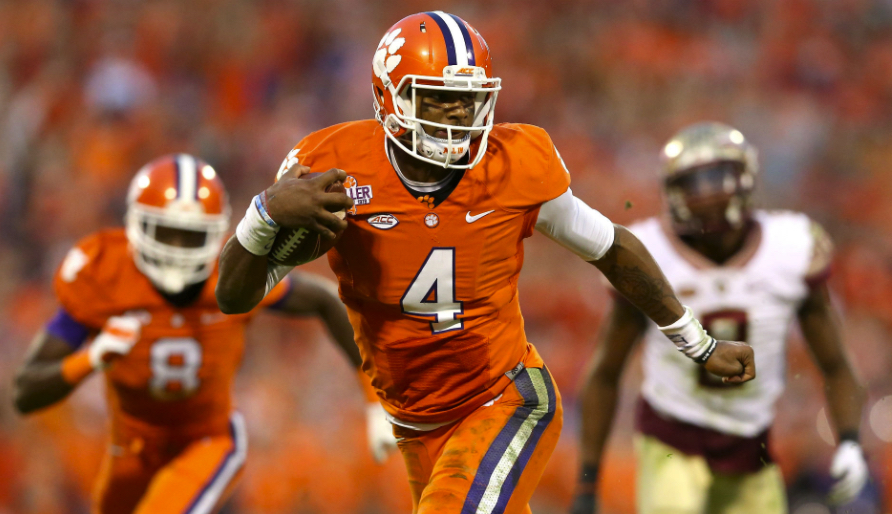 I believe this game is going to be like a chess match.  The first quarter will be slow.  Two heavyweights trading jabs until one sees an opening.  Clemson could have a hard time opening up their offense, but Alabama’s defense won’t be able to just lock Clemson down like they are used to doing.  Expect a 17-13 halftime score.  Then it gets interesting.  Alabama’s offense isn’t used to scoring in the second half, because they don’t need to.  They let their defense loose, and let them do the work, locking down their opponent.  This won’t be enough to be successful against Clemson.  Clemson tends to move the ball very well in the second half.  It’s imperative that Clemson focuses on shutting down the Tide’s run game, and make Bama’s freshman QB beat them with his arm.  On this stage, Hurts hurts.  Clemson will force him to make mistakes, and they could have a hard time keeping up with Clemson’s high-powered offense on the scoreboard.  By no means does Clemson run away with this one, but they win by a TD.