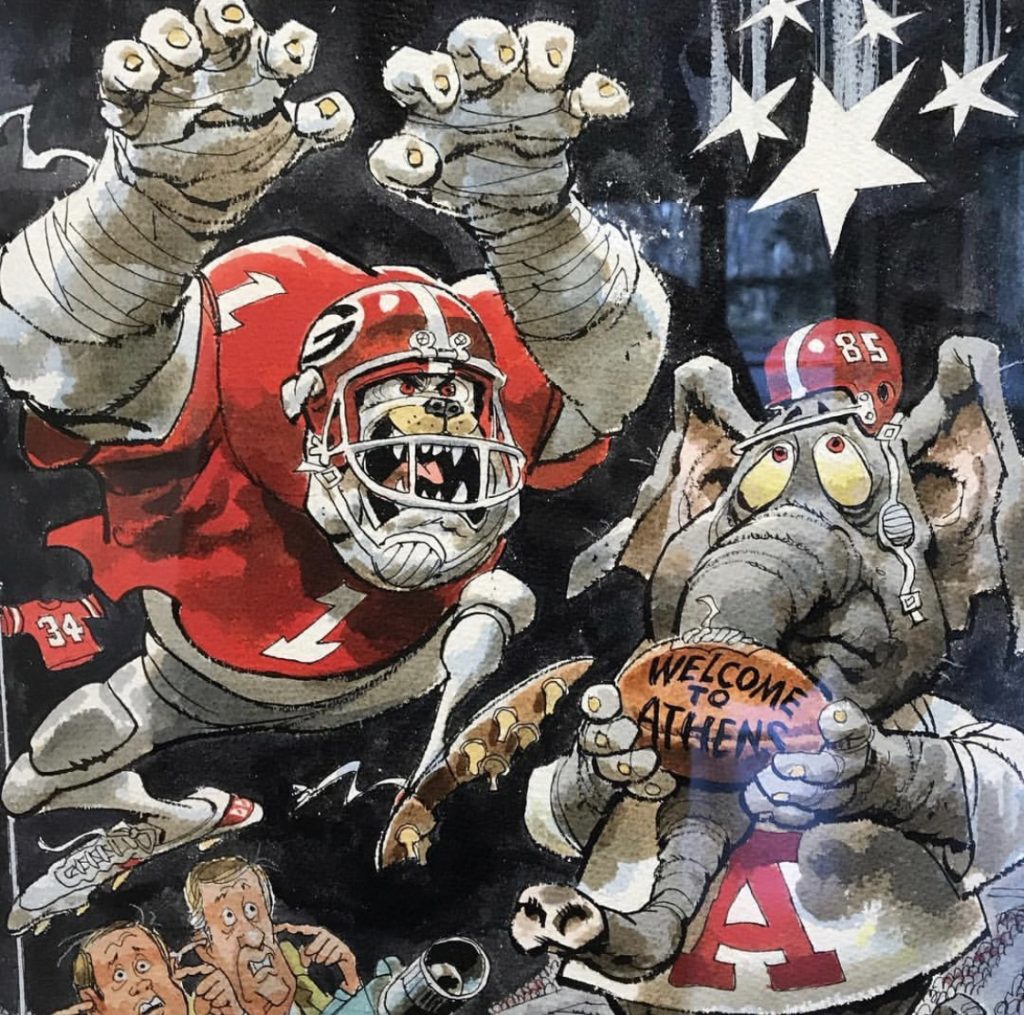 And here we are…the culmination of an outstanding college football season.  Tonight is the highly anticipated national championship game between the two best teams in the country: the Alabama Crimson Tide and the Georgia Bulldogs at the Benz in Atlanta, Georgia.

What’s funny to me is how the mass opinion going into the playoffs was that this college football season was one of the best ever, there wasn’t a runaway #1 team, the bowls were generally interesting games, and that the playoff system was working.  The NFL would do anything to have the college football product this year.  We were all living in college football bliss.

Then the unthinkable happened: the two SEC teams won their playoff games.  Predictably, the same folks expressing the mass opinion(s) above were convinced that the college football world is ending.  Two SEC teams??  Oh the agony.  Some overheard statements, and why they are wrong:

Back to reality: I think the National Championship game is going to be incredible.

My expert opinion is that both teams have the exact same game plan.  They are going to grind the hell out of each other, taking a suffocate-first mentality on defense, and a ball-control first mentality on offense.  Both teams are built relatively the same, and follow an almost identical football philosophy.  It’s obvious why, with the Saban-Kirby connections, but there are a few give and takes:

The “Iceman” philosophy.  Remember the scene in ‘Top Gun’ where Iceman was described as “cold as ice – he waits for you to screw up, then he’s got you”.  Mistakes are going to define this game.  Both Bama and UGA are so fundamentally sound, a muffed punt, a fumble, or a bad snap are going to be directionally important for the course of the game.  Given that Kirby has only had two seasons at UGA, I give this advantage to Bama, who will probably come away with 7-10 points off turnovers from UGA. 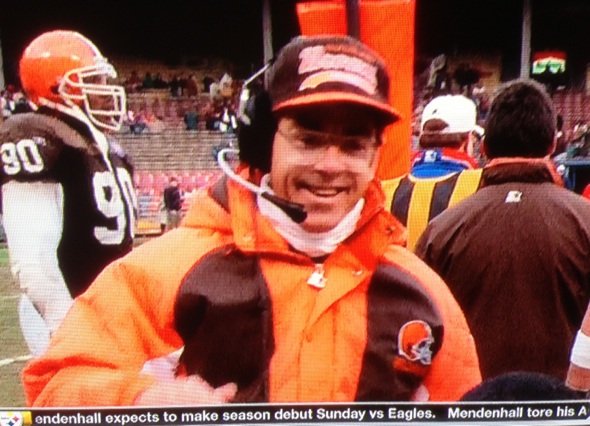 Quarterback.  When Eason went down vs. App State, it took the wind out of UGA’s sails.  Then Fromm took the field on the road vs. Notre Dame in his first college start, and came away with the victory.  His trajectory has hockey sticked since then.  With Hurts regressing a bit this year, I give the nod to UGA.  Fromm will complete an incredible TD pass to Godwin or Wims, and will run for a few crucial first downs, keeping positive momentum in UGA’s favor.

Senior Leadership.  Almost every big play in the Rose Bowl was made by either Lorenzo Carter, Nick Chubb, or Sony Michel.  All seniors who decided to come back to UGA rather than declare for the NFL draft.  It’s hard to quantify the importance of seniors, especially a group like UGA’s, but there’s no way this isn’t an advantage for UGA. 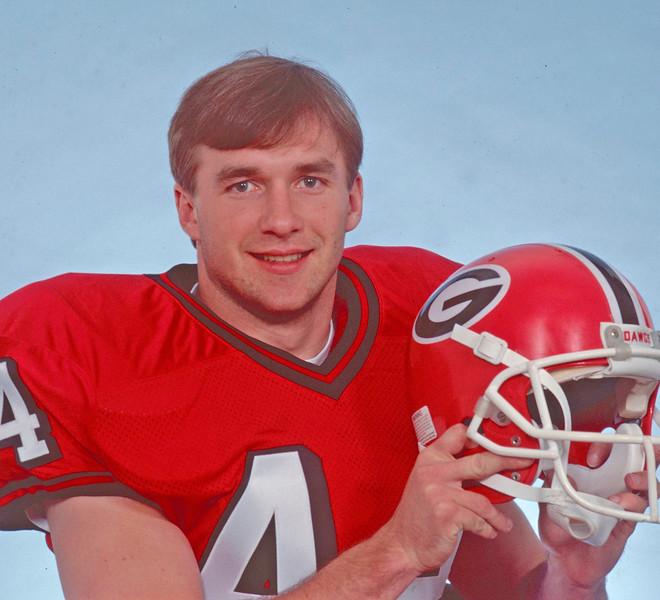 Taking everything into account, my prediction is that UGA will win 26-23.  I think the game will be neck and neck going into the forth quarter, and they’ll both have to stretch it out a bit to put some points on the board.

I’m not a big logo guy, even if it’s the team I’m pulling for.  I’ll be wearing red, but will get one of these bulldog quarter zips from Miller Brothers.  They just got a huge shipment in, so go see them tomorrow on your lunch break…I might run into you. 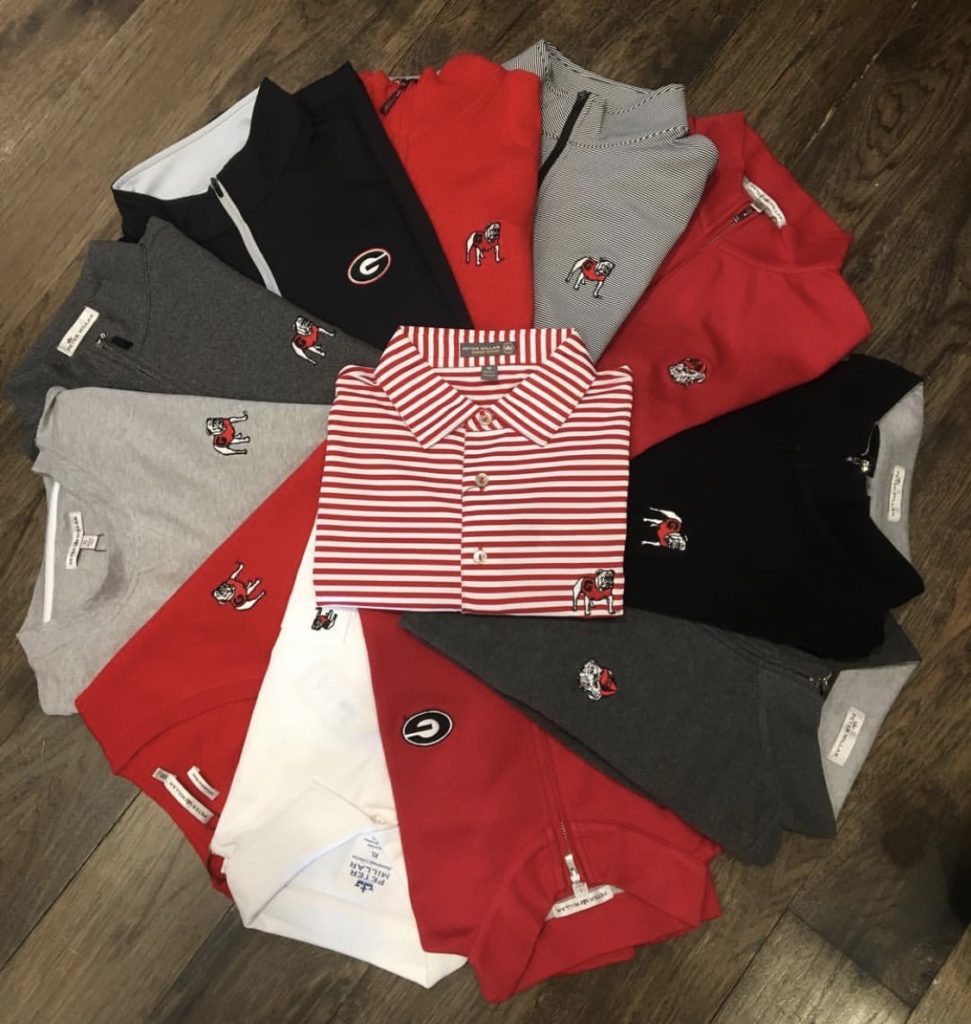 And one of these Bulldog polos from Onward Reserve.  I might be throwing things, so I need to give good range of motion. 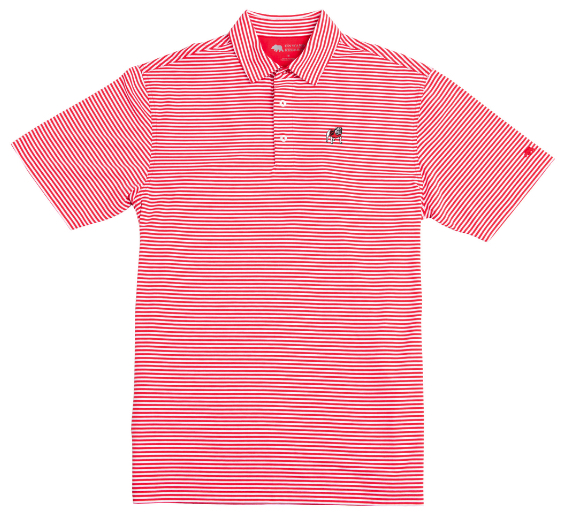 We were down in Thomasville last weekend, and got some really good cheese at Sweet Grass Dairy’s restaurant in town.  We’ll start with some of their pimento cheese on crackers, followed by smoked wings, with celery, and carrots.

Given that it’s a school night, and that we have a 5-month old, we’ll take it easy.  We’ll have a bottle of wine with dinner, maybe a couple beers, and call it a night.  Until UGA wins, when I’ll celebrate with a finger or two of some Weller 12 year.

There you have it, folks.  Let me know your thoughts in the comments section.