Who: Barton Strawn, co-founder and principal designer was in college at NC State, along with the other original co-founder and friend Justin Carey, and were seeking skinny ties. Frustrated by not finding what they really wanted in traditional stores, Barton’s mother taught him how to make his own. His small-batch neckwear became a hit with friends and eventually launched the current business.

Why: The guys wanted to create something uniquely American, with the quality and craftsmanship expected from a domestic label at price point consistent with outsourced competitors. Consumers can get a made-in-the-USA garment that will be a wardrobe staple for years to come.

How: Everything is made 100% in the USA with a nod to the North Carolina textile heritage from which the company calls home. Notice the extra time and effort put into each garment, whether a detail around a button hole, inside a collar or on a pant zipper, they take it one extra step.

What: Classic, staple button downs in robust size charts to give each individual the most tailored fit possible. Pants that fit comfortably, but retain a chic, stylish aesthetic, neckwear that draws upon timeless patterns and fabrics like cotton, wool and flannel.  And canvas totes.  Where they don’t have a product, in-store they are helping men accessorize with other domestic brands such as Imperial Barber grooming items, Ebbets Field Flannel North Carolina caps, and Parrot Canvas bags.

Barton & Justin sent me a couple shirts to review (full disclosure), and I am very pleased with the products.  The sizing is unique – the usual small, medium, and large, but also included are ‘+’ sizes.  For example, ‘Medium+’ is just between a regular medium and a regular large.  Great for those shots when you are in-between clubs.  Their sizing chart is rock solid.  The fabric is great – fine for washing at home.  It takes to a hot iron very well, so spending the money on dry cleaning isn’t needed.  The shirts are made in either Chicago or South Carolina, and have some nice touches – a slimmer fit, higher armholes, a shallow collar, and detailed stitching on the cuff buttons.  The price point is good as well.  For $78 you get a very solid shirt. 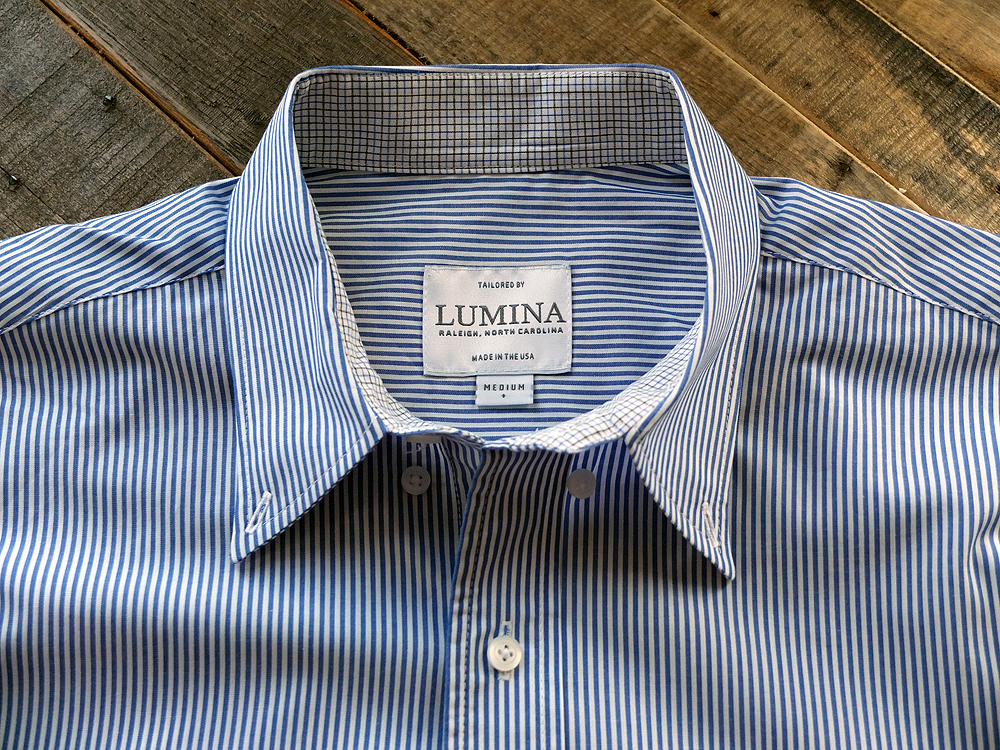 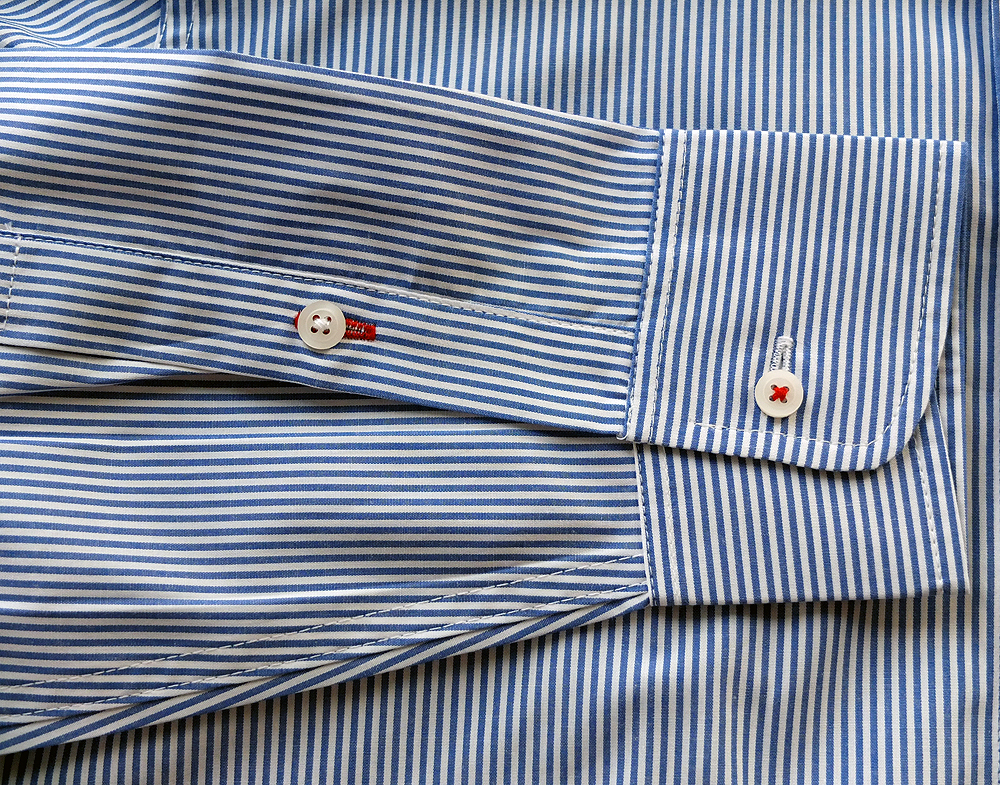 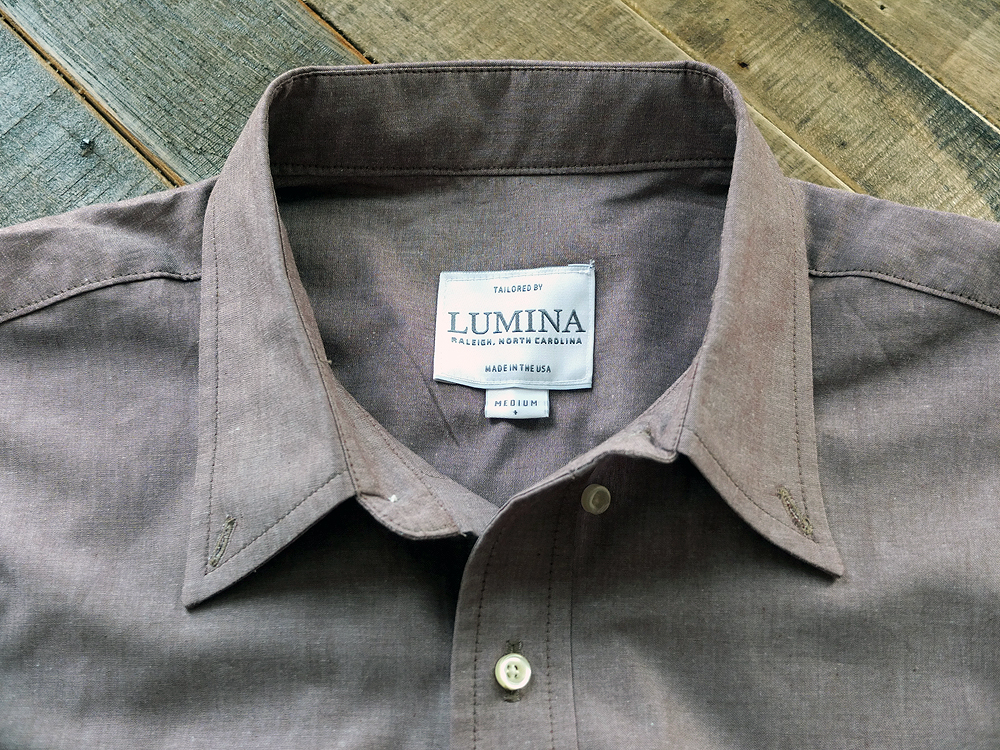 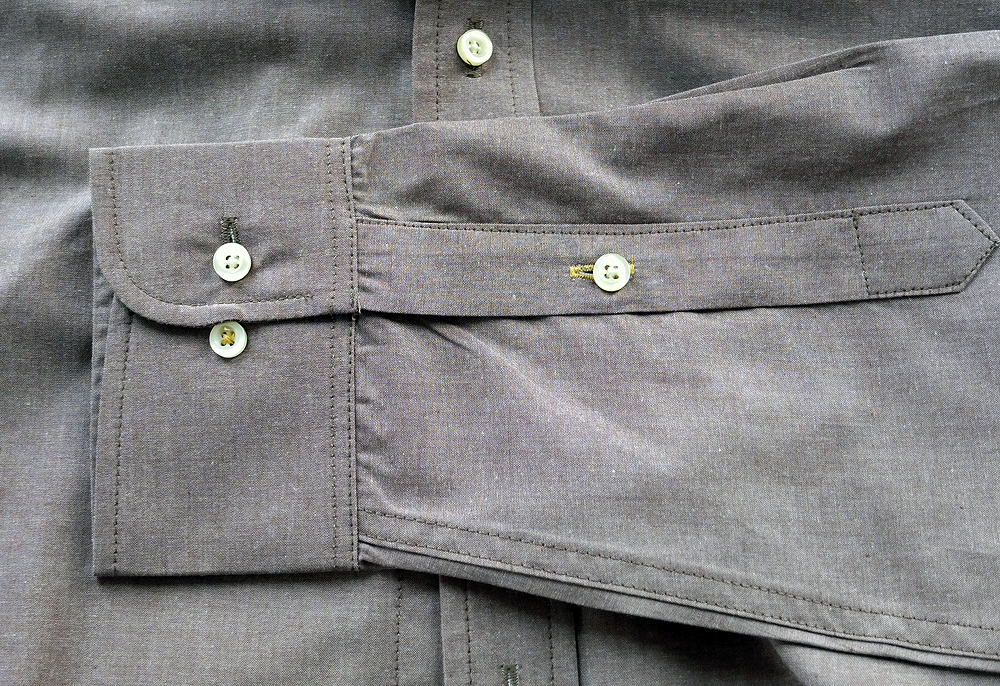 They just opened their first store at 123 E Martin St in Raleigh, NC.  Stop by next time you are in the neighborhood.