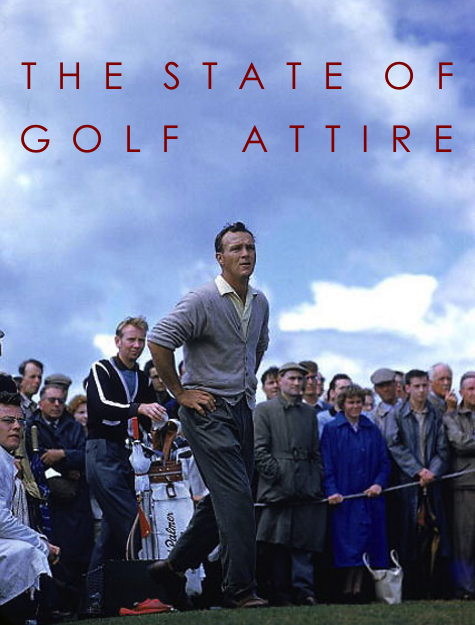 Part One: How Did We Get Here?

What on earth is going on with golf attire?  An investment in 18 holes and the equipment required  is a relatively expensive privilege, and everyone used to dress the part.  There have always been exceptions, but those offshoots were usually an ugly shirt, rather than a material shift in style.  Today it seems that what is considered ‘acceptable’ on the golf course has changed for the moisture-wicking, neon, personal trainer look, rather than a classic, masculine look that pays homage to the great game that we all enjoy.

It’s hard to pin down when golf attire changed.  In the mid-90’s, you had Nike make a splash with their now defunct B-league tour, and then landing Tiger Woods as the face of their brand.  Nike brought a ‘new money’ country club style to golf attire, with somewhat brighter clothes, but everything was still baggy.

The biggest change happened in the late 00’s when the technical fabrics became en vogue.  Brands like Nike, Adidas, Fairway & Green, and later Peter Millar, Footjoy, and Under Armor have capitalized on the new fad.  Not only with golf shirts, but with pants, shorts, pullovers, and hats all being made of the stretchy poly material that doesn’t collect sweat. 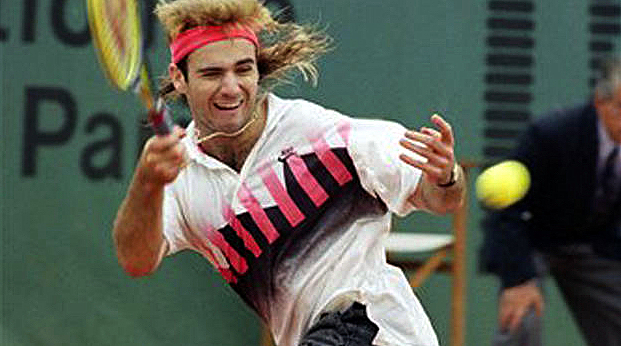 The problem is that the ethos of golf attire has jumped the shark.  It’s bad enough that technical wear is EVERYWHERE, and this wouldn’t necessarily be such a bad thing for golf, but there are limits.  There is this weird fascination with early-90’s-esque Andre Agassi tennis designs on cap-sleeved, uber neon golf shirts and pants that are too tight.  I get it: watch any tour event on TV and they are clearly going after a younger, non-country club audience.  This is great, and I’m all for it, but golf is hard enough.  You don’t have to dress like a Star Trek mechanic on vacation. 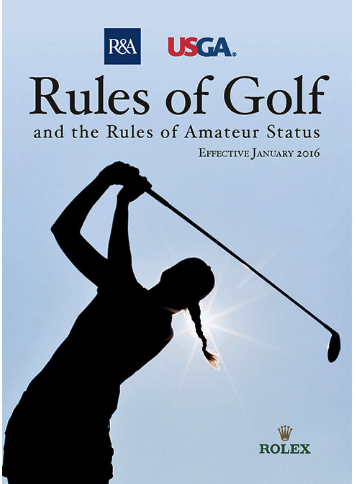 I believe that golf, in itself, deserves reverence.  Golf is as much about tradition and respect as it is about fairways and greens.  Golf relies on the honor system, and it is as accessible as it as ever been.  The PGA Tour is extremely popular these days, I would argue even more so than during the Tiger Woods era.  It’s a shame that the accepted look on the PGA Tour doesn’t reflect that tradition.  For the most part, golfers will swing the club anywhere from 70 to 100 times in a four hour period, AND ride 6500 or so yards in a golf cart, so you don’t need to dress in heavy duty technical attire.  I’ll give a pass if you are walking 18 with a caddie.

Disagree?  Well, how did all the greats survive until the mid-00s when the technical attire took hold?  Remember, the look back in the day was wool or polyester pants, cotton/poly blend golf shirts, leather dress shoes with metal spikes…and they swung the clubs just as many times as they do today.  And they walked all 18.  And probably had more fun.  They dressed like men: 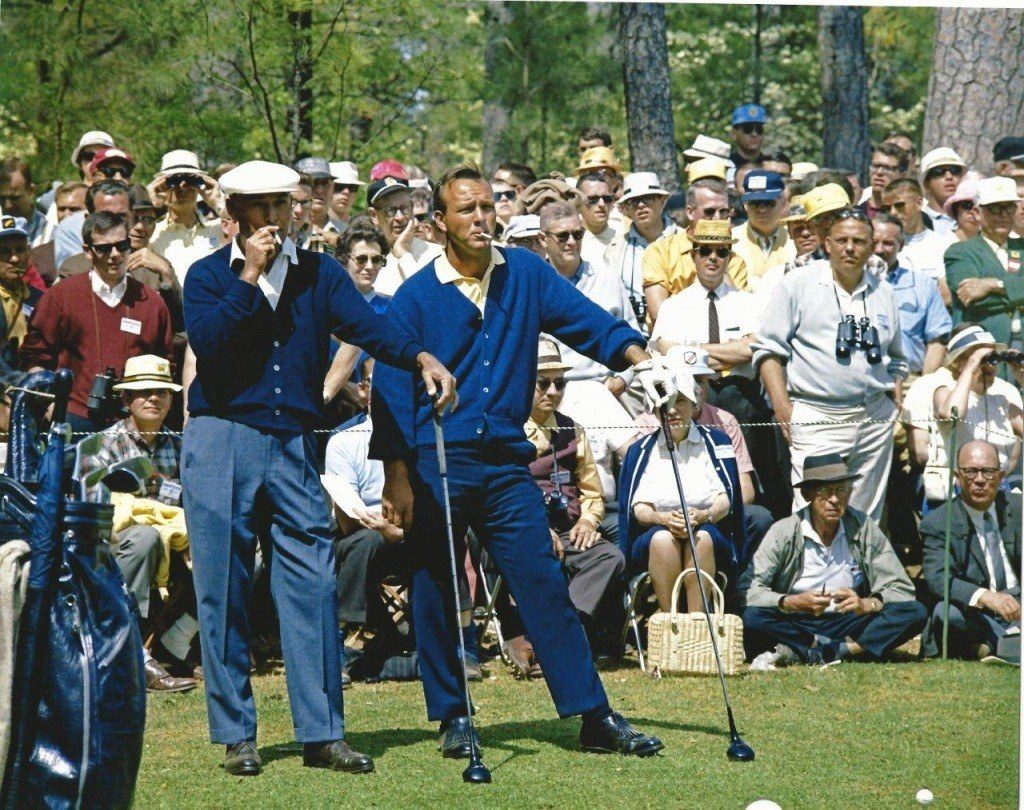 Personally, I prefer to play in cotton.  It wears better, and it’s not as ‘slick’.  Call me crazy, but I like a little patina.  The problem with 100% cotton shirts is that the sweat factor.  There’s no way around it, a sweat soaked shirt looks horrible: 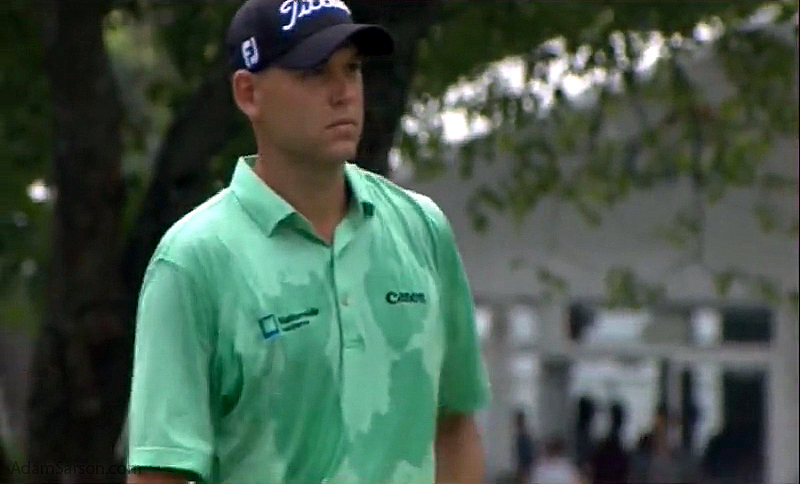 Beyond that, I stick with traditional golf shoes.  I haven’t gotten into the uber-athletic or skateboard look, as it is pretty sloppy.  I like a tour visor, or a white hat.  I like solid shirts, or a shirt with a subtle stripe.  I like shorts that have a 6-7″ inseam.

My flare is in the accessories.  I like Smathers & Branson or La Matera belts.  I think they give a subtle pop to a pretty basic outfit: 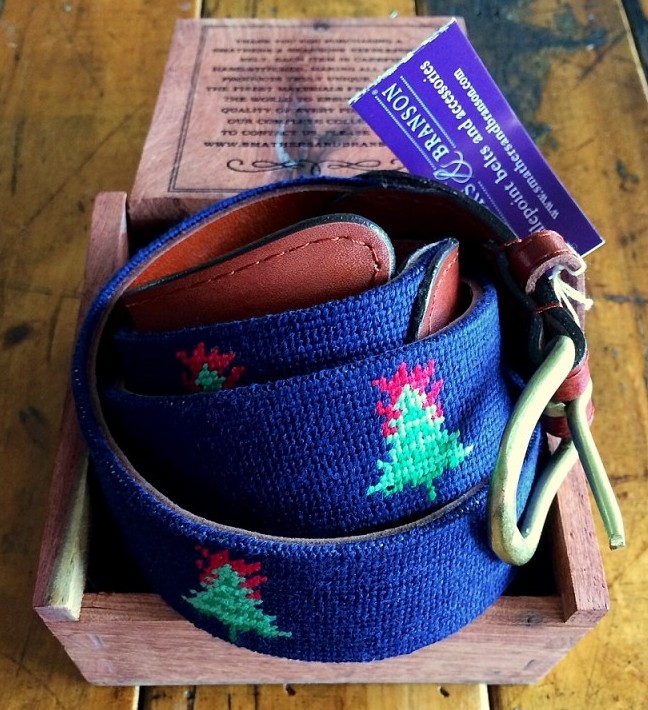 When I get a chance to play nice courses, I don’t buy a shirt.  I have plenty of golf shirts.  I look for something a little more fun, like a belt (above), or a Tervis.  They have longer staying power than another golf shirt.

I think a simple, traditional approach is better.

Here is who is doing it right: 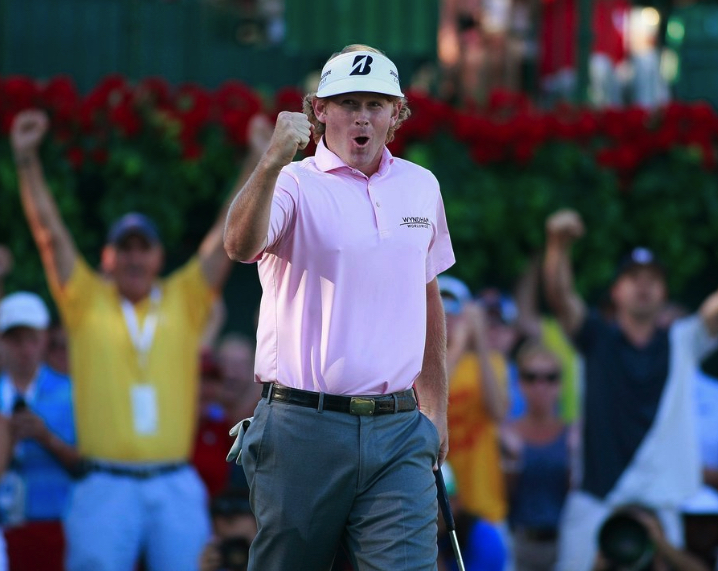 Brandt Snedeker: Wears a tour visor, and he constantly does pastels, but does them right (like above – with grey pants).  Also, he plays fast (extra points).  Brandt gives Peter Millar a good name. 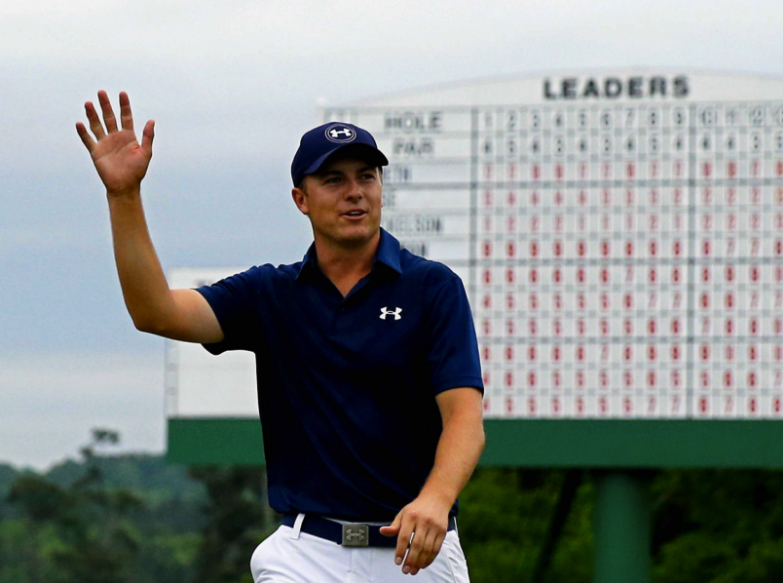 Jordan Spieth: It seems like every outfit he wears goes with his green jacket.  I get it.  I’d do the same thing. 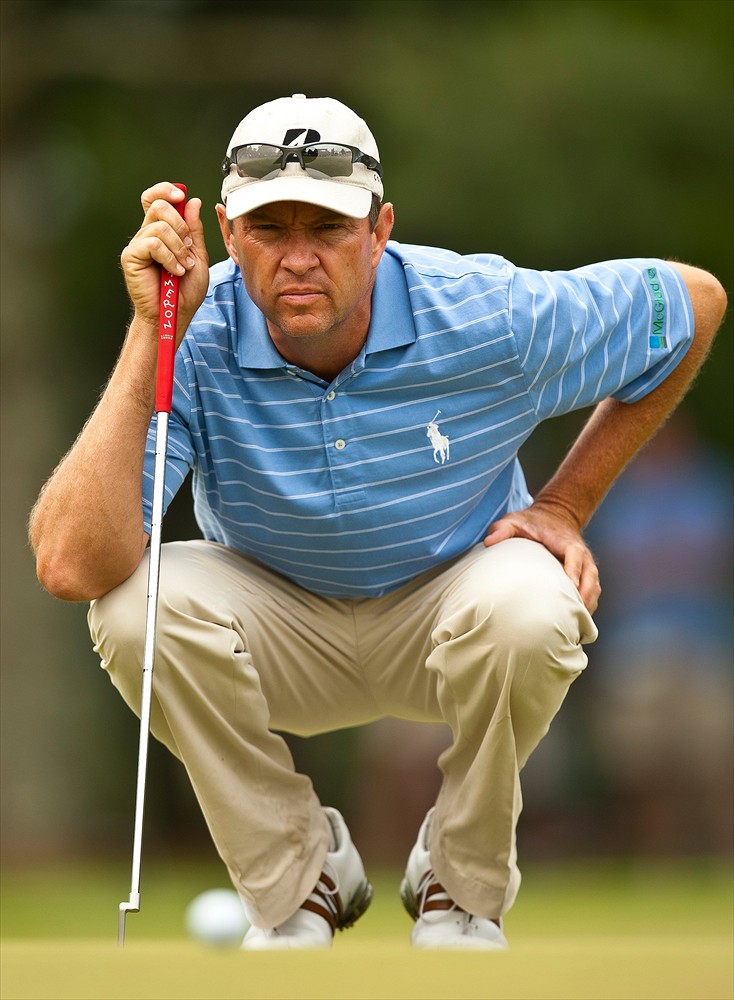 Davis Love III: He was always very well dressed, but when he signed on with Polo Golf back in the day, it brought it to a new level.  He’s resisted the tech/neon RLX stuff, and continues to look as good as anyone on tour. 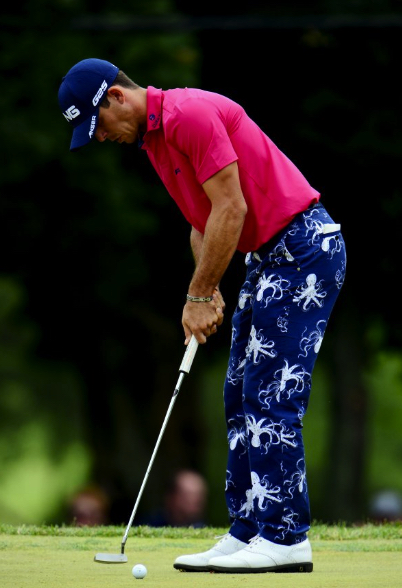 Billy Horschel: Octopus pants are the greatest thing to ever hit the course.  But then he goes and looks like he found the sale rack at Lilly: 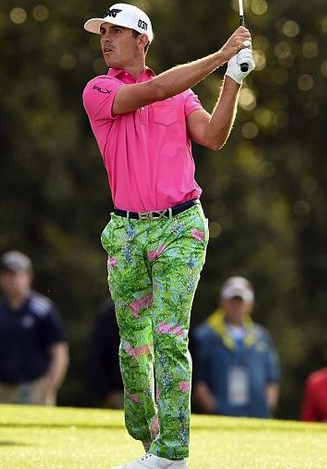 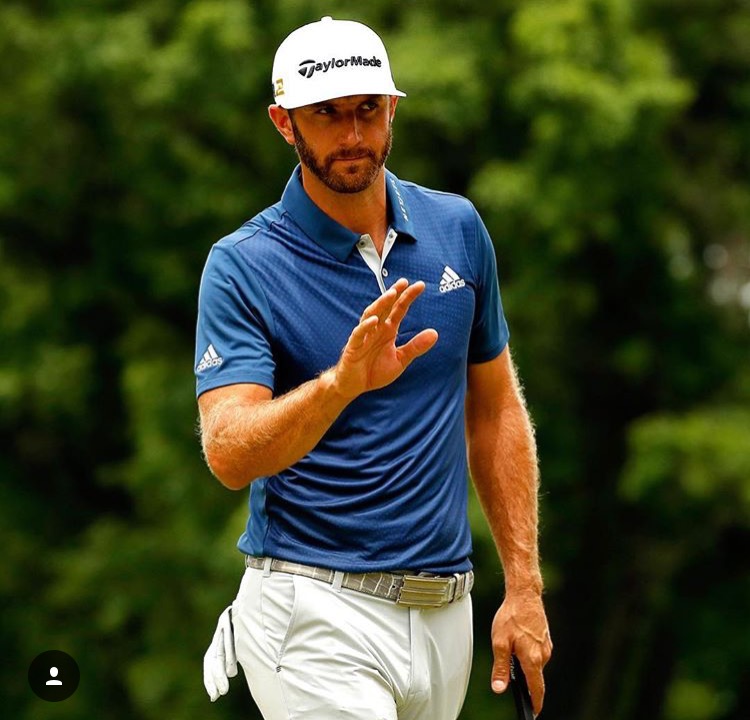 Dustin Johnson: He goes with solids a lot in the traditional primary colors.  Always looks great.  He wore the same outfit when he won the US Open, and then two weeks later when he won the Bridgestone.  Here’s the thing.  You know he’s fighting it.  You know he used to live in sleeveless world of low SPF and wakeboards during the day, and strip club rap and Marlboro Lights at night,  I don’t know if this is good or bad, hence why I’m on the fence: 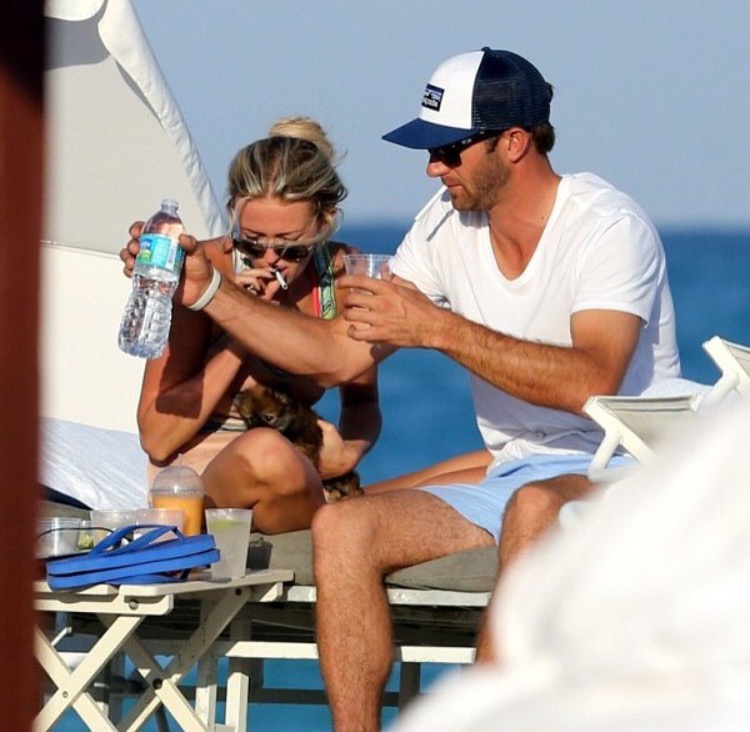 I’d currently rate DJ a ‘buy’.  There’s a lot of upside there.  I think his kid is helping him clean up. 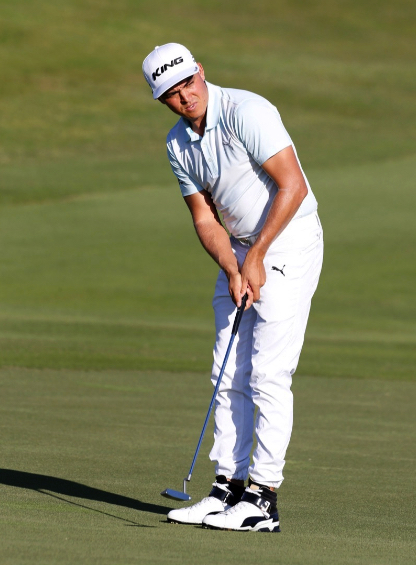 Rickie Fowler:  He was doing great after he signed Butch as his coach, but has recently fallen off the wagon.  The ex-high-school-athlete-school-janitor-wearing-high-tops look is tired.  And creepy. 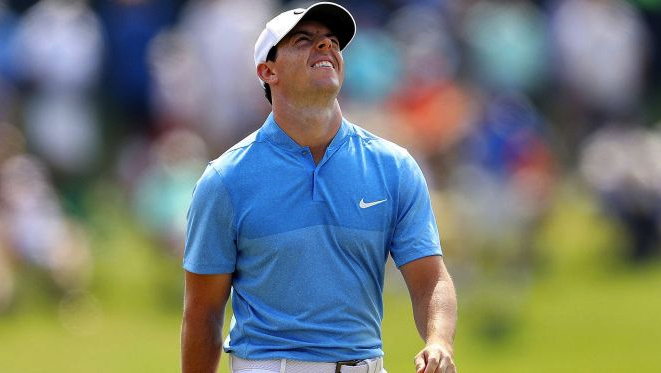 Rory McIlroy: Is that a henley from American Eagle?  And are your pants so tight you can’t squeeze out a fart?  Loosen up, bro. 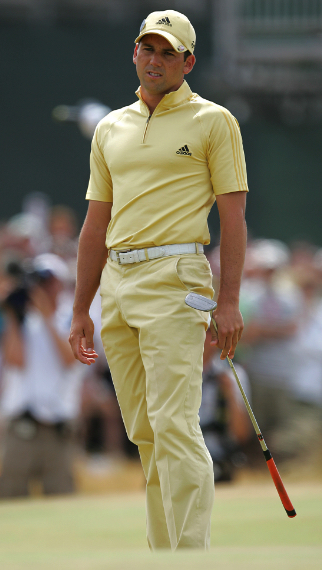 Sergio Garcia:  All banana everything.

What do these three guys have in common?  They are all sponsored by the big athletic companies who have a golf division (Puma, Nike, and Adidas).  They are working to gain market share by appealing to a younger audience.  While each of these brands have plenty of traditional golf attire, they choose to dress their sponsored players more risque.

Folks, I’m here to help.  While there is good in some of the bigger brands, there are some new golf brands out there doing great work.  While the too tight, neon, athletic look is all about ‘now’, the traditional look will always stay in style.  Especially on the golf course.  Here’s what I like: 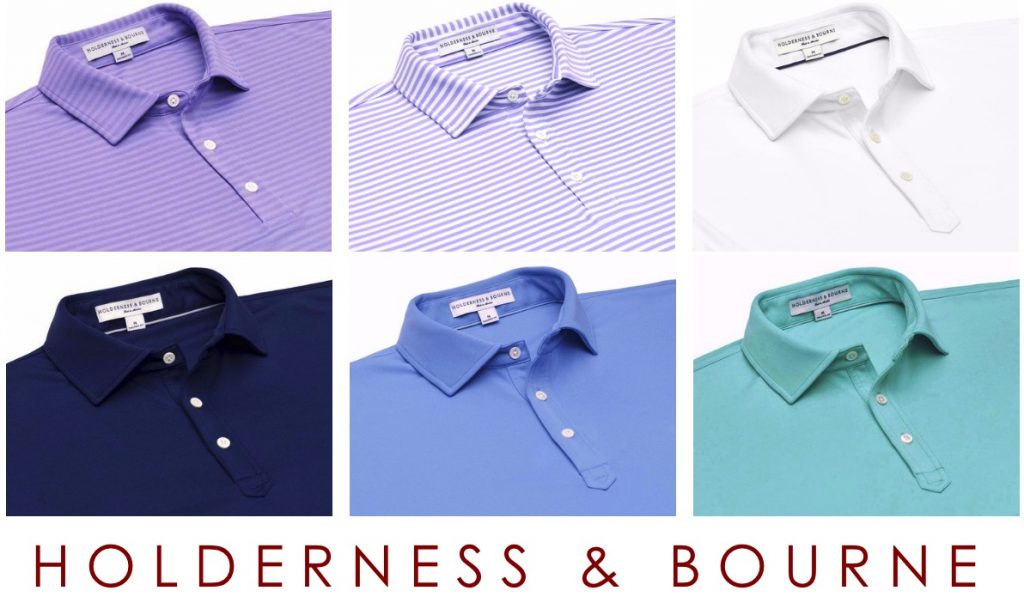 Holderness & Bourne: these guys are making small-batch-esque shirts and accessories that are American-made polys and cotton blends, they have a GREAT, tailored cut, and an even cooler spread collar.  The price point is great for what you get. 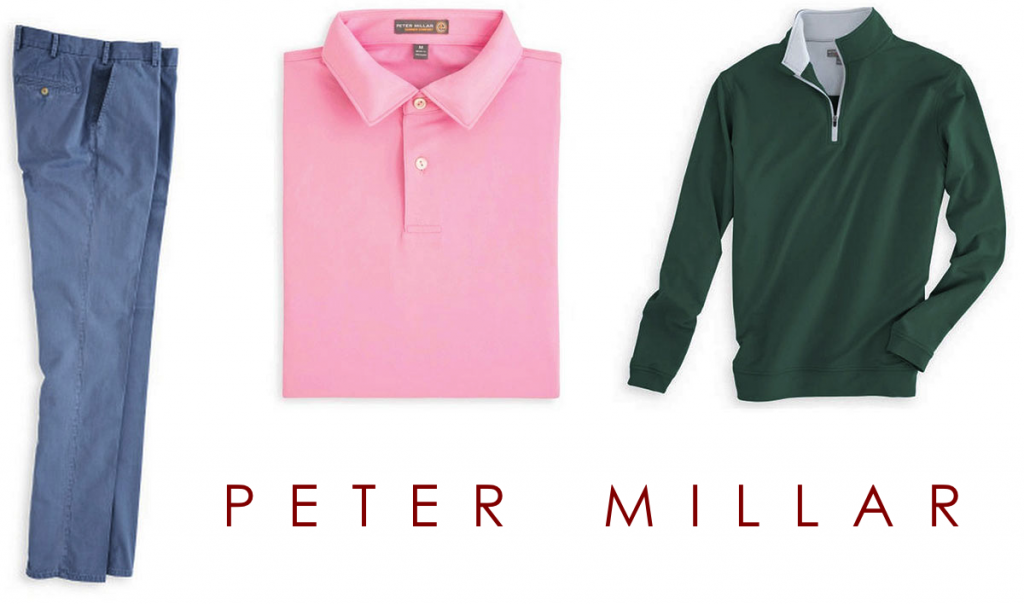 Peter Millar: Even though they are really focusing on their casual line, their golf gear is as good as there is on the market.  I love their pants and shorts, and their e4 pullovers are outstanding.  These have become the standard bearer in good pro shops.  They are in with The Masters, so they must be doing something right.

Linksoul: Let’s call it ‘California Cool’?  As they say: ‘make par not war’ seems to sum it up.  Their styles are what I would call non-neon updated traditional.  Most of their stuff is cotton, specifically their polos and layers.  Their ‘Make Par Not War’ trucker hat is a must, and no, that’s not a flat bill.  It bends.  Just like your duck-hook.

Criquet Shirts: I’ve been a fan of these guys ever since they got going.  Outstanding style and actually very traditional.  Their shirts hold up well, and have a good price point.  Their new stripes are great for early Spring, before the humidity sets in. 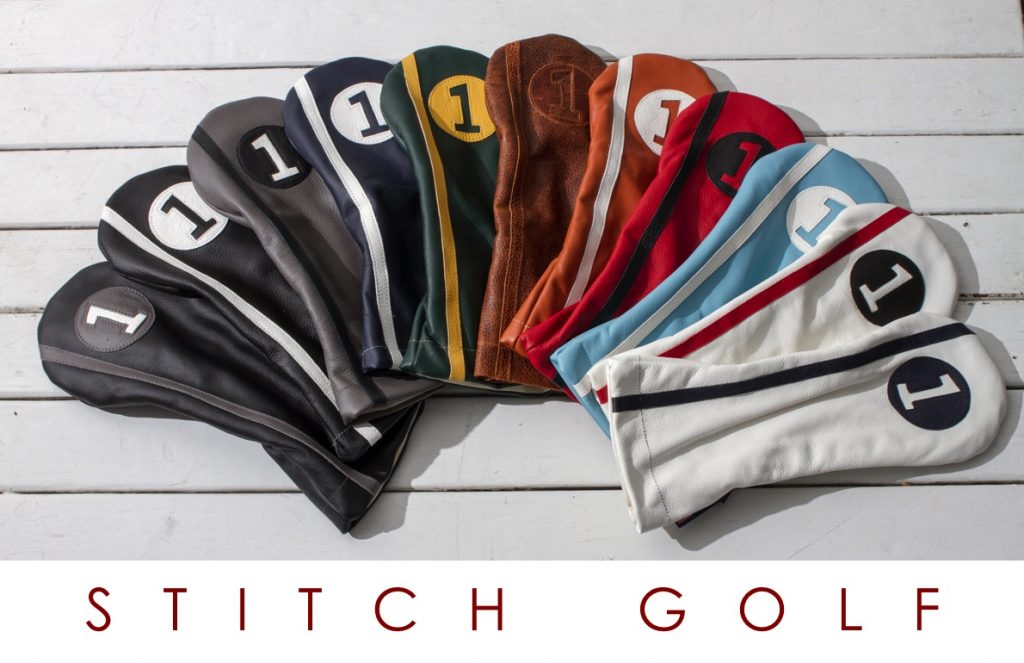 Stitch Golf:  Along with the ‘hip’ attire, headcovers have really become over the top.  A 460CC driver’s headcover doesn’t need to be the size of a spare tire with NASCAR level branding.  Stitch Golf has GREAT headcover designs that are super stylish, and very functional.  Check out the whole collection.

I’ll finish with this:  Golf is one of those events where great memories are made, whether it with your family (dad, brother, grandfather, son, grandson, etc.), with your friends, or with your co-workers.

Think about that once in a lifetime opportunity to go play Burning Tree, or Merion, or Riviera, or East Lake, or Augusta National.

Now think about that group picture on the 18th green.  It’s iconic.  It’s a picture that you’ll cherish for the rest of your life.

Now study that picture…and think about looking at that picture in ten years, when it’s still on your desk at the office.

What are you wearing in this picture?  Neon?  A skin-tight golf shirt?  High top golf shoes?

Don’t be that guy.

Do it right, folk.