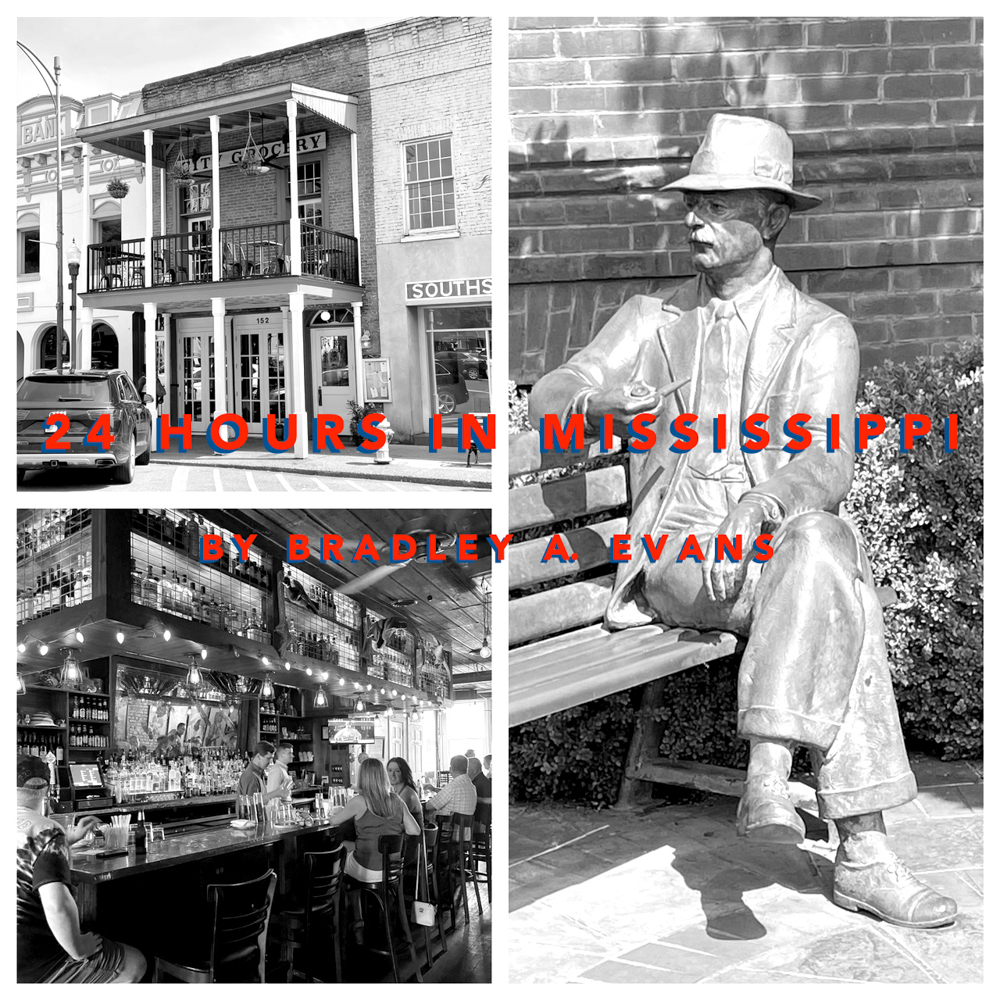 One of my favorite Jimmy Buffet songs is “I Have Found Me A Home” off his 74’ album, A White Sport Coat and a Pink Crustacean.

And that’s Oxford to me. It’s hard to nail it down to one thing, but it’s home – like a newfound childhood friend that just makes sense. Oxford did to me what Aspen, Newport, and San Francisco did before. The city immediately gets in your blood.

So that leads us to how I ended up in Oxford. Even though I’m in my forties, my buddies and I still act like we’re in our twenties (which is generous because it usually devolves into our teenage years – “Cup Check!”). Anyway, it unfolded like this:

That was it – and that’s how all these trips start with B. Floyd. We’ve been buddies for almost 30 years and we’ve been through it all together. I mean ALL OF IT. Good, bad, tragic, and everything in between. Life is better with a friend who knows you better than you know yourself – one who knows what you need when you don’t – and who loves you unconditionally. That’s B. Floyd.

B. Floyd is a Southern Man in EVERY sense of the word – he unapologetically loves Dixie and sees no sense in venturing north of the Mason-Dixon Line. His other loves included the Atlanta Braves, Hank Jr, and duck hunting in the Delta. He belongs to more hunting clubs than Giuliani does golf clubs. His basement is a shrine to ducks and Kentucky bourbon. When his Dad passed away he inherited a collection of limited edition bottles of Makers Mark that will someday go to his son. So when a character like B. Floyd says you’re going to Mississippi, you go – no questions asked. 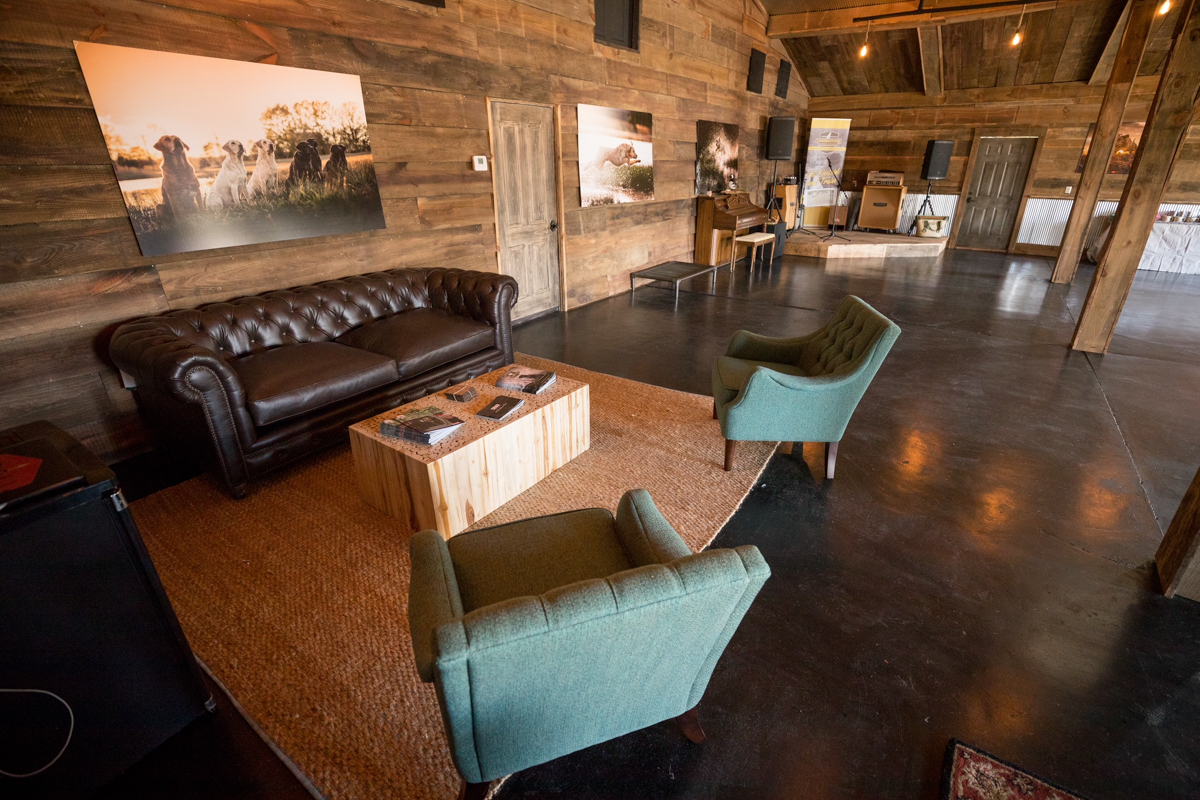 We left Atlanta at 6:30 on the dot. Like any good redneck, B. Floyd is never late. First stop was Tupelo to drop off his new bird dog at Southern Oak Kennels for more training. The operative word here is “more” – he has spent over ten grand on this Labrador. Her name is Cricket and though she’s a pup, she has the discipline of a West Point cadet. She spent her first summer being trained in Michigan and the following winter in Mississippi.
I didn’t know places like Southern Oaks existed. For starters, they have a full bar and it’s decorated like Garden & Gun had a hand in it. The owner, Barton Ramsey, is a gentleman who knows his shit. I suppose I didn’t understand how serious Mississippi takes its duck hunting until I saw his place. If you’re looking for a world-class bird dog, rest assured Barton is the man to call. 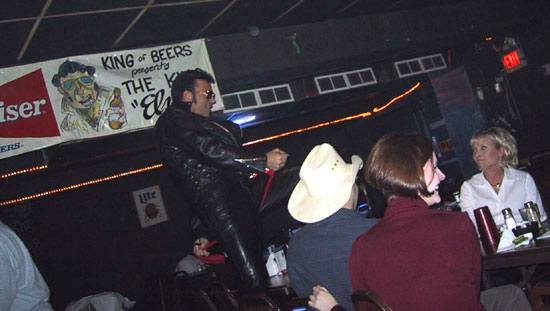 After we dropped off Cricket we headed to Elvis’ place of birth to pay homage to The King. Oh yeah, Elvis is another one of B. Floyd’s obsessions. For our Atlanta readers, y’all may remember The Lantern Inn at Lake Lanier. For $20 you’d get unlimited fried chicken and an Elvis impersonator who told dirty jokes, draped scarves around women’s necks, and passionately closed out the evening with a drunken rendition of Dixie. For most people it was a one-and-done thing; for B. Floyd it was an all-the-time thing. He was a regular. So visiting The King’s childhood home was a must. Truth is, there isn’t a hell of a lot to do, but it’s fun – like seeing the world’s second-largest ball of twine.

After Elvis, we headed up I-76 to Oxford. Now you have to understand, for years I’d been embarrassed to admit I hadn’t stepped foot in Oxford. It’s sacred ground for writers, and quite frankly, it was unacceptable that I hadn’t made the pilgrimage. As an undergrad at UGA we played Ole Miss once in Oxford, but it was late in the season and I was usually broke by the Florida game on account of my Boar’s Head tab, so a road trip wasn’t in the cards.

B. Floyd and I were starving upon arrival, so in lieu of gizzards at a Choke & Puke, we parked downtown and had lunch at Bouré. B. Floyd got the Po Boy and I opted for the Fried Chicken Sandwich. He swore it was the best one he’d ever had and I the same. We ate at the bar, enjoyed the scenery, and watched Mississippi State tear apart Notre Dame in the College World Series. Two thumbs up. 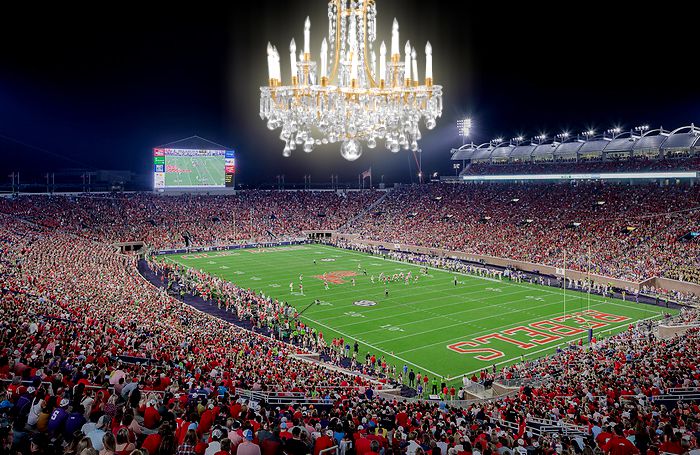 This Photo Says It All

With a full stomach, we headed to The Grove and Vaught-Hemingway Stadium. As SEC fans, we had to check out where the Ole Miss Rebels play. I make it a point of visiting college football stadiums when I travel – and Vaught-Hemingway is a shrine to Southern football. Zero complaints thus far. Except the heat – my God the heat! 94 degrees, muggy, without a leaf moving on campus.

About a mile from the stadium is Rowan Oak – William Faulkner’s antebellum masterpiece. This is as good as it gets for a writer, and where I really started to fall in love. I’ve visited Hemingway’s grave in Sun Valley and Hunter Thompson’s fortified compound in Aspen, but Rowan Oak is in a league of its own. 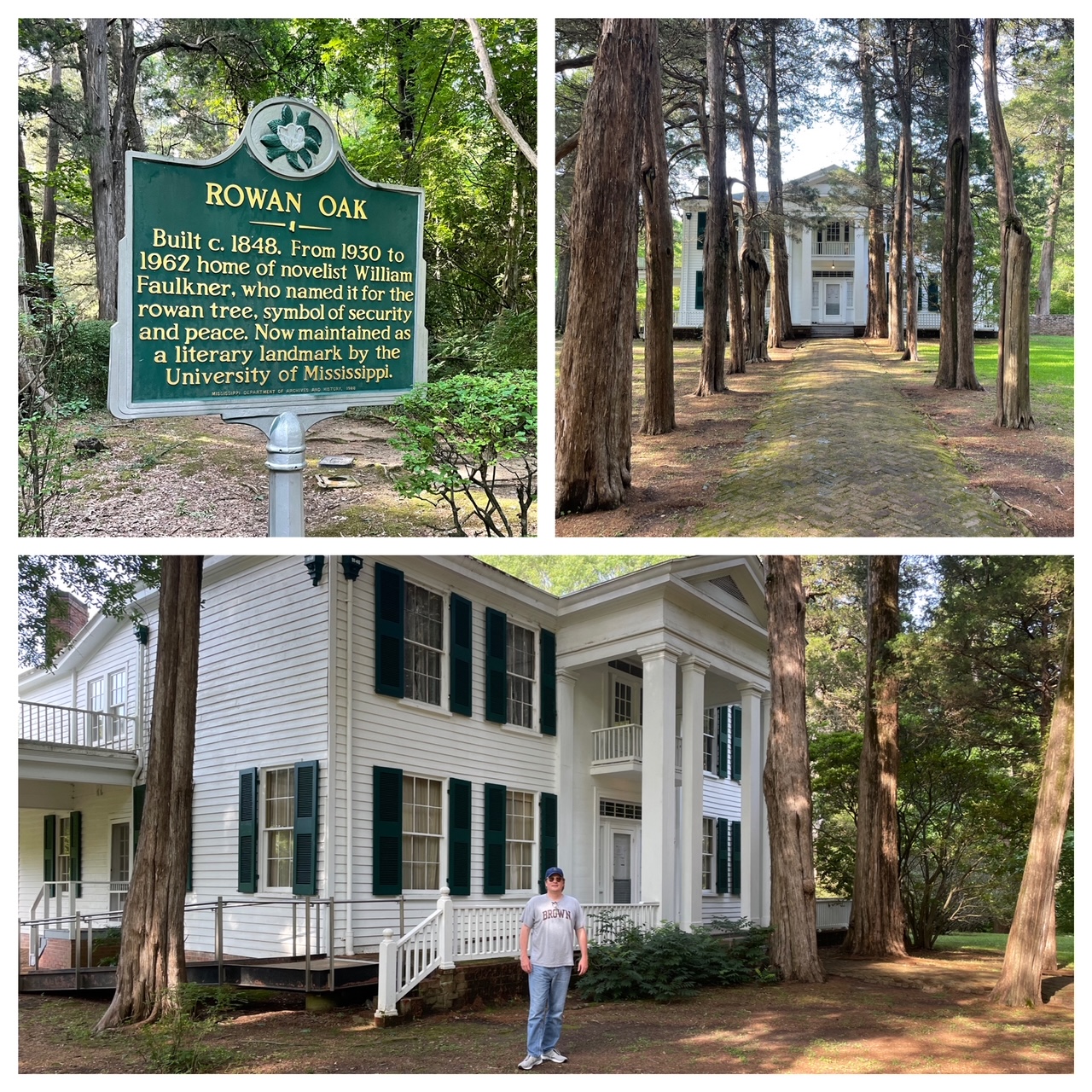 Built in 1848, the home sits stoically behind a Cypress-lined path, that judging by the width of it, was built for horse carriages and not automobiles – suffice to say it’s authentic and meticulously maintained by the University. I’ll bet damn near 90% of the property rarely sees sunshine on account of the shade from those ancient trees. The entire property is just stunning and quintessentially Southern.

Rowan Oak seeps in your veins like a shot of moonshine – eventually making its way through your body and into your soul. The greatness of Faulkner, the allure of Oxford, and the beauty of Mississippi become a part of you. It may sound odd to some and I’m sure it isn’t the case with everyone, but it damn sure was for me.
We eventually found our way to City Grocery in The Square. Similar to how I visit football stadiums when I travel, I also seek out historic bars. I’ve found you can learn a lot about a city by its watering holes (and its libraries). City Grocery is flat out a cool gin joint. And y’all don’t have to take my word – Garden & Gun named it one of the best Southern Bars. B. Floyd drank his weight in beer while I enjoyed people watching. And boy let me tell you – there’s a LOT of people watching in Oxford. 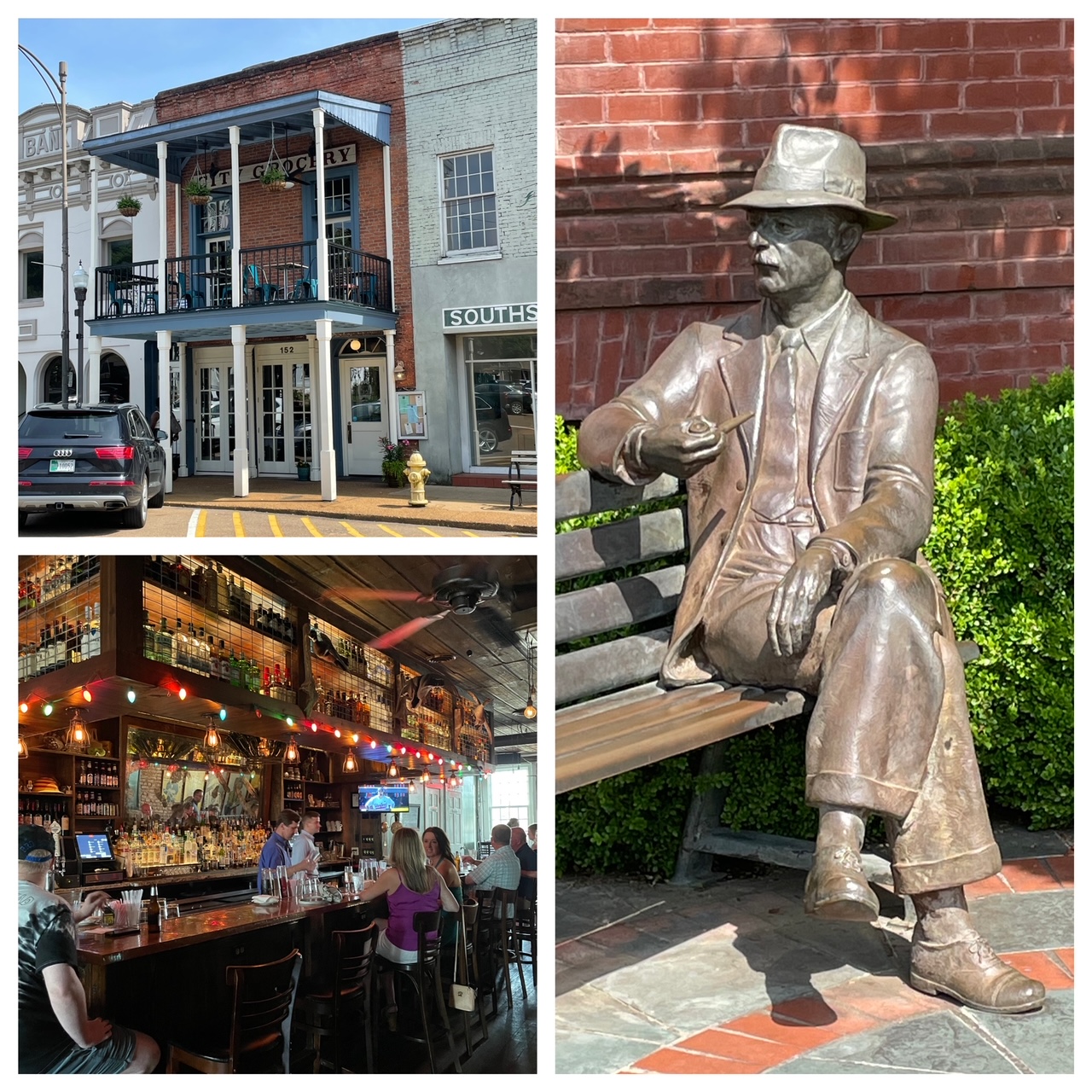 For starters, the entire town looks like it came straight out of the pages of a J. Crew catalog. Women are dolled up and the gentlemen carry a casual confidence; from how they stroll around to their pointed appearance. Dare I say Oxford may be the best-dressed town I’ve been to. And for our non-Southern readers…no one parades around dressed like Atticus Finch.

We capped off the evening with supper at the Oxford Grillhouse and it did not disappoint. Steaks were dripping with fatty flavor, etouffee was spot on, and the atmosphere was perfect. Again, I felt like I was dining in a Garden & Gun spread. If I didn’t know any better, I’d assume everyone knows one another in Oxford. Folks bounce around from one table to another slapping backs and laughing.

Mississippi is its own world. I’ll bet you’ve never met a Mississippian who wasn’t proud of it. I know I haven’t. And if one meets another you might as well take a seat and pull out the newspaper because they’re gonna talk – for a while. And even though I’m but a pilgrim in their sacred land, there’s a little Mississippi in my blood.

To quote Mr. Faulkner, “To understand the world, you must first understand a place like Mississippi.”

Contributor Bradley A. Evans is a good buddy, a UGA grad, and an idea guy. He is the former Chairman of the Committee for the Re-election of J.D. “Boss” Hogg for County Commissioner. We’re lucky to have his thoughts here at RCS…more to come