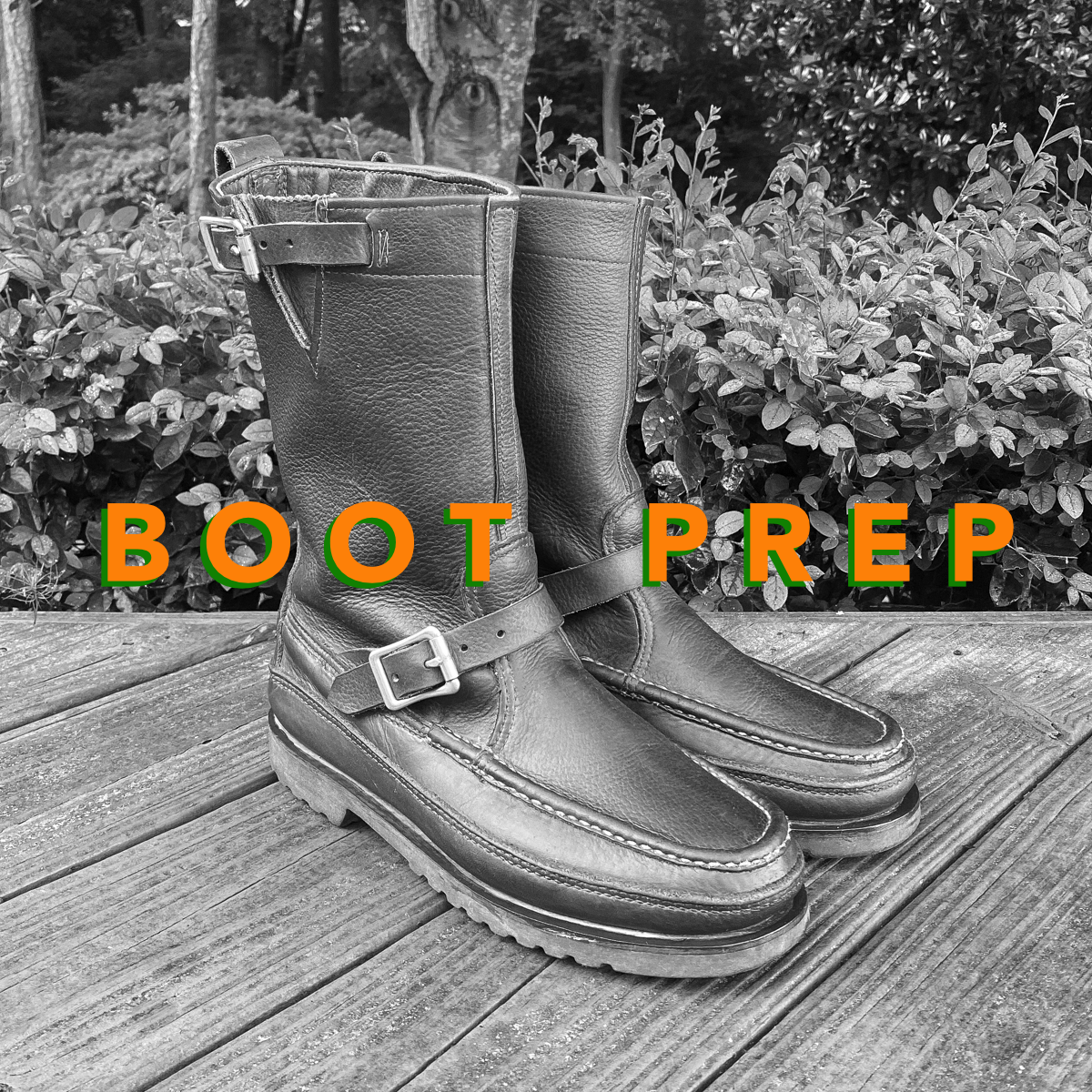 I talk a lot about investment purchases.  Those ‘buy once, cry once’ buys that may hurt the checkbook up front, but have a really high-value proposition.  Items that can be repaired without losing functionality.  Items that have a loooong life span.  Russell Moccasin boots fit into that category.  Those of you that own Russells are well aware of their quality, second only to the quality of the team in Wisconsin who has been hand-making these boots since the dinosaurs roamed the Earth.

I got my first pair of Cavalier Crossovers back in the Summer of ’18.  I ordered them at SEWE and they came a couple of months later…just in time to break in for quail season.  I did an out-of-the-box review here...  These boots have been my go-t0 hunting boots.  I’ve worn them casually quite a bit, but they have been to South Dakota (twice) and quail hunting numerous times in Georgia, South Carolina, Alabama, and Florida.  Over the past three years, they’ve probably been on 30-40 hunts.

Normally I’ll give them a good cleaning and prep during their Summer hibernation, but I didn’t this year.  Shame on me.  It’s something that I highly recommend – take care of your boots and they’ll take care of you.

With quail season fast approaching, I thought I’d give them a thorough up-do.  Here’s how I take care of my boots:

First off, I always store them with shoe trees.  It helps to keep the shape, avoiding the dreaded toe curl.  Russells are made like a moccasin, so the rubber sole curling can cause the boots to become ill-fitting pretty quickly. 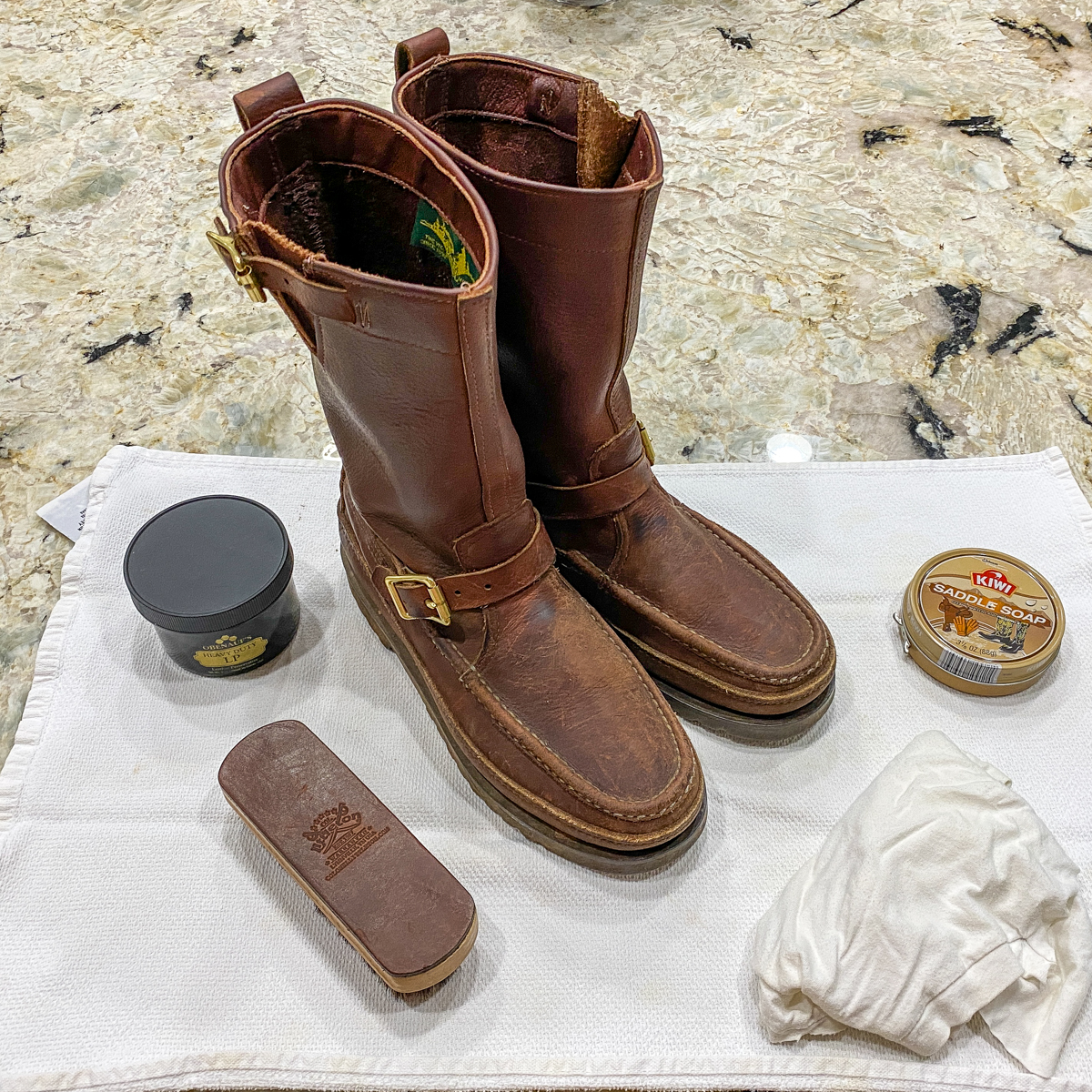 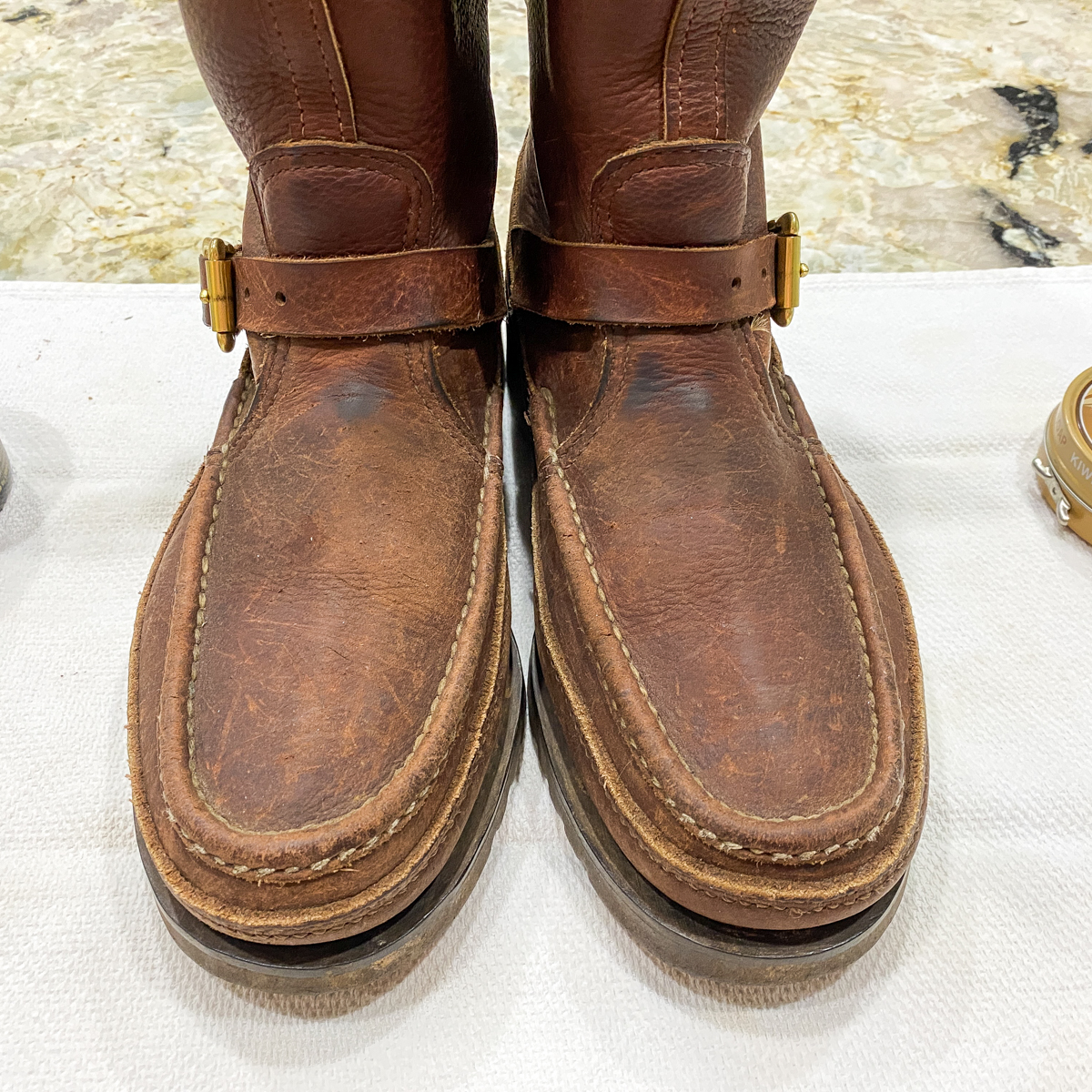 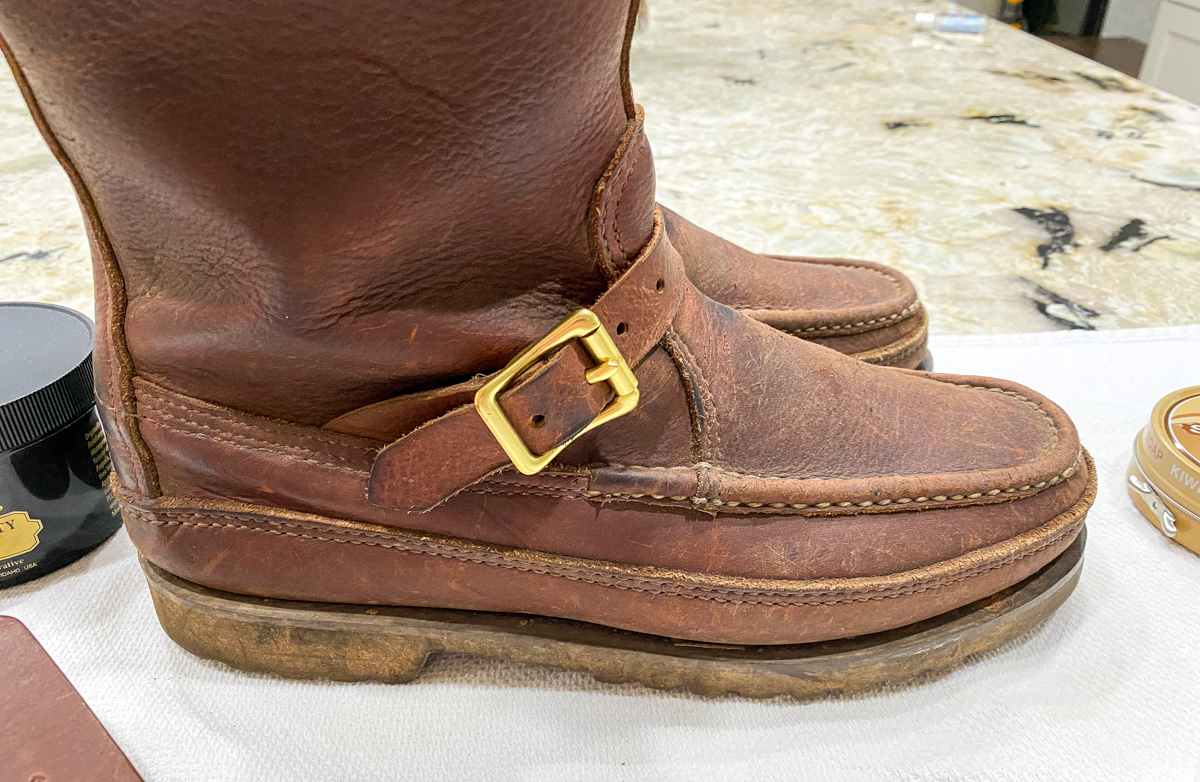 As you can see, my boots had a good season.  Plenty of scuffs and scratches, and a little mud on the treads.  My first step is to wash the rubber soles and brush them to death.  Brushing may seem like a waste, but it’s good to get all the dust/chunky stuff off the leather out out of the cracks. 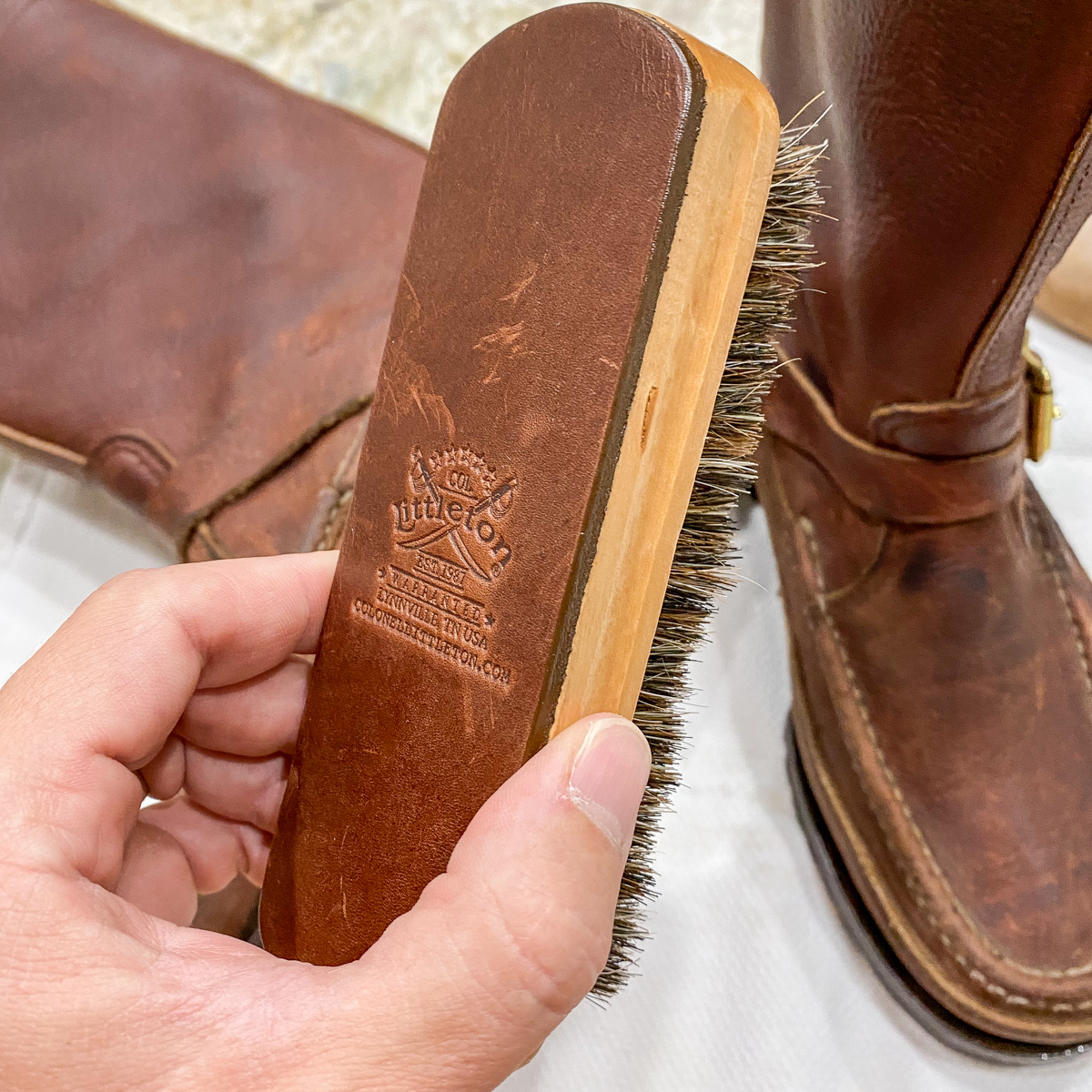 The next thing I do is give the boots a good dose of saddle soap.  I love this stuff – I’ve been using it all my life.  I started using it on my baseball gloves way back when.  As with most conditioners or cleaners, you don’t need as much as you think.  A little goes a long way. 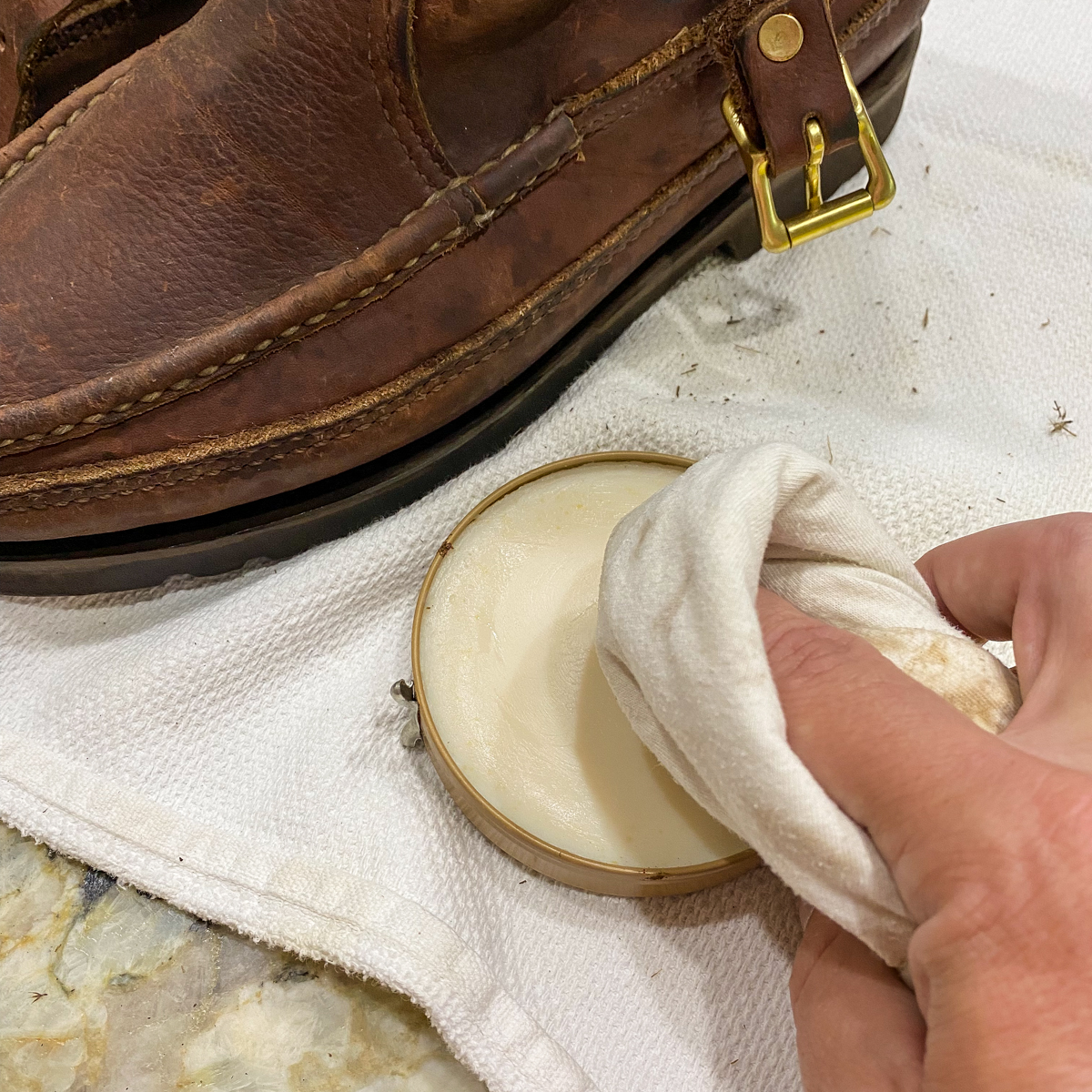 For the saddle soap application, it’s more about elbow grease.  Really give it a good rub down.  The boot on the right has been saddle soaped and cleaned.  It probably took about five minutes to get here: 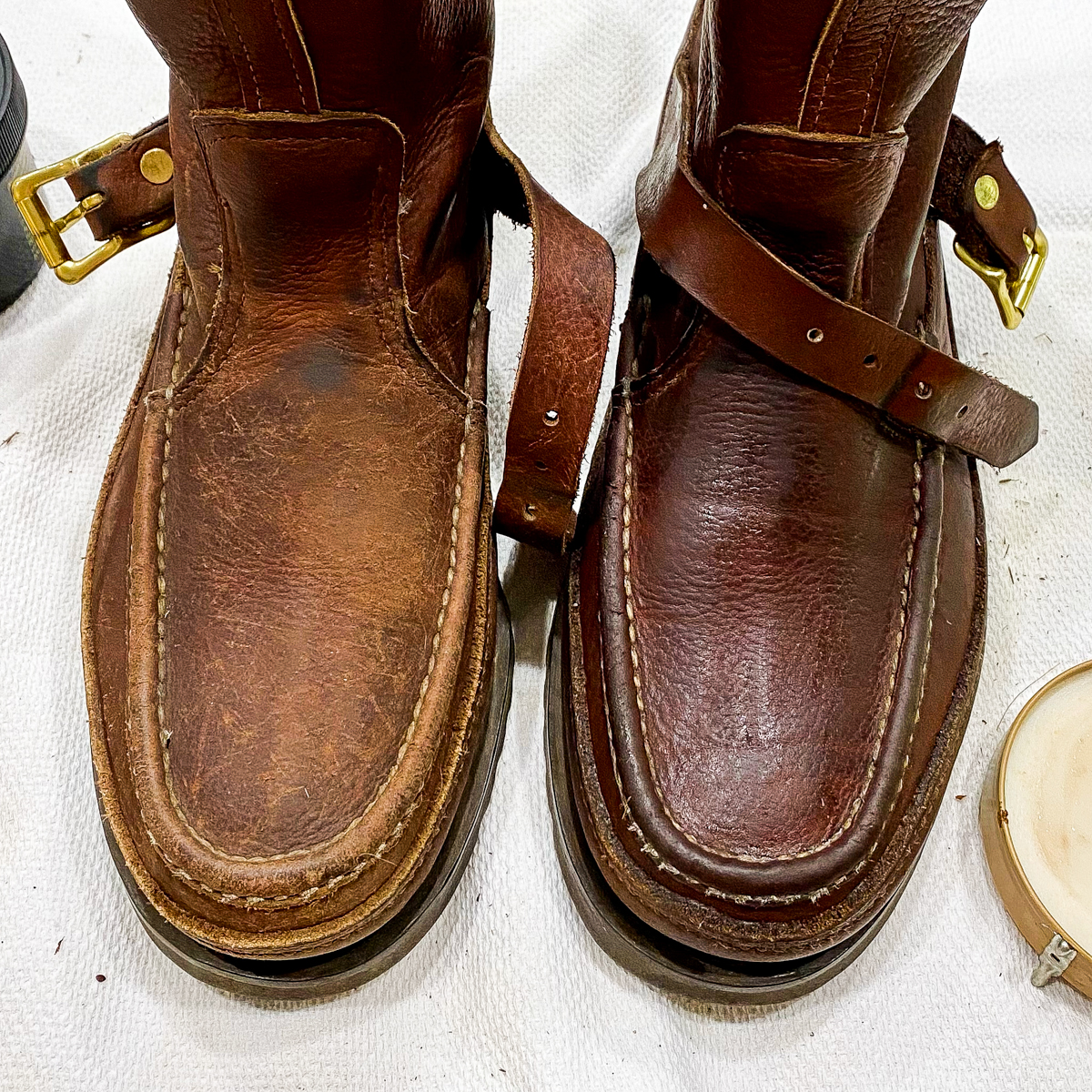 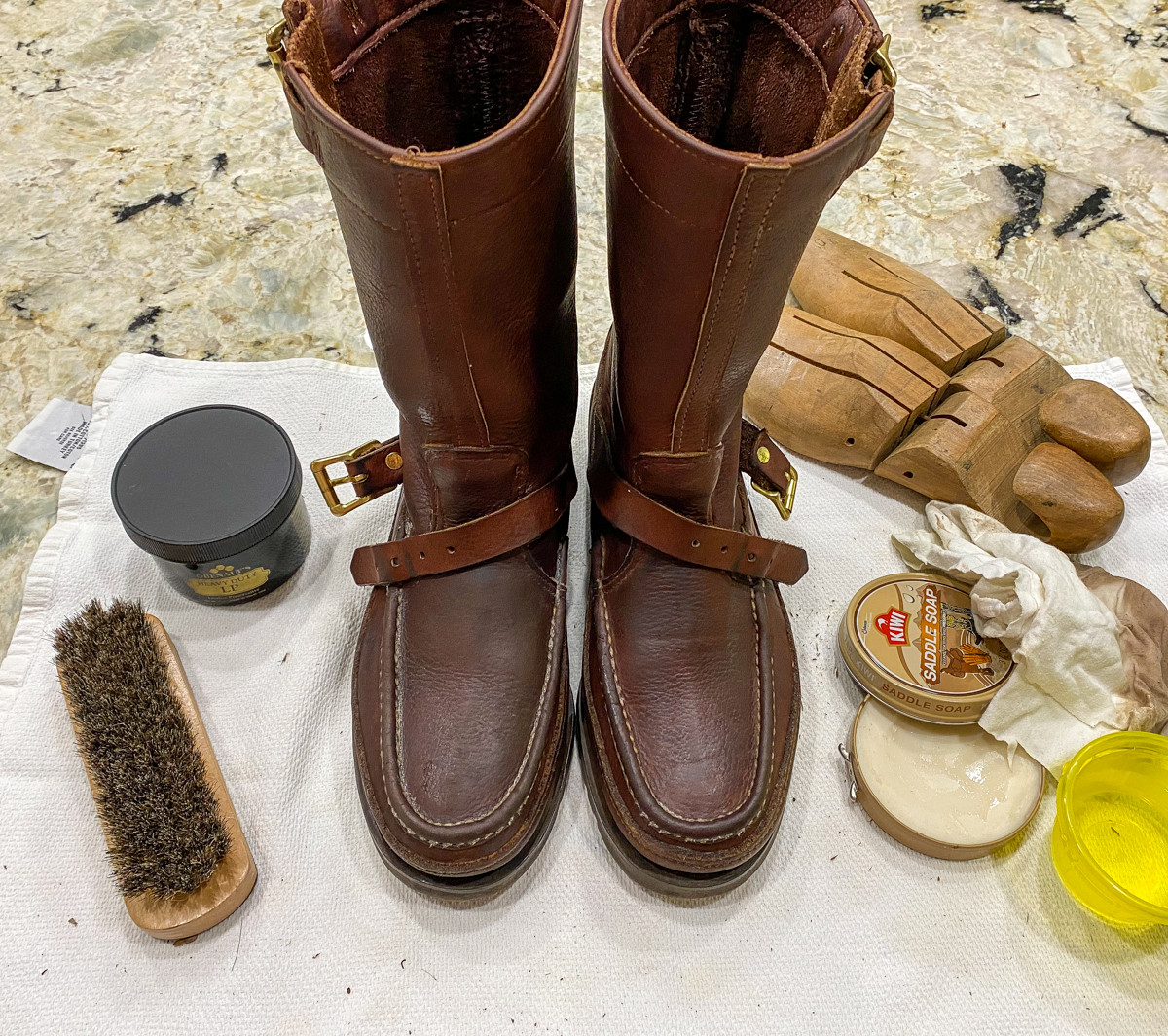 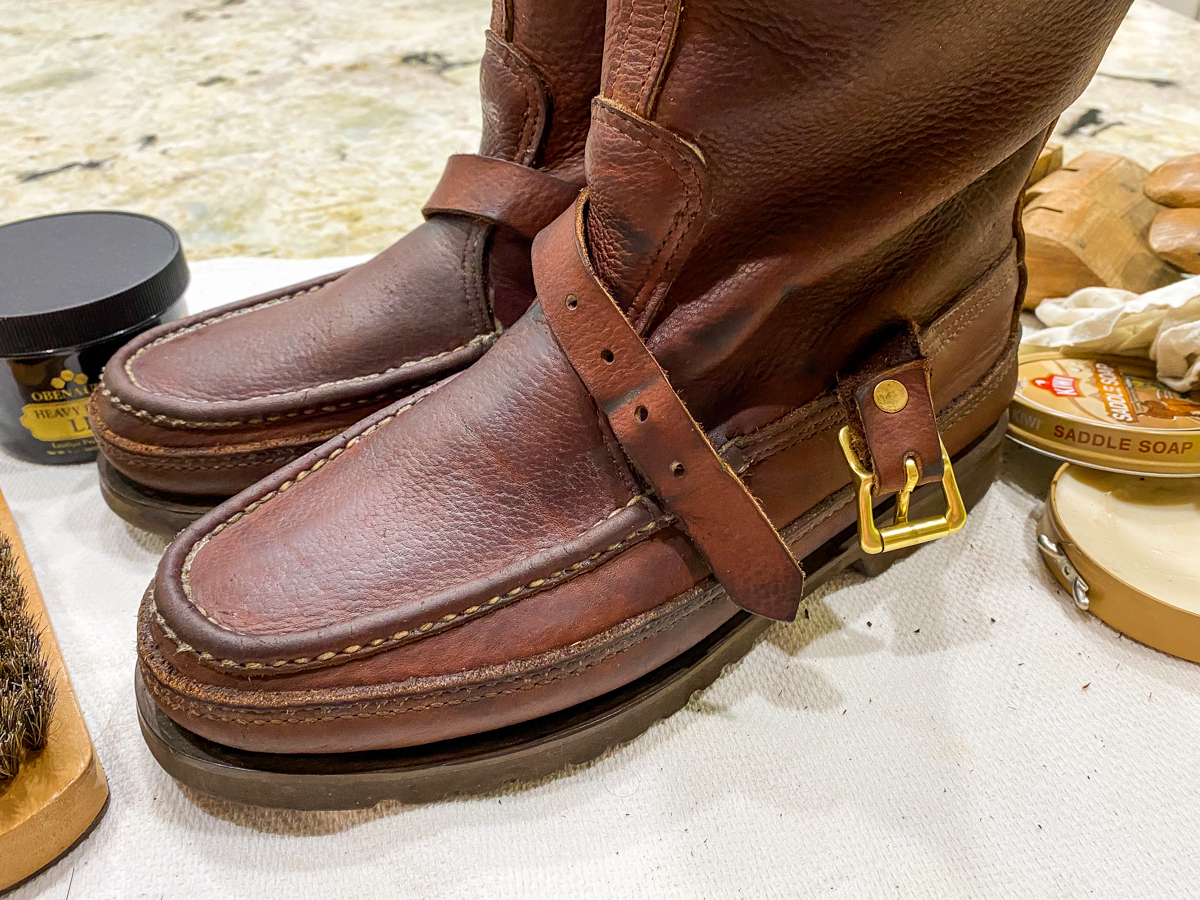 After saddle soaping both boots, I let them dry overnight. 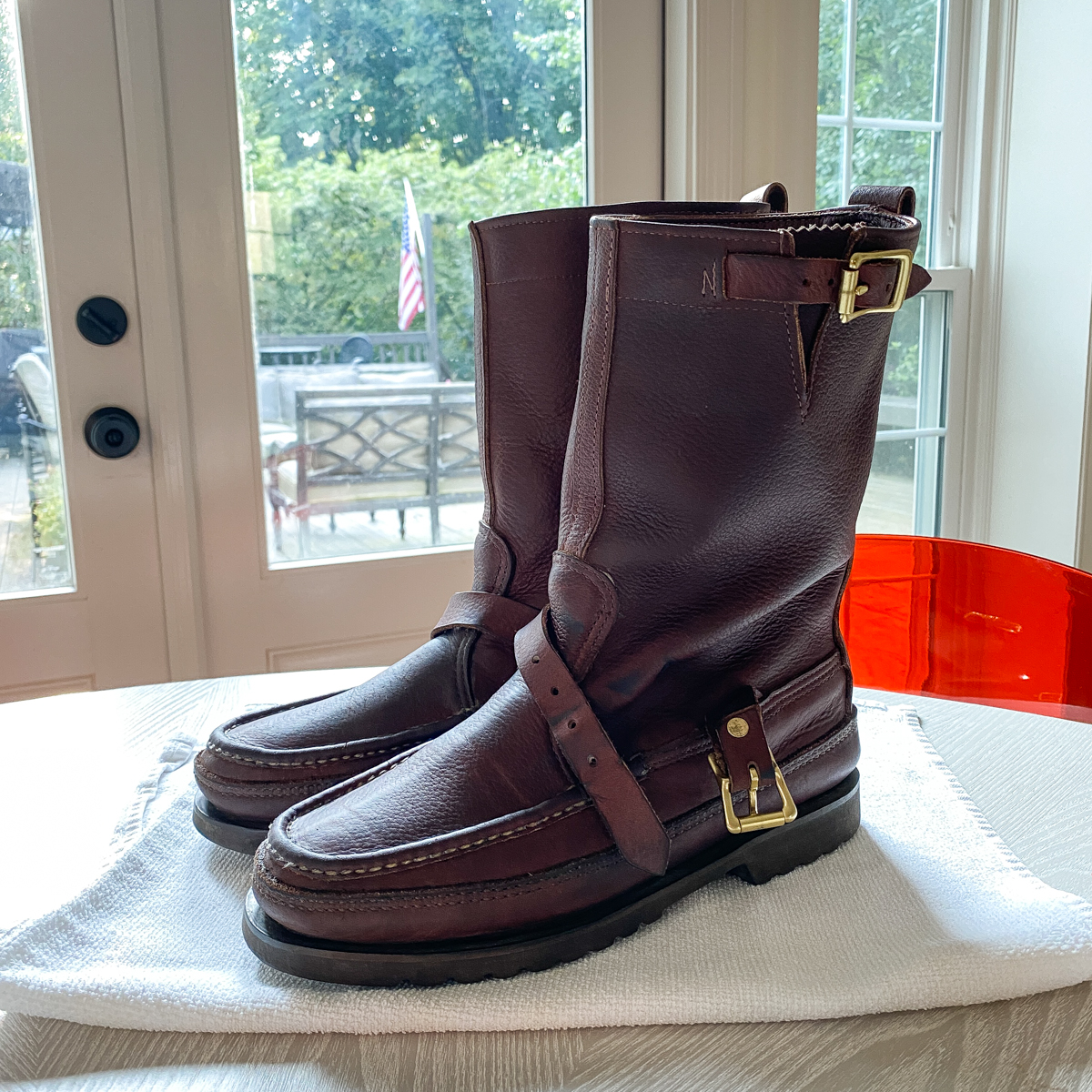 For the second phase of boot prep, it’s about conditioning the leather and giving them a little protection from moisture.  Russells aren’t waterproof boots, but being that they are leather, they can soak up and retain moisture and get HEAVY.  Trudging around a quail field for three hours with concrete boots is tough.  I opt for Obenauf’s.  It’s a great conditioner, and the beeswax gives them some protection from moisture. 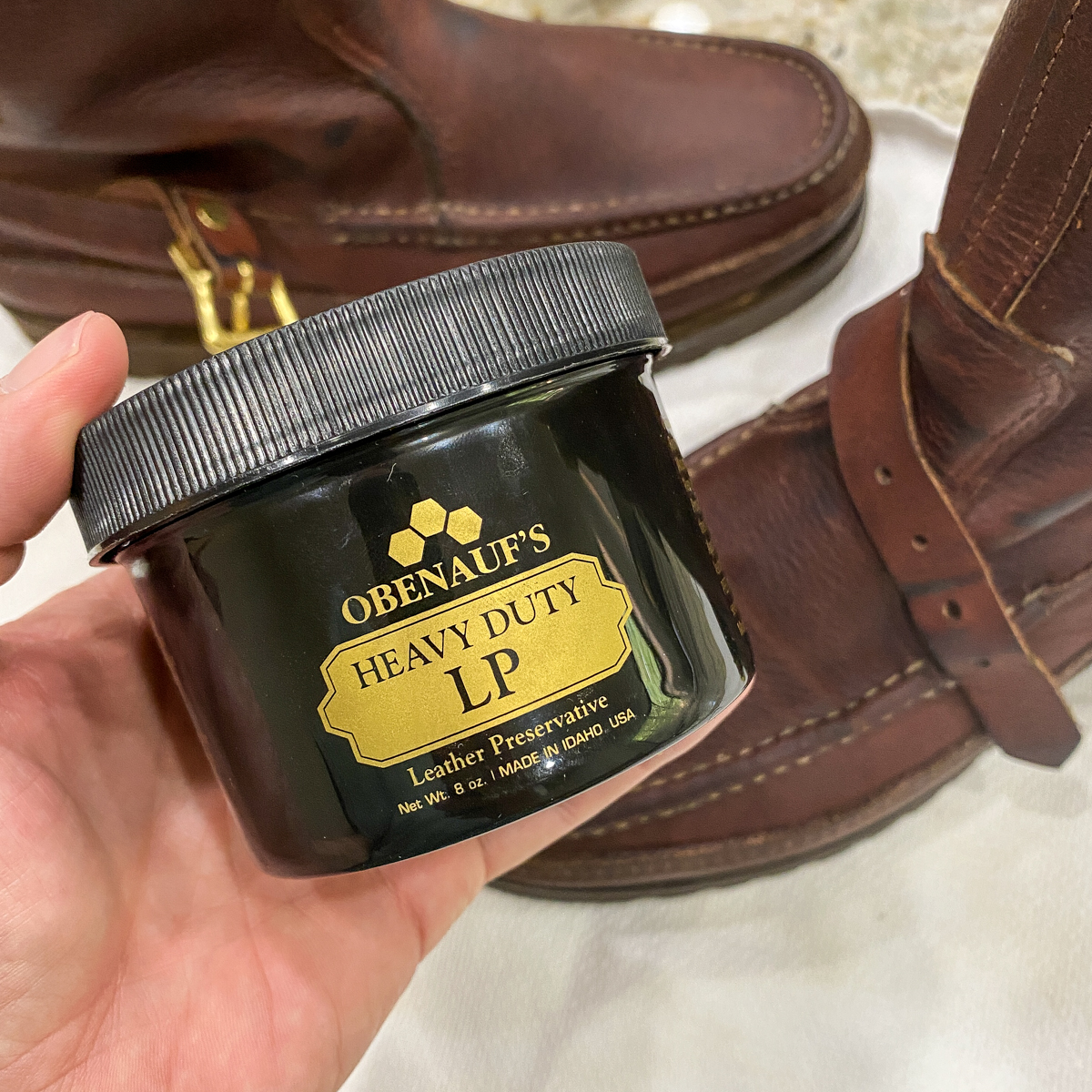 There are a million different ways to apply Obenauf’s, but I find the best way is with your fingers.  The heat from your hand will allow the wax to be easily applied. 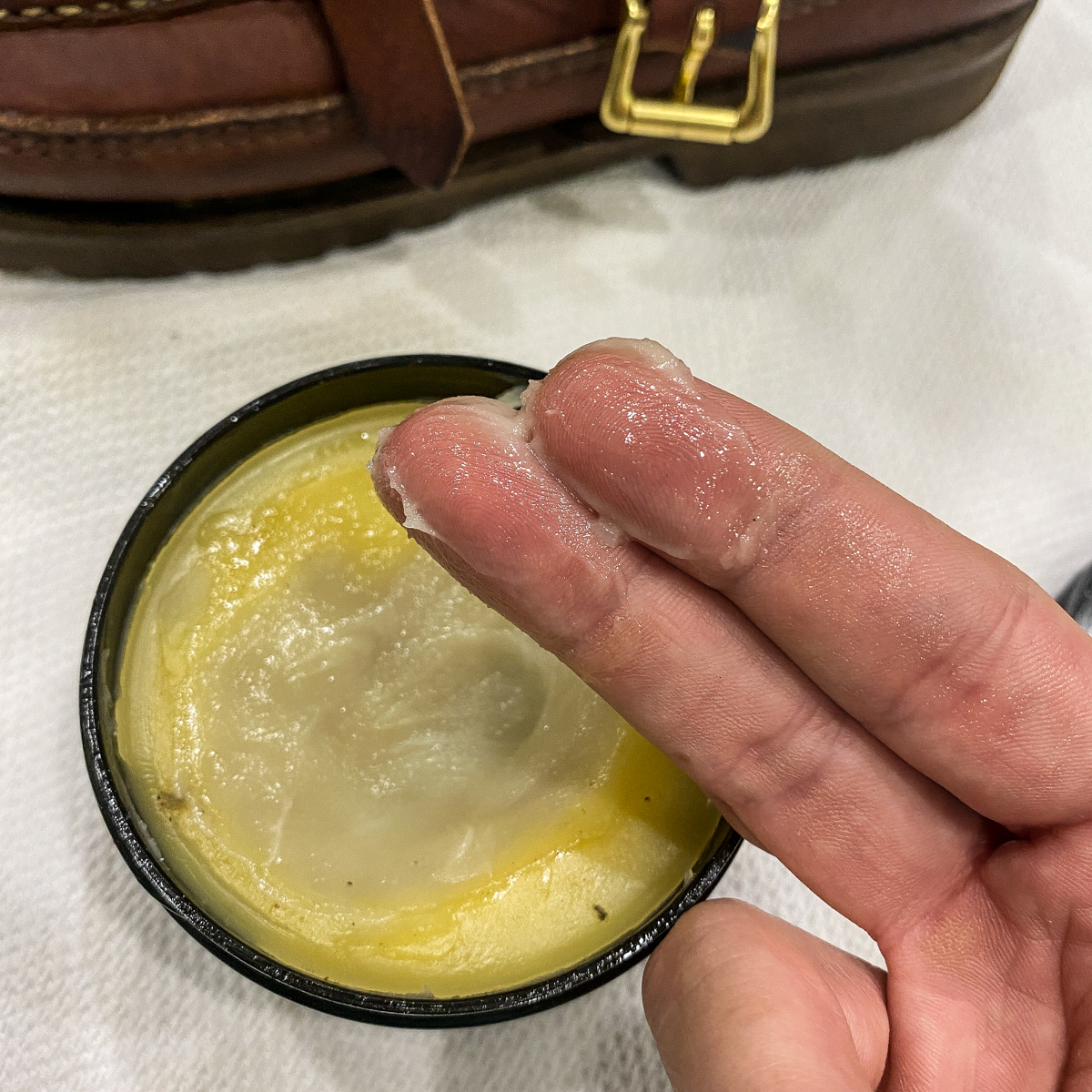 I use about this much ^^^, and go section by section.  Again – lots of elbow grease.  Really work the seams.  Below is right after I applied it to the bottom portion of the boot.  That took about 2-3 minutes of rubbing.  The leather soaks it in pretty well, and I don’t like to leave any residue. 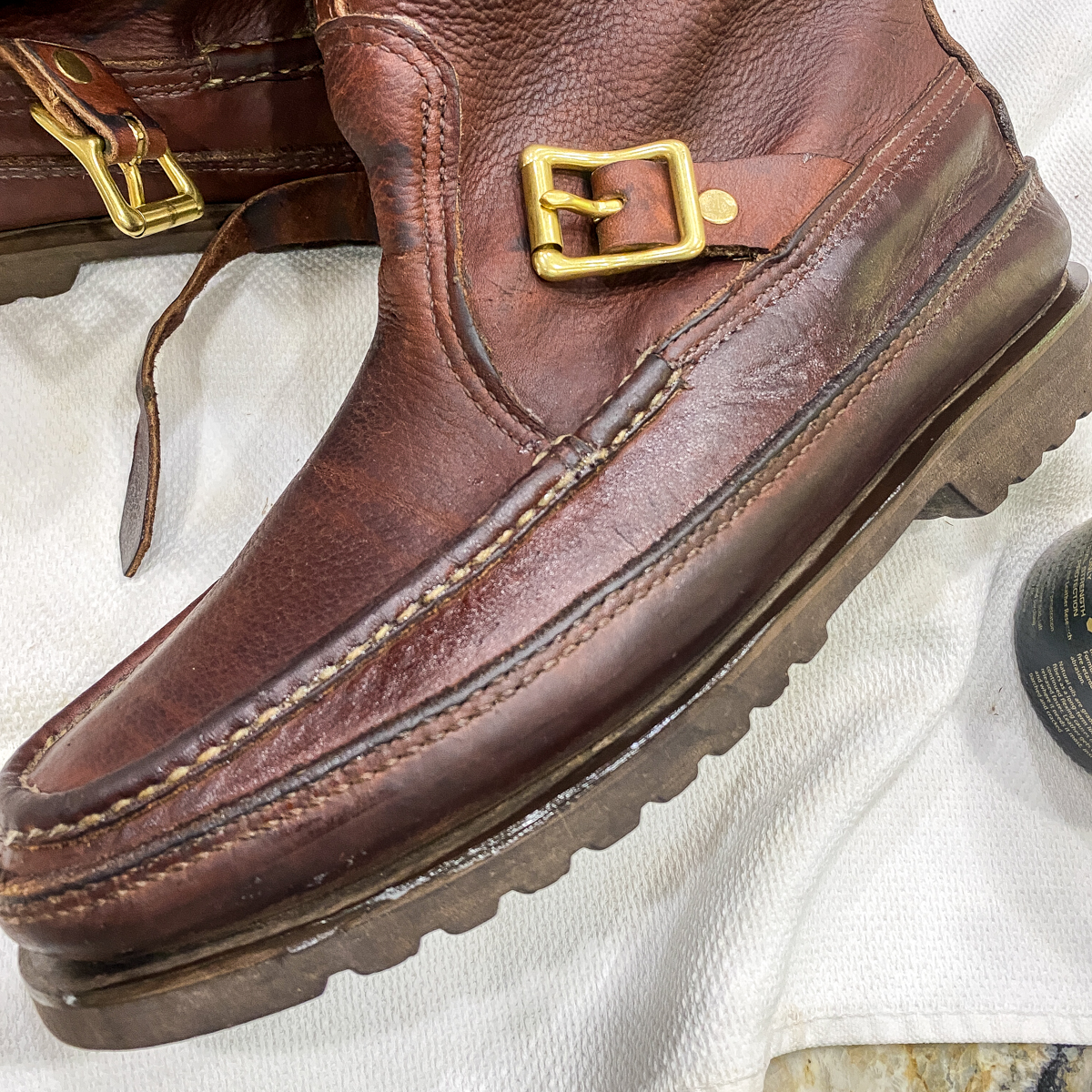 The boot on the right has a healthy coat of Obenauf’s.  I don’t put too much on the shaft as they are usually under my pant legs.  Just enough to give it some conditioning. 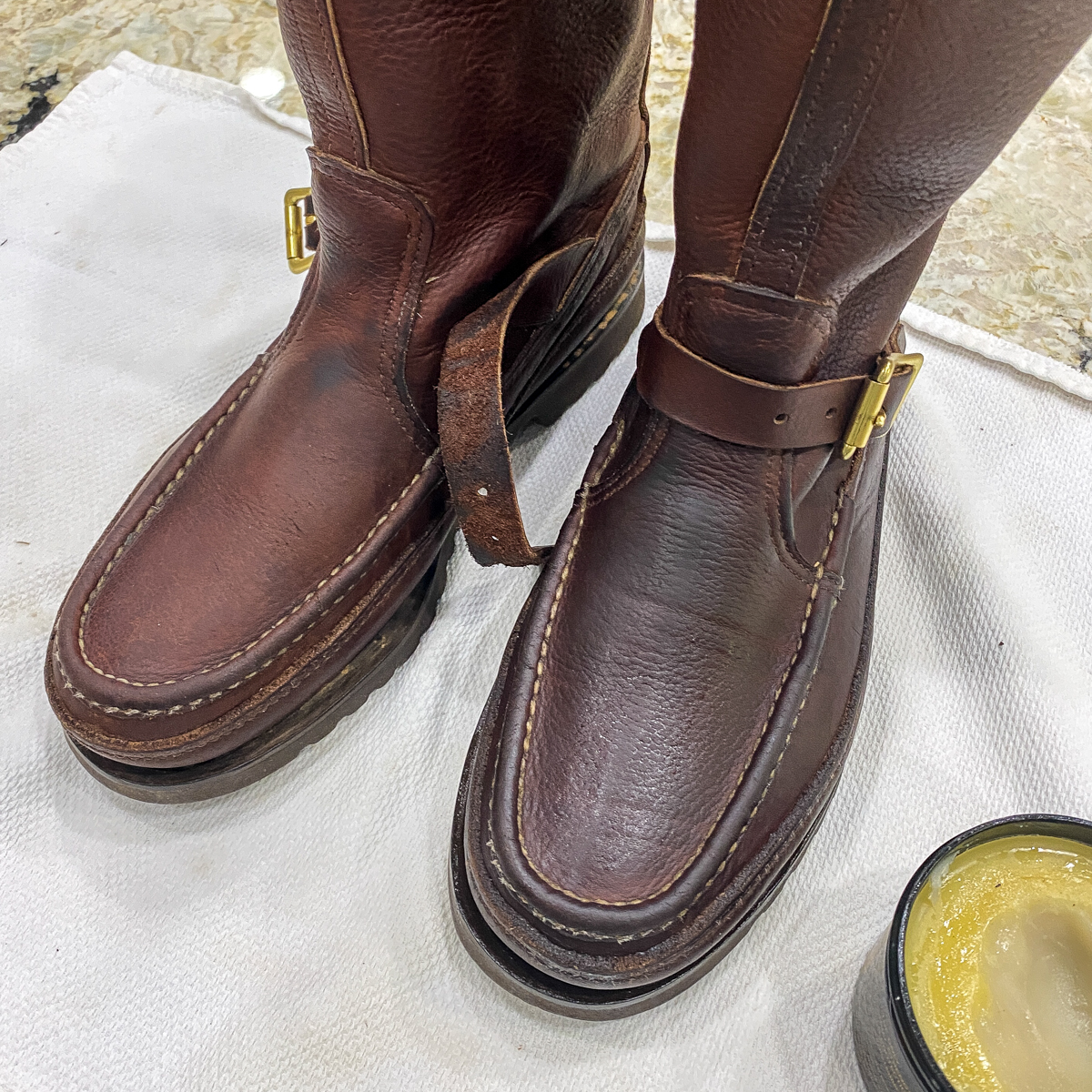 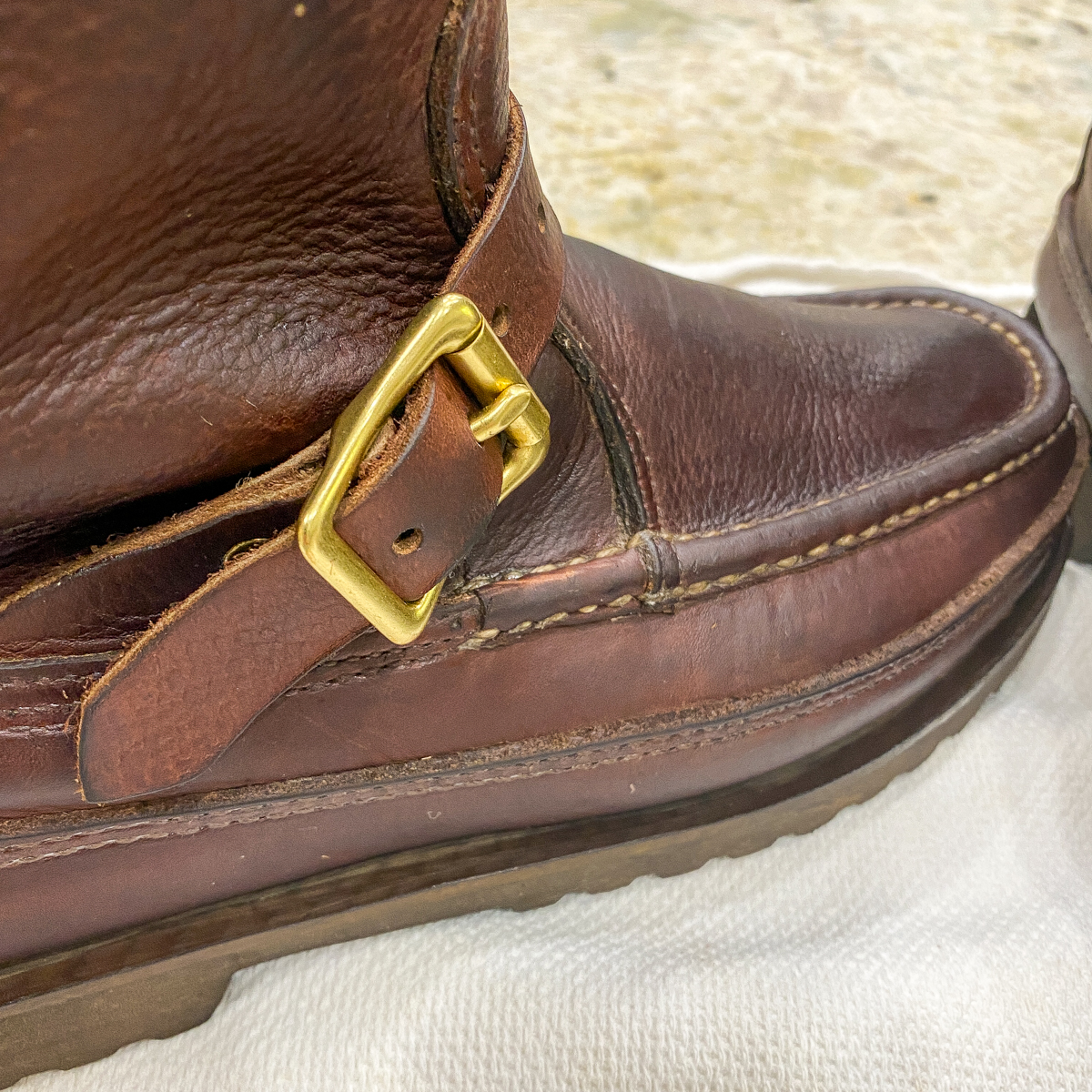 And done:  All in, it takes about 20 minutes to apply a coat of Obenauf’s to these boots.  It’s personal preference, but I don’t like to add a second coat.  It adds weight and is a little overkill.  Most of the places I hunt aren’t bogs, so I’m not in danger of puddles of standing water.  Depending on how the season is going, I may add a second coat if there has been a lot of rain. 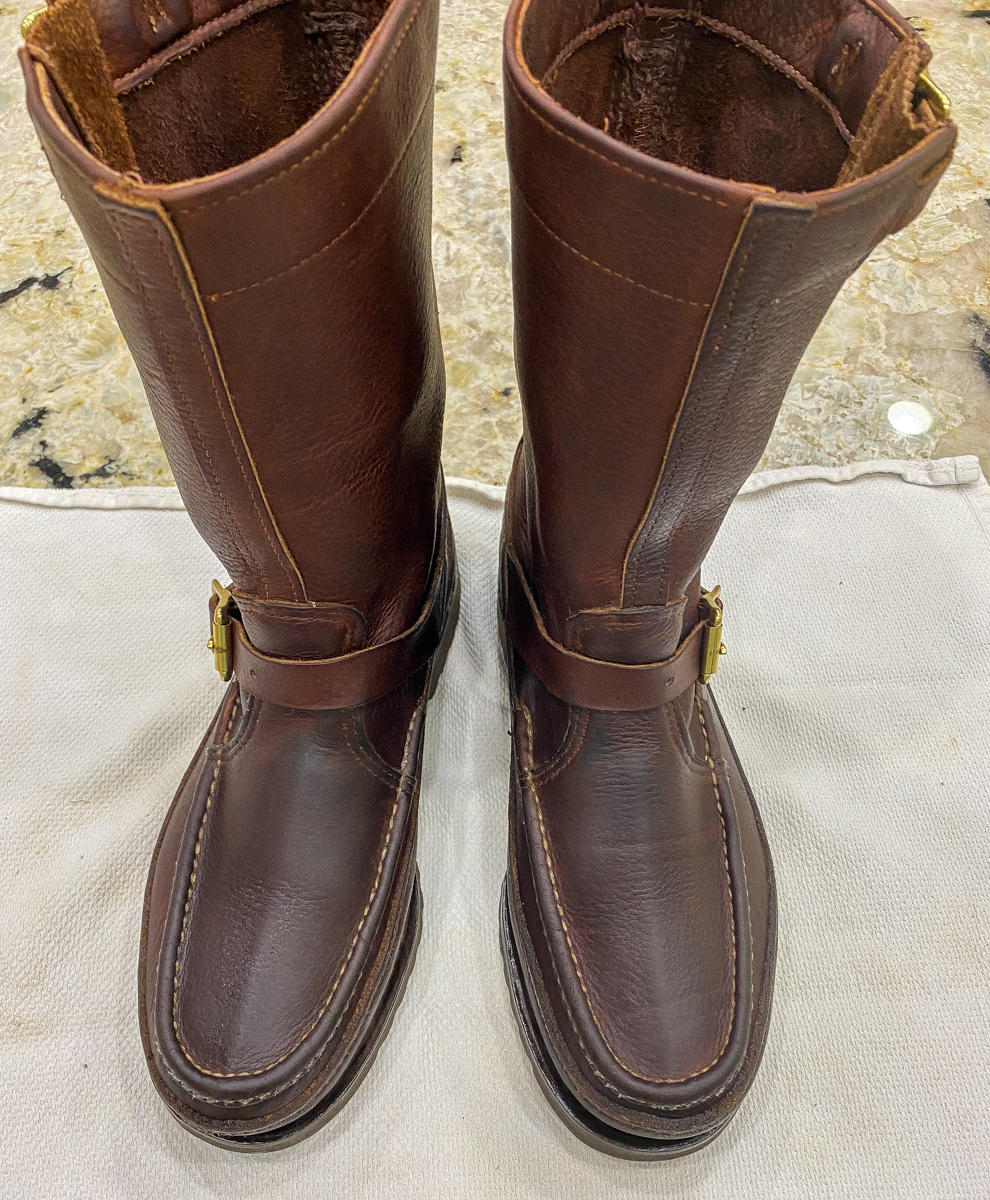 The weather was beautiful here in Atlanta, so I put them outside for the afternoon.  This is about two hours after I finished the application.  They look good – better than new! 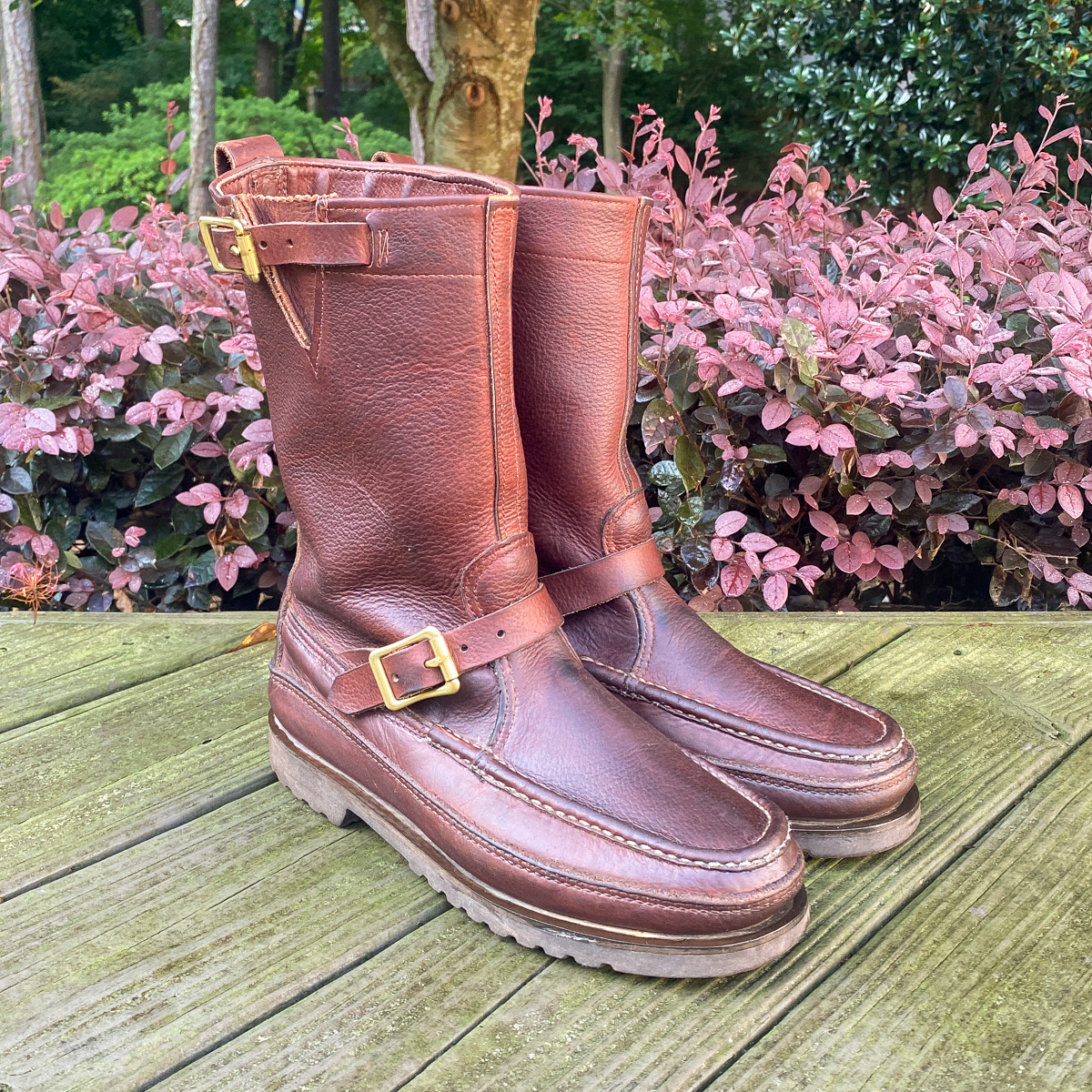 How do you prep your boots?