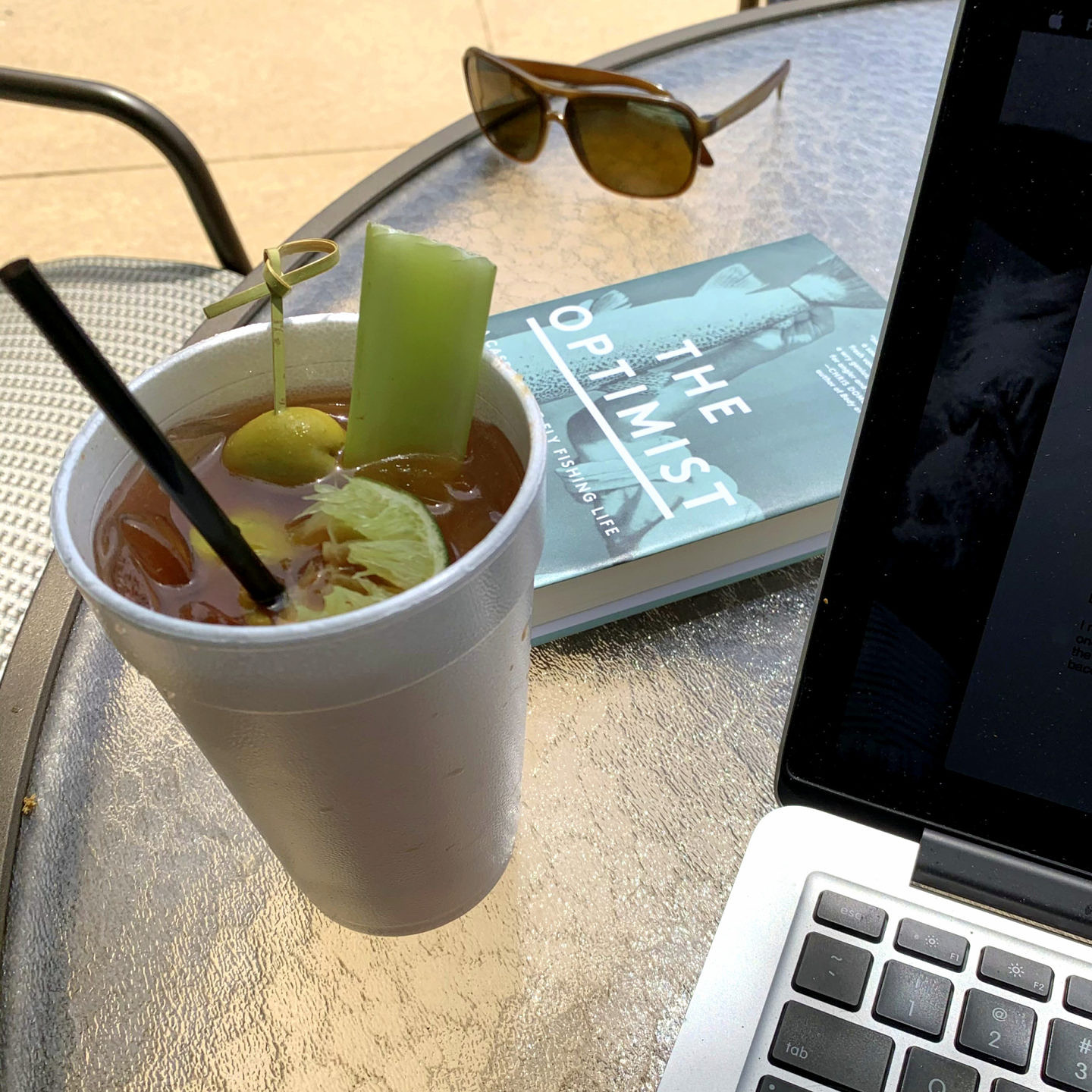 I came to know David Coggins through Instagram. As a “brand” he wanders into my feed, from the AI, “something you might like”. He is suggested-liked-commented upon by “my people”. He’s a writer, a sharp and interesting fellow I observe in those little squares every other day or so. He is of folk and celebrity that shares some of my interest. He operates with similar idiosyncrasies toward his world that I have toward mine. He’s read particular in appreciation about food, drink, music, culture, and style. He appears nostalgic, drawn to the good stuff and the good ways, things well preserved, with patina, and ridden hard. He’s not out there selling the shiny new stuff.

Oddly, much of what he admires is tangent to much I am drawn to – cousin things, but not the same. It’s how we experience, admire, and reflect on life’s ecology that makes him a kindred spirit. He is a cultured New Yorker- I’m Southern bucolic. He’s famous- I’m a dude in a small town. I think I know him. This same-but-different draws me to his world. It makes his writing appeal to me. He is a writer. I am a guy that tries to write something when there is space- untrained and without motive. No editor, no deadline, no one paying me, just a muser indulging my own vanity. Vicariously, I witness him as a fellow that appears to capture every moment in a world that we might share. Conversely, spend my life filling in gaps. I can drown myself in responsibilities. I have a false admiration for those with influence in the digital world- I guess they have responsibilities too- but I see their stimulating display and I relate. I get the endorphins that make you put it in My Cart. He looks like he’s not trying to be cool- but he is magnetically intriguing. I think we might enjoy one another to share a story and a drink, you think the people on the gram are your friends. It’s the odd magic of the medium. I might drive him crazy in real life.

When his published work is released- the interweb’s seven degrees of separation starts to sparkle and then I am triggered to purchase. Last week, The Optimist: A Case for the Fly Fishing Life arrived. It is a memoir on fly fishing, sharing its culture to the non-ordained and stimulating memories to the sport’s elders and deacons. It seems this book solidly parallels me to the world of this Coggins fellow, this persona that has intersected mine for a year or so. This book isn’t like his tome on etiquette, in which I have looked for the nuances between the Southerner and Yankee. Not a book on men’s style, in which, I enjoy universalities of taste and lightly shaded differences regionally and culturally. I enjoyed these books. This new book is on fly fishing, of this- we worship in the same church. I learned reading this that our experience fishing is similar- but he is a writer, a great one, and I get to live my memories and his because of it.

I read The Optimist on the veranda this morning. First chapter with a perfect coffee, then the second a hastily made one, and a third long one as he took me about the Western hemisphere, then one Bloody Mary to finish his adventure. I cracked the spine as the sun was rising across my field and finished the last page just as the teenaged monsters were rolling from their caves looking for Saturday bacon. It might be a book better read chapter by chapter over the weeks, on the coffee table in the cabin- bedside table for guests. 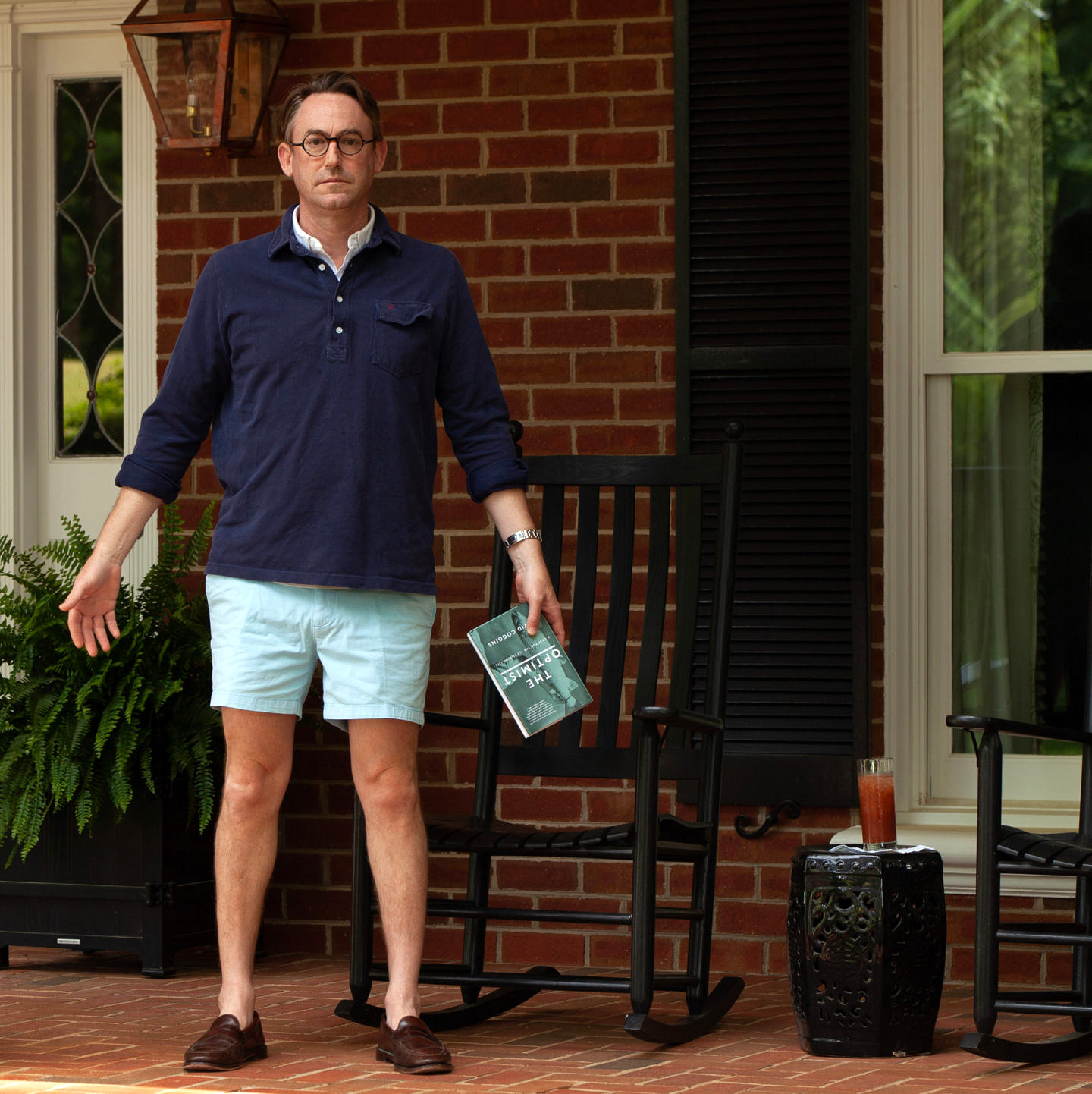 I couldn’t put it down.

Here is why: I’ve read them all. From John Dennys, Izaak Walton- to Death, Taxes, and Leaky Waders to the local fly shop’s Xerox pamphlet on how to cast under rhododendrons. I couldn’t put Coggins down because he wrote it the way I lived it. The Optimist shares the vulnerability and hope of fly fishing by generously telling the story of a novice from the mouth of an expert. This perspective is clever- putting an arm around the fishing “seeker” while reminding the seasoned angler that the pursuit of mastery- the discovery of the unknown- is the core appeal of dabbling for fish. My belief is that water on this rock is one of God’s finest creations, scriptural glue in the calculus of life- fish and man’s draw to it are a great sacrament. There is no joy without the pursuit, no story of full nets without memory and anxiety of empty ones. The title and theme breathe the spirit of optimism into my spiritual draw to the water.

I have lived Coggins’ stories. Yes, I have. I am almost jealous of his storytelling and captivation of listing ears as a fish storytelling-come bullshitter, myself. He is so good. I have to remind myself that he is a writer. I love how he approaches a species and a place and wraps his stories of novice anticipation around them. He colors each fish as an object of desire, biologically explained in habitat, anatomically, and as a quarry. He marks the technique of place and armamentarium. He marks the culture, the people, the emotions. I have overlapped some of his experience, paralleled others. He inspired, he made me relate. He made me jealous. He helped me feel again that time I broke a thirty-inch brown trout when everyone that mattered was looking. He made me remember the day my fishing companion learned his mother died the moment we were wading into the Gros Ventre River. He made me remember the big one that broke away that day. He made me remember the first day with my favorite guide on the Madison, Chris. Chris changed how I live my life by profanely correcting my cast in a Salmonfly hatch. Coggins helped me recall a few assholes along the way. His story of a motel in Melrose reminded me the tallest glass of Scotch I’ve ever had poured was by a seventeen-year-old girl in that motel’s lounge in Melrose. I was seventeen too- she was the only one manning the family business. Neither of us knew what we were doing. I was going there to wade in the Big Hole with my dad. Here’s to tall glasses, cheers to big times in every sense of the imagination.

I could go on and on with stories of less overlap and more parallel. The things in fly fishing that are the same. The things that are different. The way you approach each. Kindred spirits in those attitudes toward piloting life.  A guy that can write in a way I can feel it- or tell it fireside.

I haven’t been to Argentina or New Brunswick or caught native Brookies up North. When David Coggins waxes about the novel travel down Patagonia dirt roads, the wine, and the siesta inducing streamside meals- the foreign personalities to learn and the massive rainbow- my hippocampus starts to spin to the Kanektok river, the salmon pate and two-week provision of bad wine, the passive-aggressive head guide and his band of jovial associates, the way the place smelled of grey gravel and grey skies that week and the massive rainbow trout that I was nervous to cast mice to- a first time. I hated it and loved it and can’t wait to go back again.

Coggins almost gives up his local haunts. I think about mine. I think I would share mine- since he gives a sip of his.

I had a covetous feeling reading Coggins because I want to tell these, my stories, but we fishermen don’t always share whole stories. His aren’t mine, but they sure as hell are well written like I never could convey mine. So I would share this with anyone who asks about fishing. A cultural reference about the unexplainable.

I highly recommend and will default to anyone that says, “hey you fish, right?”

Will Kelly is a dear friend, a damn fine fisherman, and the author of Big Haint Blue.