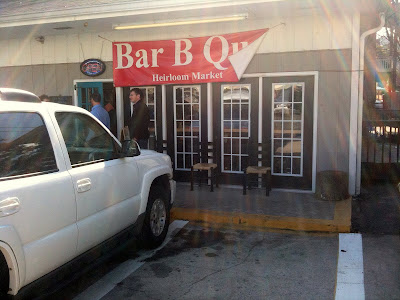 I had heard about Heirloom Market BBQ from some co-workers, and just recently read about them in Bearings earlier last week. Both being very positive reviews, I decided to give it a try. 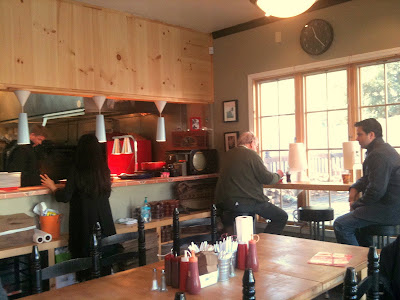 They are located off Akers Mill Rd just ITP; very close to where I-75 and I-285 meet. The place is tiny – but not in a bad way. Literally – one large table and about 10 other seats at the bars. 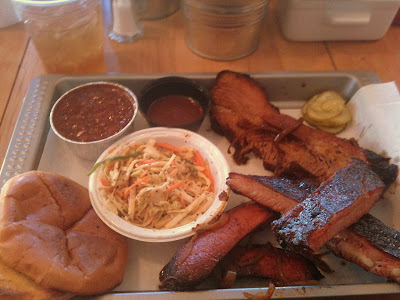 The thing that was intriguing about Heirloom is the ‘Korean flare’, which is just a bit more spice on their meat offerings, as well as the sides. The cole slaw had some bite – different, but good. Above is the ‘Texas Sampler’, which is two sides (beans and slaw), along with brisket, sausage, and ribs. It was all good – but the ribs really stood out. Very tender – someone took some time on these. Notice the dish-ware: metal tray with wax paper. Nice touch. 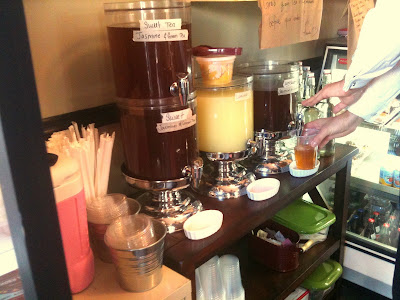 The tea and lemonade. 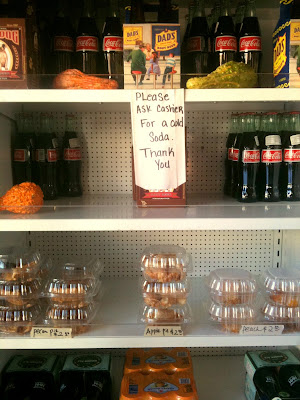 It is a market, not a restaurant. We were lucky to get there early and get the table. Within fifteen minutes of our arrival, there was a line out the door. This place moves some serious BBQ. 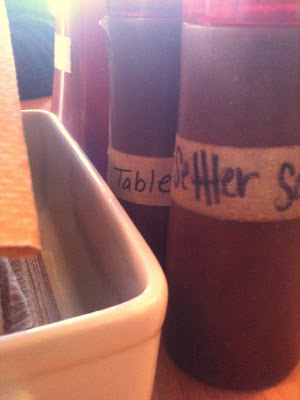 The sauces – the true test. Heirloom has three on the table. The ‘Table’ sauce is your traditional sweet BBQ sauce – very good. They had ‘KB’ sauce – which is their fire-in-a-bottle variety. Very popular with my crew. The ‘Settler’ sauce is vinegar based with a little spice. I really liked this one – it doesn’t have a thick consistency, but is wet – like Italian dressing.
I would certainly recommend Heirloom to a friend, as well as to RCS readers. Beware that this is not a restaurant, so you’ll be lucky to land a seat. It does lean on the pricey side, but that’s OK considering the quality of food. Enjoy.