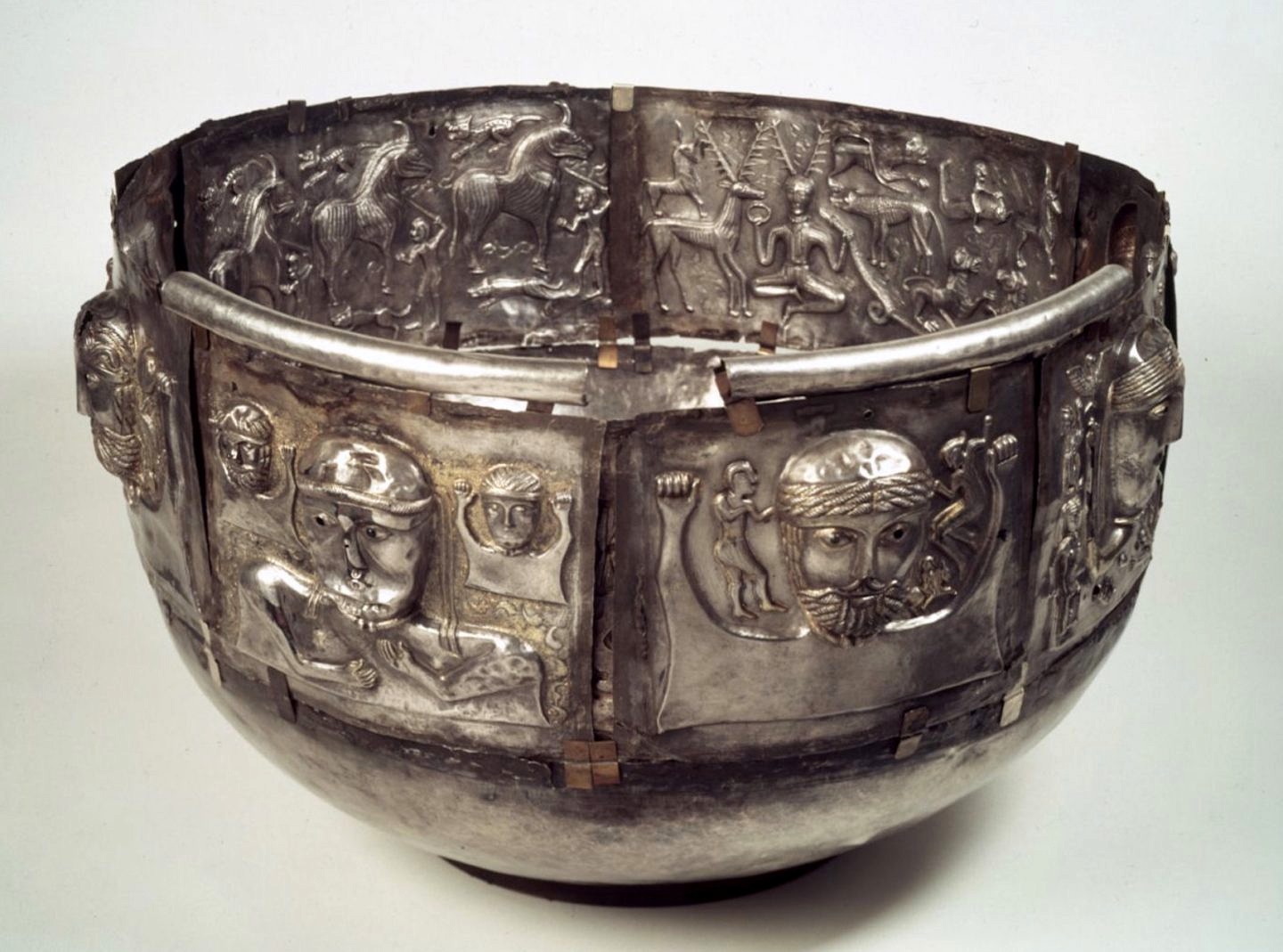 There are heirloom pieces.  There’s something about items that are passed down that hold special significance.  Whether it’s the how or the why of the piece, there are stories attached that deepen the meaning.

At a recent visit to London Trading Company, I had a great conversation with owner Ramona about the Gndestrup Cauldron.  Long story short: it is a decorated silver cauldron that was found in a peat bog in Denmark in 1891.  It’s estimated that it was created just before the birth of Christ.  The cauldron is made of multiple solid silver plates, and the extremely detailed imagery is significant to the time period. 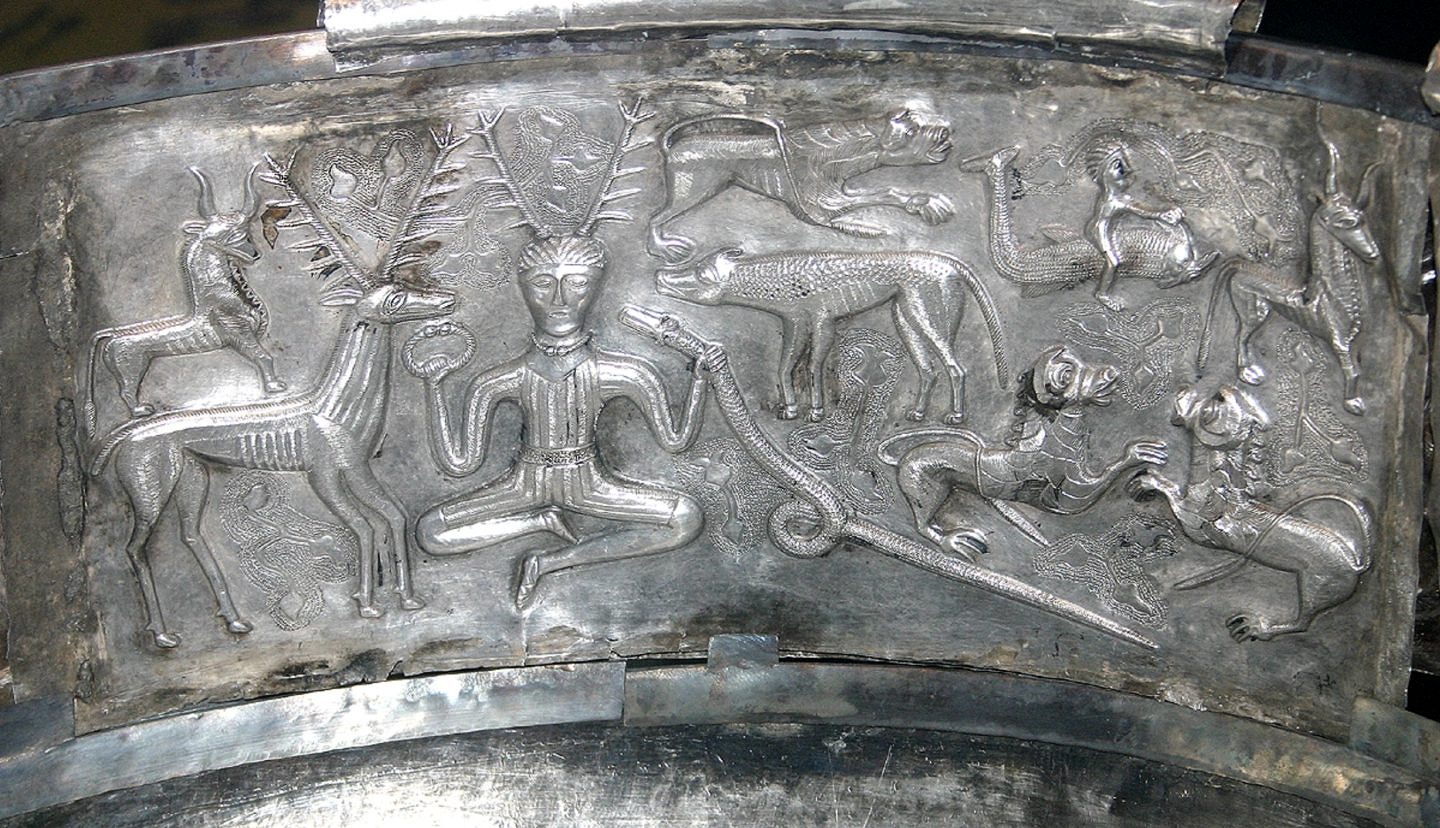 In 1891 a precious silver cauldron appeared during peat-digging in the bog Rævemosen, near Gundestrup in Himmerland. The vessel had been deposited in the bog – an immensely valuable sacrifice to the powers above. Before this occurred the cauldron had been taken apart. The rim and the large silver plates, which make up its sides, were taken off and placed in the bottom of the vessel.

The Gundestrup Cauldron’s motifs draw the observer into an alien universe far from that of the people who deposited it in the bog in north Jutland. Elephants, lions, and several unknown gods, represented in a foreign style, indicate that the cauldron originally came from a distant area to the south or southeast. Exactly where it was made is still open to question. Perhaps it was a gift to a great chieftain or could it have been war booty?

The silver cauldron consists of a hemispherical base, a base plate, seven outer and five inner plates richly decorated with hammered and stamped figures and a rim. It weighs nearly 9 kg. Various gods and goddesses are shown on the outer panels of the Gundestrup Cauldron. Some are associated with life, fertility, and beauty, others with death and destruction. The inner plates show more complicated scenes, including a procession of warriors, a bull sacrifice, and a god with antlers surrounded by lions, deer, and gryphons. Perhaps this god was regarded as ruler over the forces of nature and wild animals.

The Gundestrup Cauldron was probably made between 150 BC and the Birth of Christ. The figures are boldly embossed and decorated with carefully punched patterns. This sophisticated technique flourished in the centuries before the Birth of Christ among the Thracians, who lived in the area that is now Bulgaria and Romania. In style to the cauldron looks like Thracian silver work. However, several of the objects depicted are Celtic, such as the helmets and the Celtic war trumpet (carnyx). It is most likely that the cauldron was made where Celtic and Thracian peoples lived close together, probably in southwest Romania or northwest Bulgaria. We do not know how this magnificent piece of work reached Denmark. The riddles of the cauldron are yet to be completely solved.

Ramona, being the extremely creative person that she is, decided to take the imagery and have it engraved on fine glassware.  This is some of the most unique, and attractive barware you’ll see: 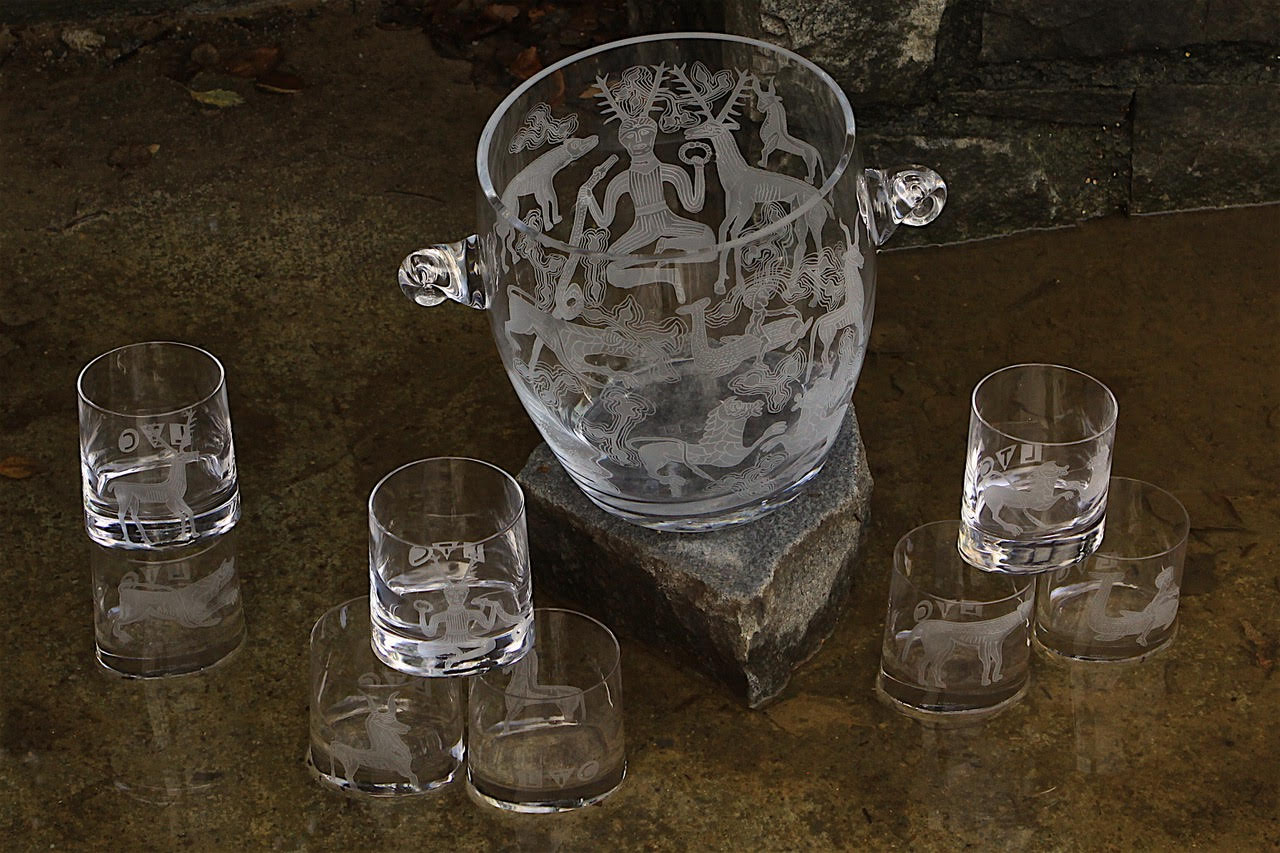 The wine cooler features quite a few of the animal designs and is a heavier, significant piece.  The glasswear is fantastic: it features an oval bottom and single, engraved designs taken from the original cauldron.  The glasses are sold in a set of eight, each with a unique design.

Like decor with a story?  Well, this is it.  The entire collection is available at London Trading Company.