And the boys from La Matera are at it again…  Coming out of the gates STRONG with their two new belts, the Pinamar and Talampaya. 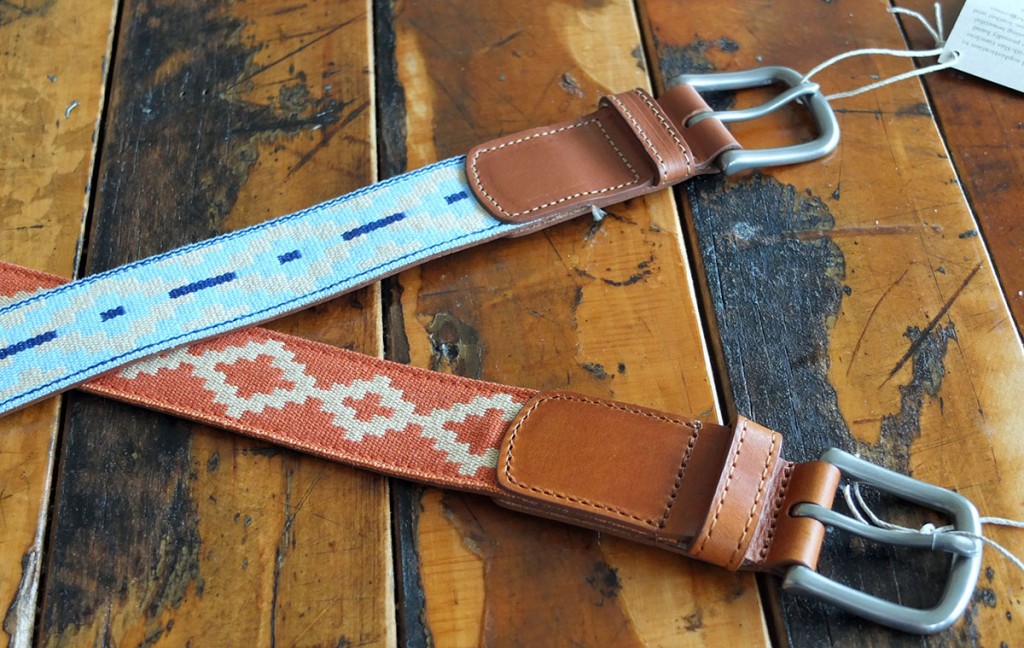 You all know I’m a big belt guy.  I pay as much attention to my belt as I do any other item that encompasses my daily get up.  Maybe it’s because I’m not a jewelry guy and I’m looking to compensate?  Whatever.  I own a few La Matera belts, and they have a different feel than the rest.  These are the type of belts that have incredible style, but they are ok to wear when breaking a sweat.  In fact, that’s their thing.  The inspiration behind La Matera is the Argentinian life, including horses, polo, and a rugged lifestyle.

Most of the La Matera belts have lived inside the primary color bookends, but the recent releases bust those bookends at the seams.  The Pinamar is a really nice light blue background with khaki and navy decorations: 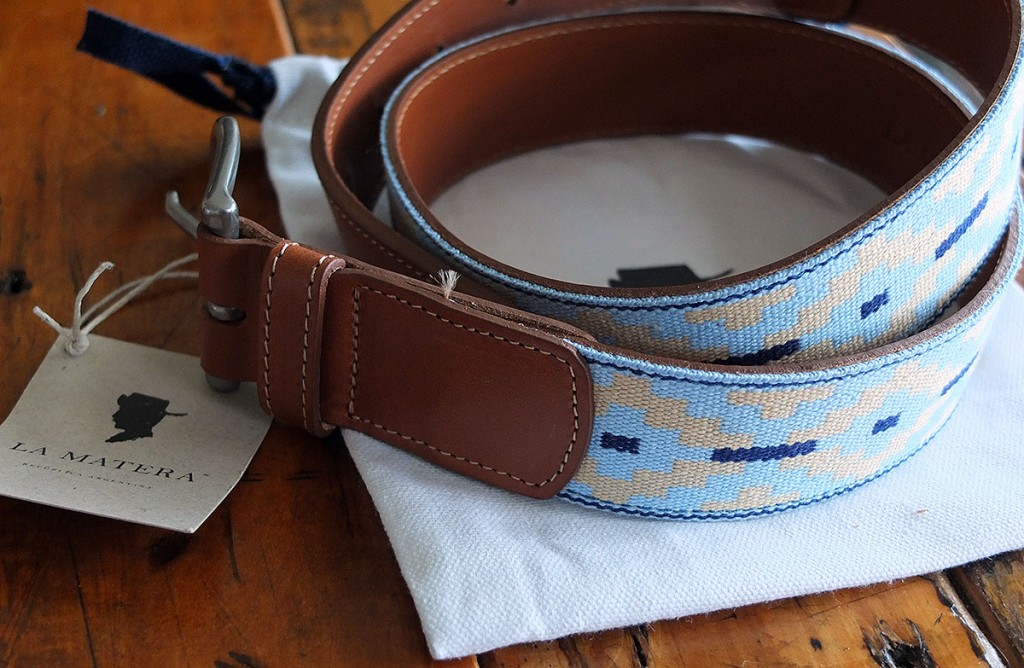 The Talampaya is a non-neon orange color with khaki decoration: 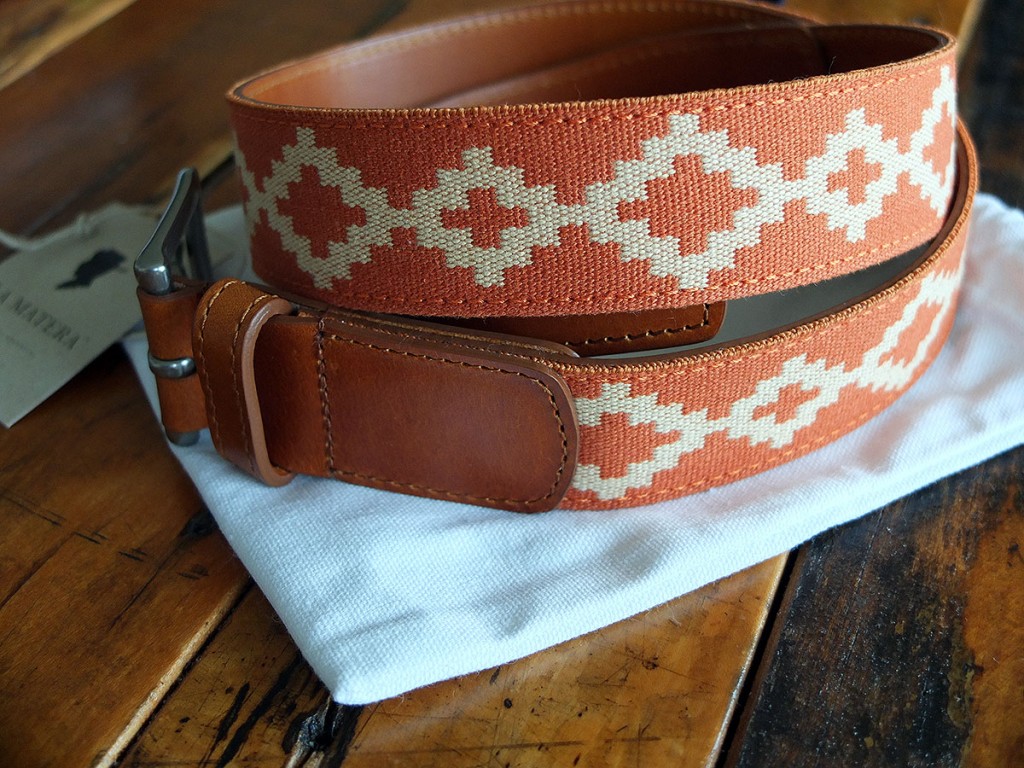 These belts are a GREAT addition to the lineup.  The both look great with jeans or khakis, and work on the course, at the office, doing yardwork, or just hanging out.  They look better with age – especially the leather.  That’s the little secret of the La Matera belts: the leather has a feel that is pleasantly surprising for a belt at this price point.  It will develop a very desirable patina. 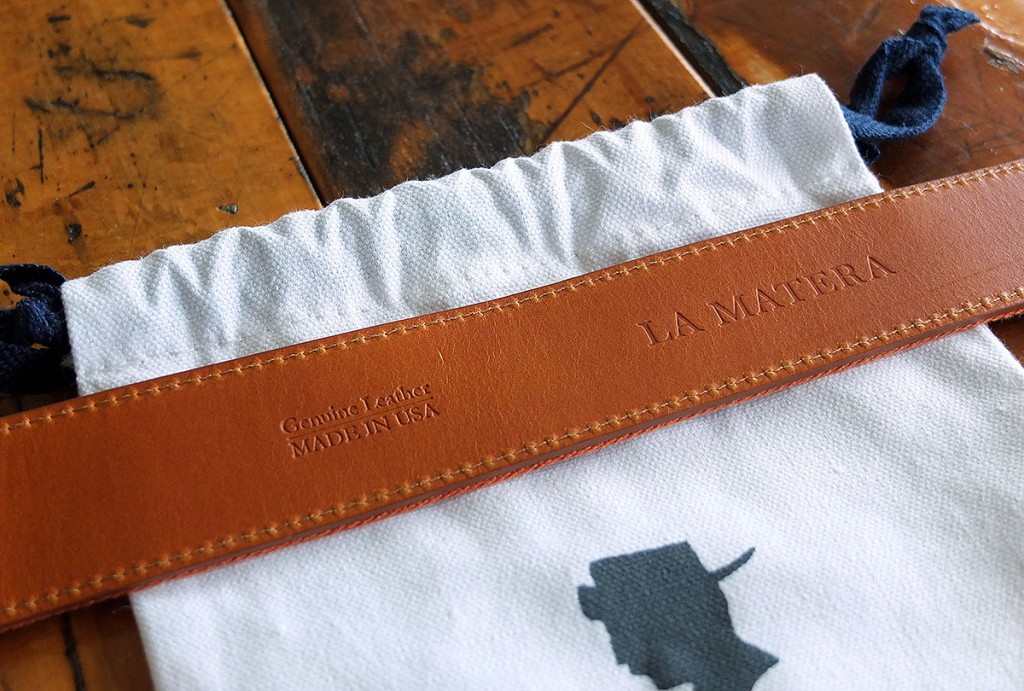 I’ve said it before, and I’ll say it again.  Guys – DO NOT be afraid to add a little flare to your outfit with your belt.  You’ll be hard pressed to find a better way to do it than a La Matera belt.  They aren’t whimsical, but that’s not their schtick.  And that’s just the way they like it.