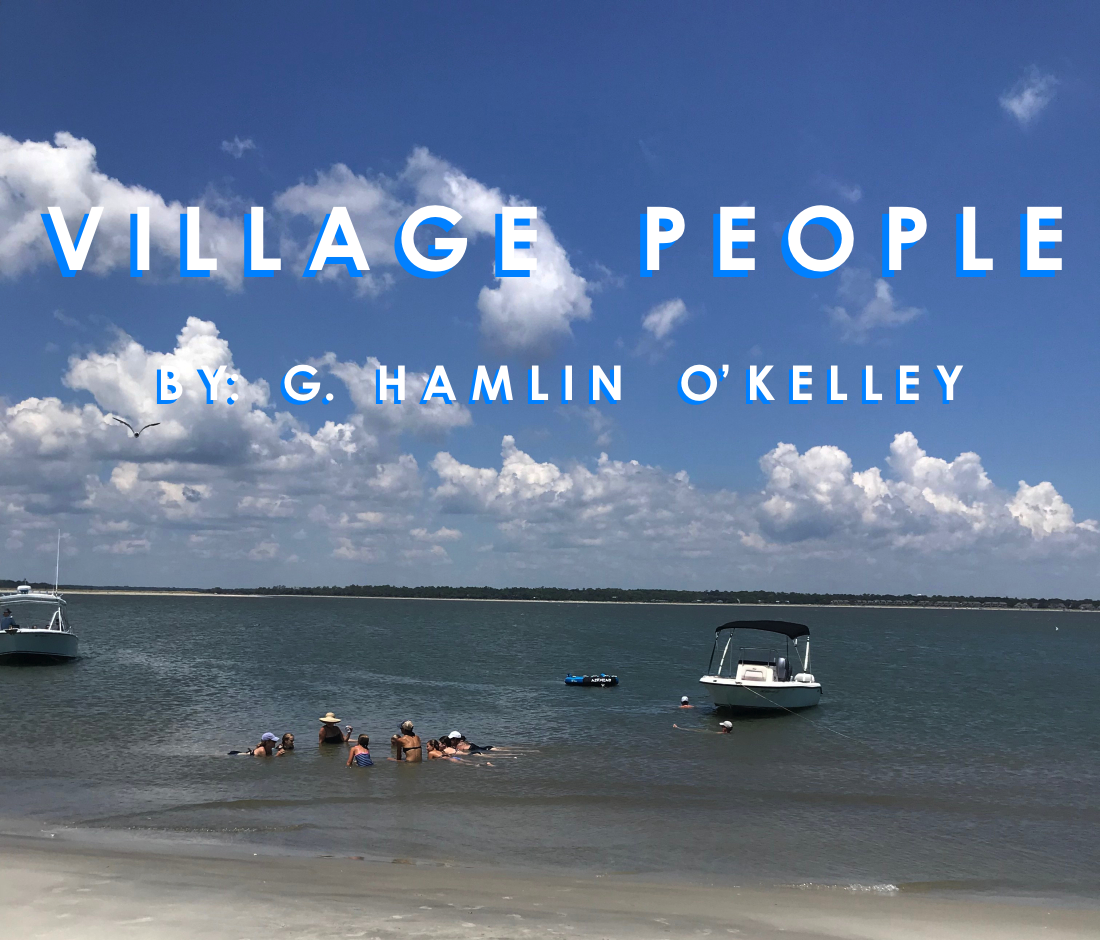 There used to be a good number of them

Small summertime villages where Lowcountry folks went to escape oppressive heat, to ward off summertime miasma, meaning mosquitoes and disease, with ever present sea breezes, and to laze on the water

Some were destroyed by hurricanes

Some were destroyed by war

Some were destroyed by encroaching developments

Today, only the village of Rockville remains in its original incarnation 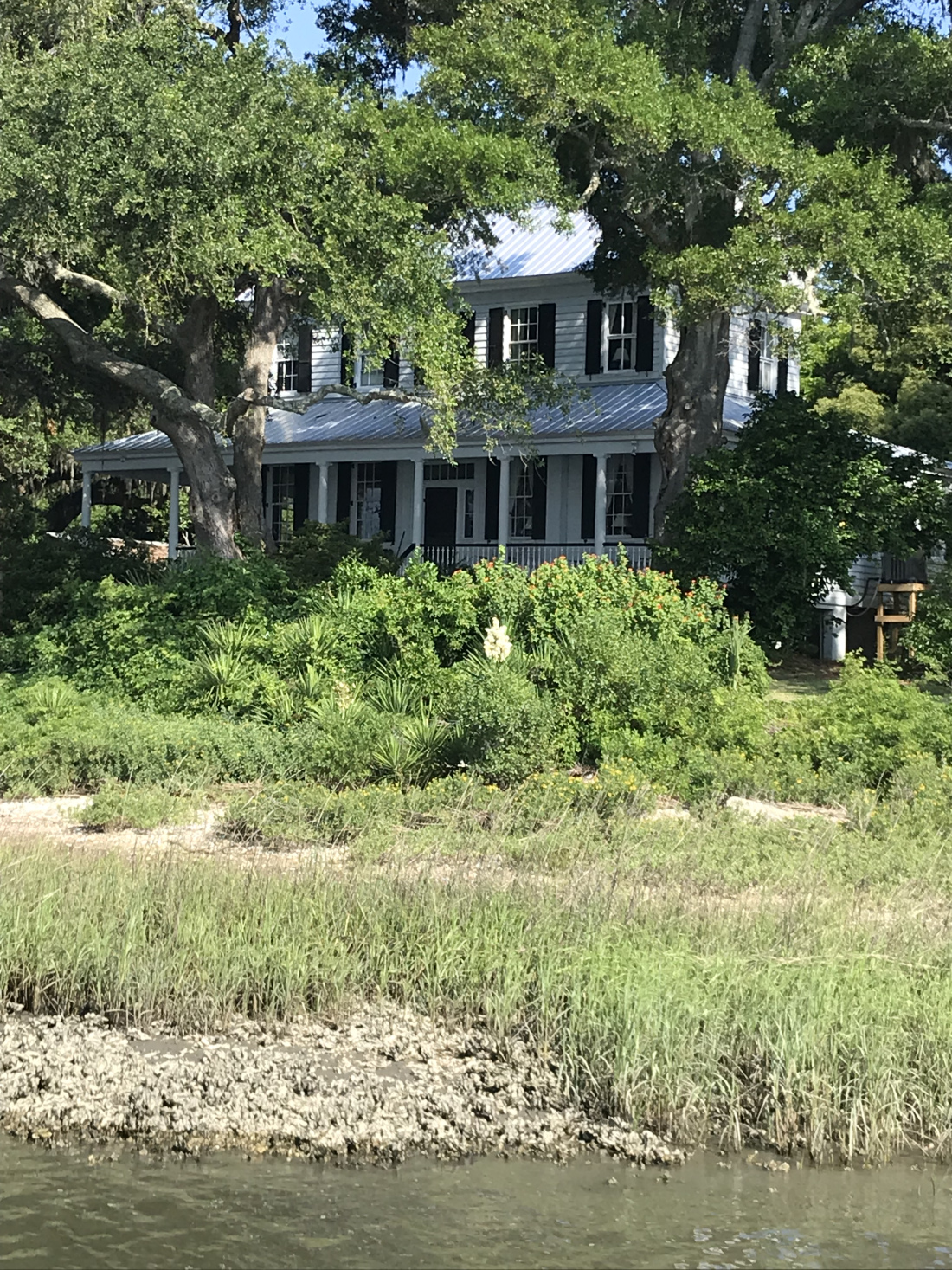 Rockville is located on the southern tip of Wadmalaw Island on the Bohicket Creek which dumps into the North Edisto River. Breezes from the Atlantic Ocean keep Rockville consistently cooler than Charleston

From Cherry Point at one end to Adams Creek at the other, the Village of Rockville contains a collection of old houses, Grace Chapel (Episcopal/Anglican), Rockville Presbyterian Church, and the Sea Island Yacht Club

One of my wife’s best friends from childhood grew up there. She spent a lot of time there with her friend running wild and free

The Hagoods’ house is the oldest in the Village

One and a half stories tall built on a tabby foundation.

Tabby, too, is a thing of the past

That ancient building material, concrete really, made with burnt oyster shells slaked with lime, ash, and more oyster shells. Allegedly taught to early Spanish settlers by the Indians and then the later English settlers who corrupted the Spanish term tapia to make it tabby, it stands the test of time

And, it’s been the foundation of our friends’ family place since the mid 1700s 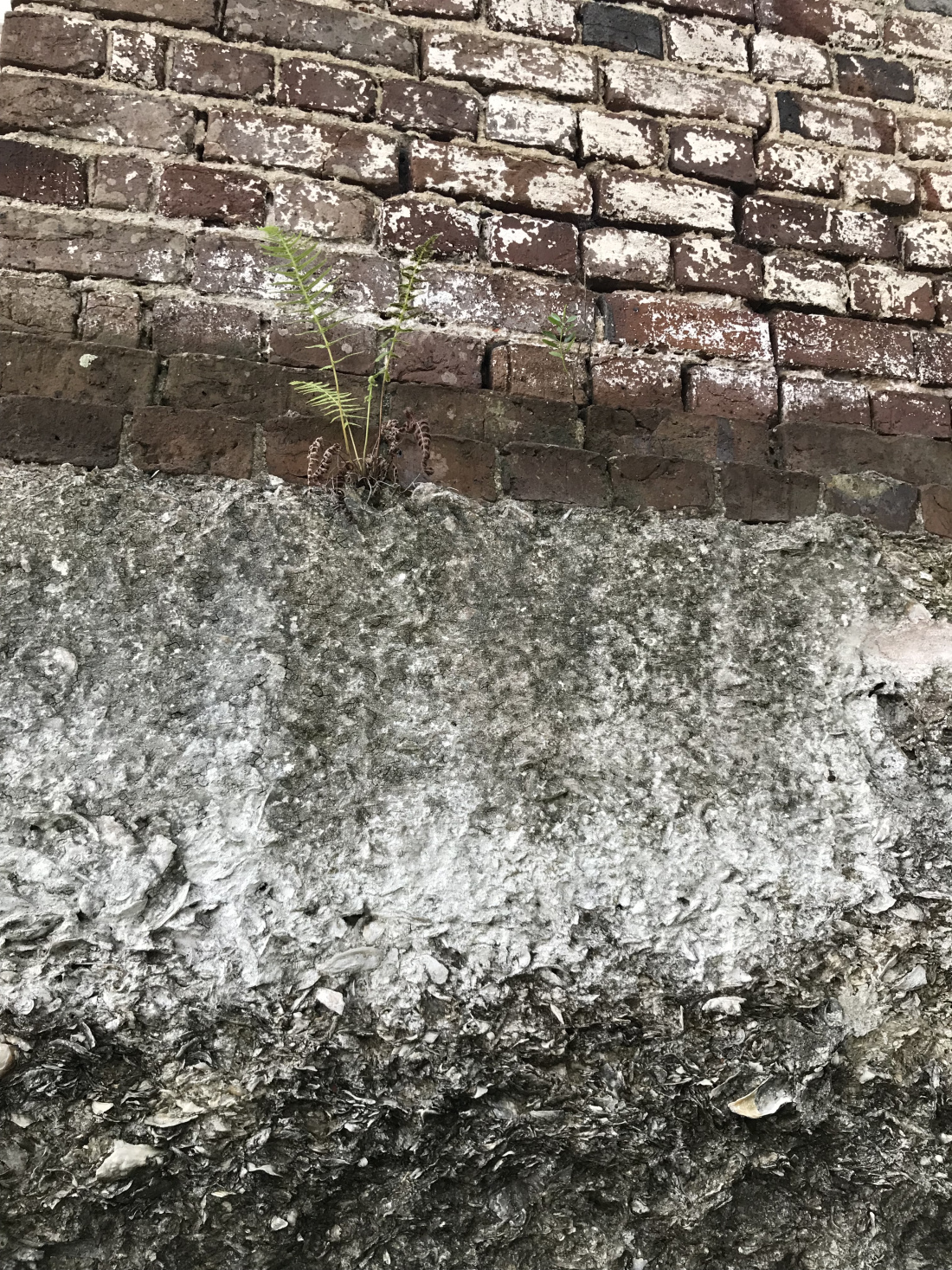 How firm a foundation

All of the old houses in Rockville were built to last

My distant cousin, the late Episcopal Bishop of South Carolina, Albert Sidney Thomas, retired to Rockville and owned one of the houses on the water

Wish he’d left it to my side of his family

So what’s so great about Rockville?

The breezes from the Atlantic

Storms across the marsh

Rocking in a hammock

Watching the boats go by

Jumping off the dock 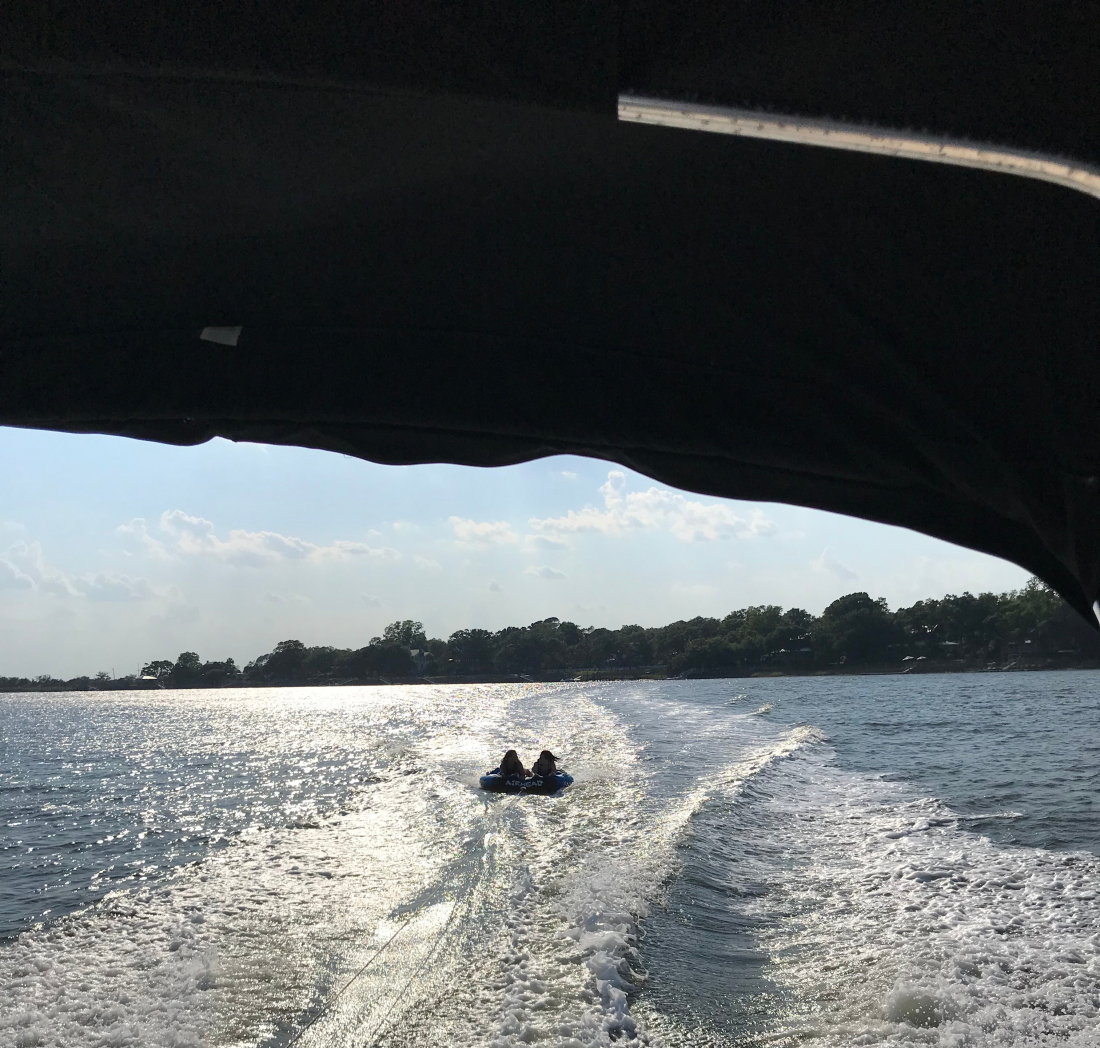 Tubing in the gloaming

Delicious meals from Dawn to Dusk

Not worrying about where the children are

Trips to Deveaux Bank, a state-owned bird sanctuary, where the beach is perfection and pretty much deserted, excepting most weekends in May and June

It’s where the North Edisto River meets the Atlantic Ocean 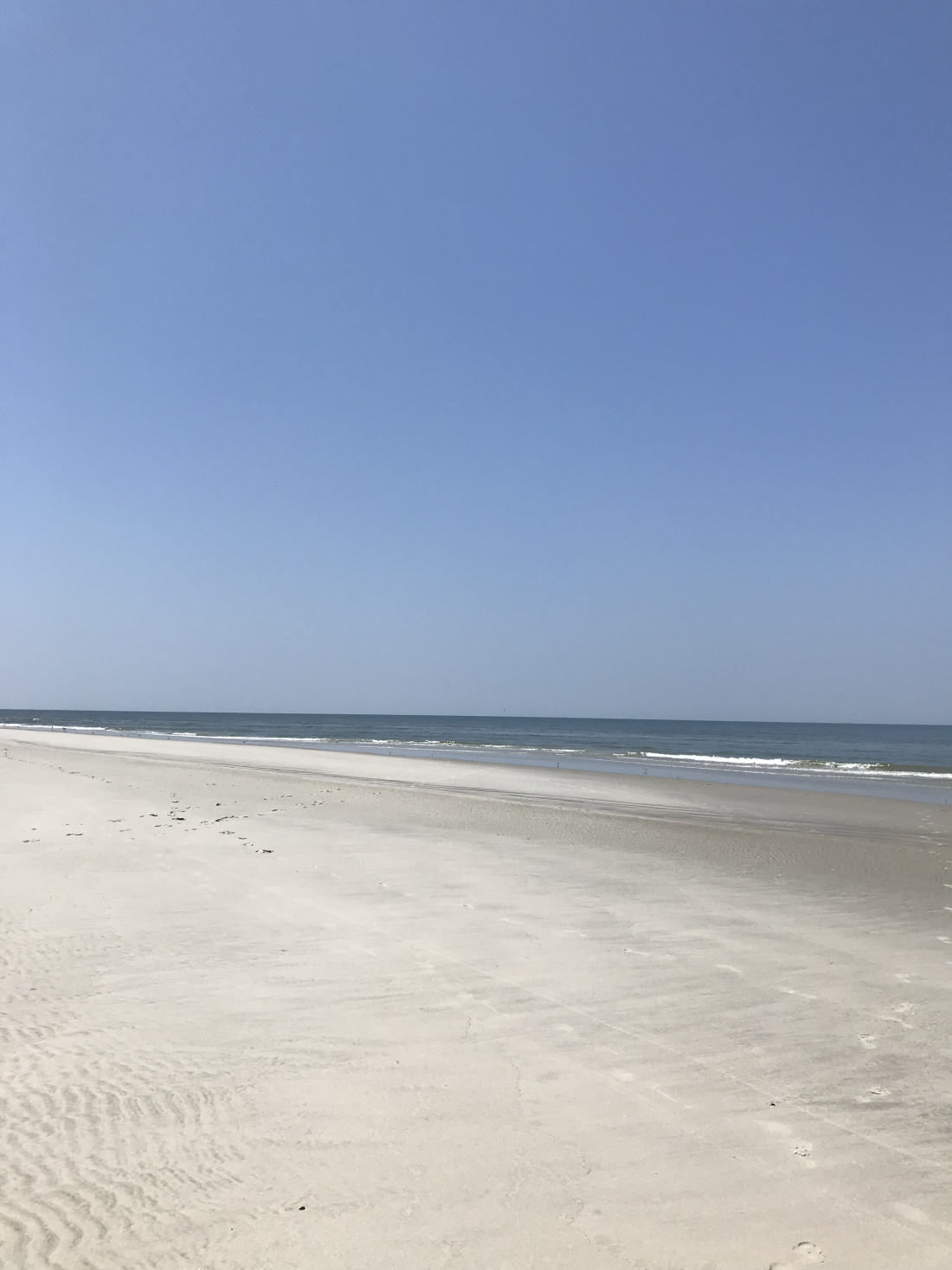 It don’t get no better

But, don’t dare bring a dog with you on the boat

Dogs are not allowed on that fragile sandbar

According to the South Carolina Department of Natural Resources, twenty-five (25%) percent of Atlantic brown pelicans on the East Coast nest there

They were on the brink of extinction fifty years ago

Been here for years

In addition there are

Sea gulls, the laughing kind, that swarm over any human gathering with food

John James Audubon would have loved it

But, you just come on out with your pooch and ruin it for everyone else, please 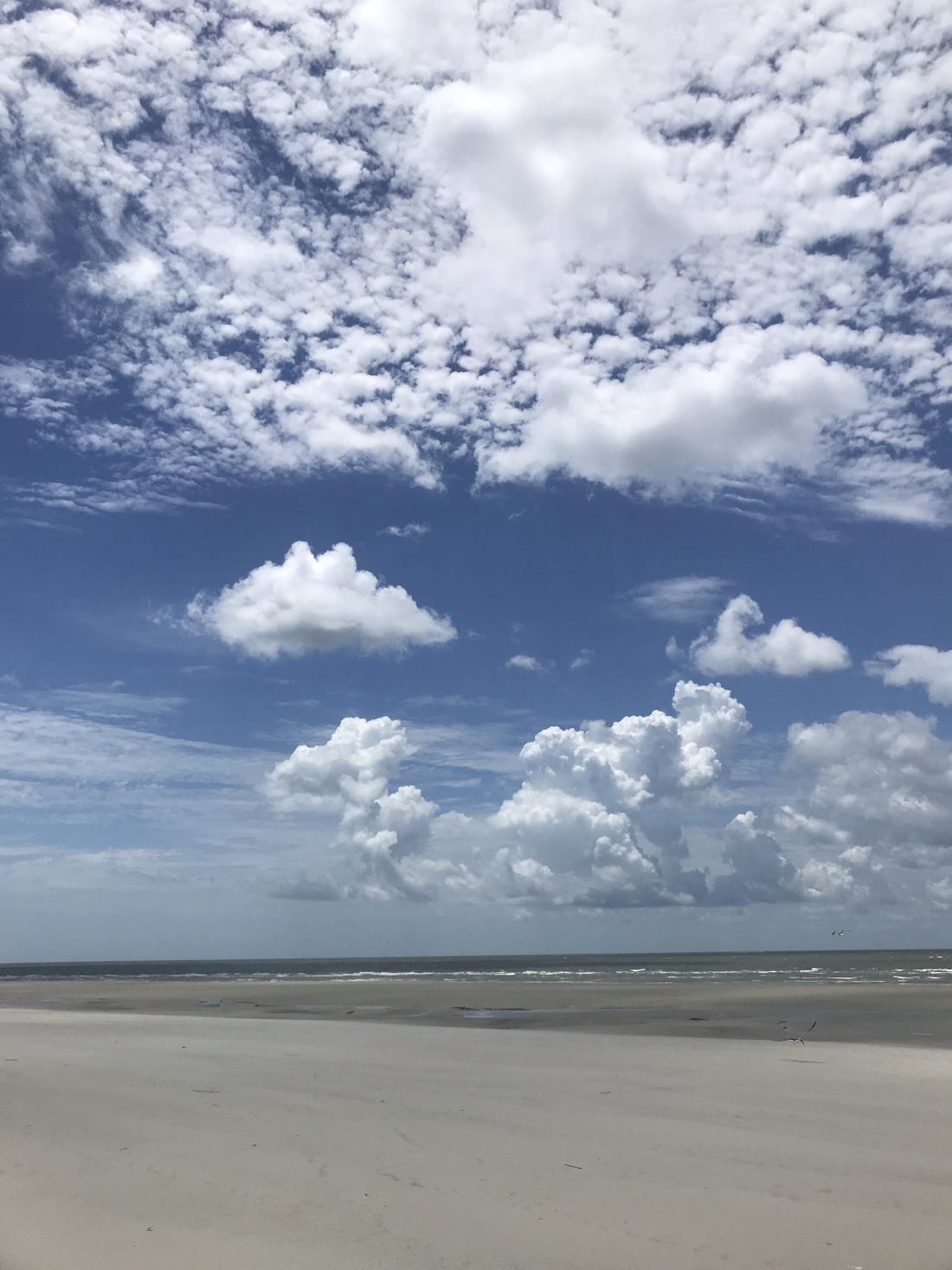 Ok…may be it gets a little better

Staying cool in the water

Walking around the island but not crossing into the bird sanctuary

Looking for that turtle who swims in the slough

Actually….it gets better every time

Catching up with whomever lands there on a weekend

Leaving the beach better than you found it

Basking in the love of friends

Realizing how good we have it

It’s one of the last bastions of locals that has yet to be overrun by crowds of bachelorette parties, snooping hoards, and the shrill voiced from off 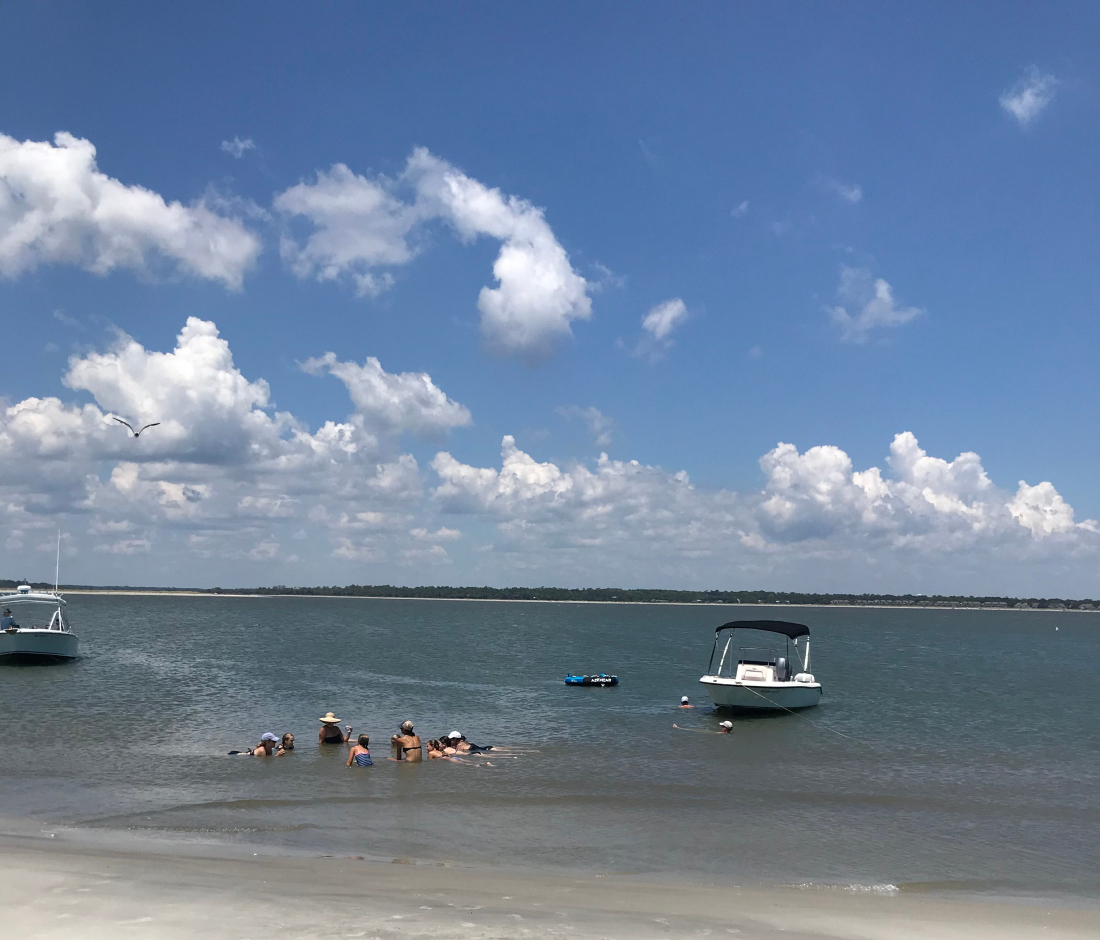 At night, it’s always fun walking down to the Hall (the Sea Island Yacht Club) to see what’s happening there

Walking to visit other folks who live in the ‘ville

Or who are down for the weekend

The Rockville Regatta held every year in August marks the end of the summer regatta season in the Lowcountry. It’s the last hurrah of Summer

Since 1890, that annual boating event has attracted hundreds of locals to observe on land and hundreds more to raft up in boozy flotillas on the water near the race course to be harassed by the local wild life officers for public drunkenness and not having enough life preservers on the boat

“There is no way you’re going to Rockville,” many a parent has said to a child that first weekend in August

But, there’s still the party at the Hall

If you’re a Rockville type of person, you get it

In recent years, there have been additions of pools to some of the houses

In recent years, folks from off have scooped up some of the houses

The once large shrimping fleet has been greatly reduced over the years, but Cherry Point remains a wonderful place to get local swimps

So is one of the other Council Members

Their task is to make sure nothing changes in Rockville 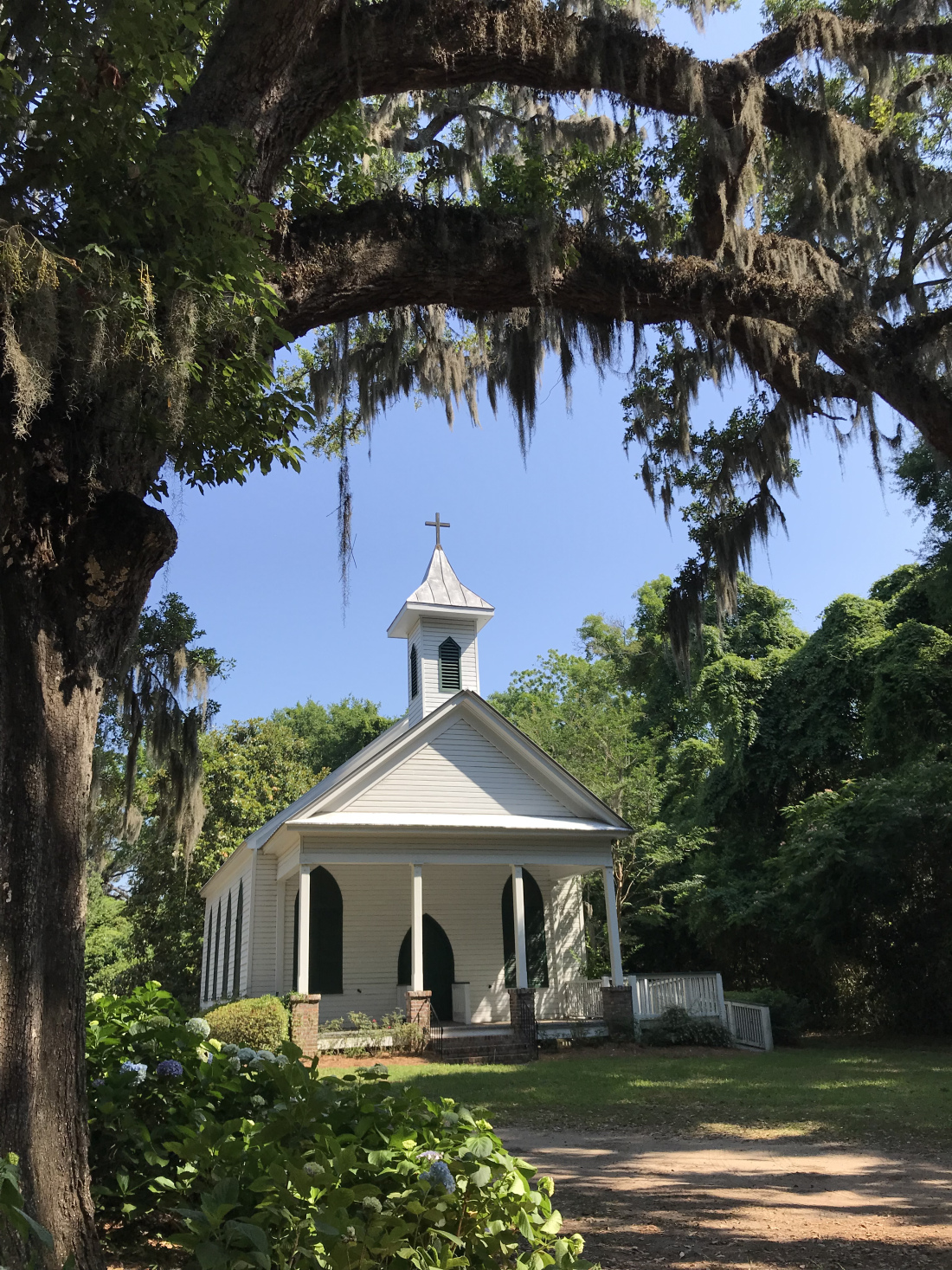 Church at Grace Chapel harkens to an earlier age

No more than three verses sung for any given hymn

Sermons to be short and sweet

Dogs wandering in during the sermon. All creatures great and small

Refreshments and fellowship on the grounds 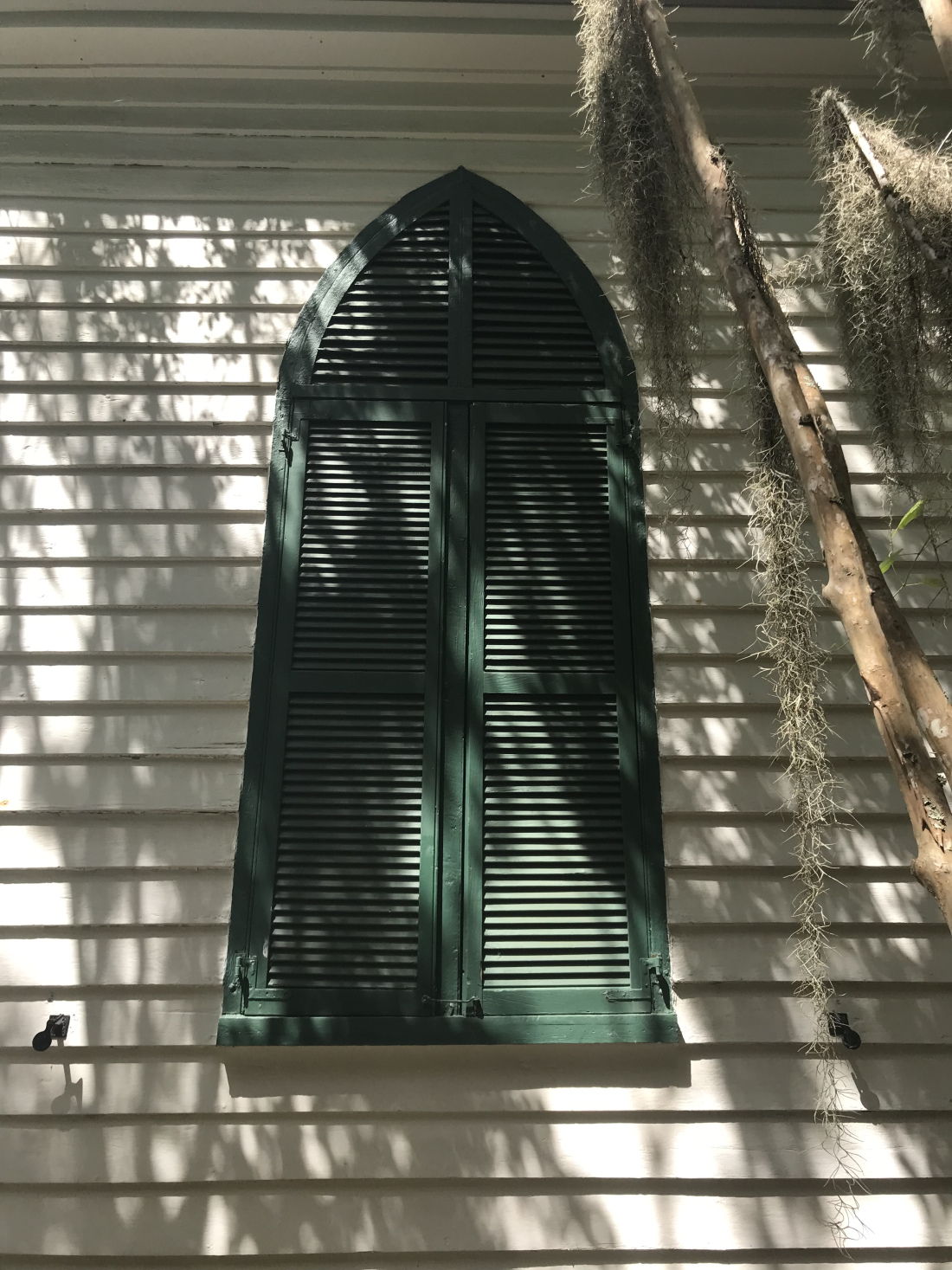 I taught our oldest how to drive on the old Rockland dirt road with little traffic and enough ruts to keep things slow. Rockland, Rockville, The Rocks. All the same but with different names. Welcome to the Lowcountry

If I win that lottery or get this stuff published one day, then it’s either a house at Pawleys or a house at Rockville

Too bad I can’t get a ticket at Mr. King’s Grocery. The store is closed, but the building remains with old Sunbeam Bread metal signs over the door.

At this stage of the game, I’m leaning towards Rockville

My family will never adhere to Mr. Stipes’ directive from his lyrics about that town in Maryland

“Don’t go back to Rockville” 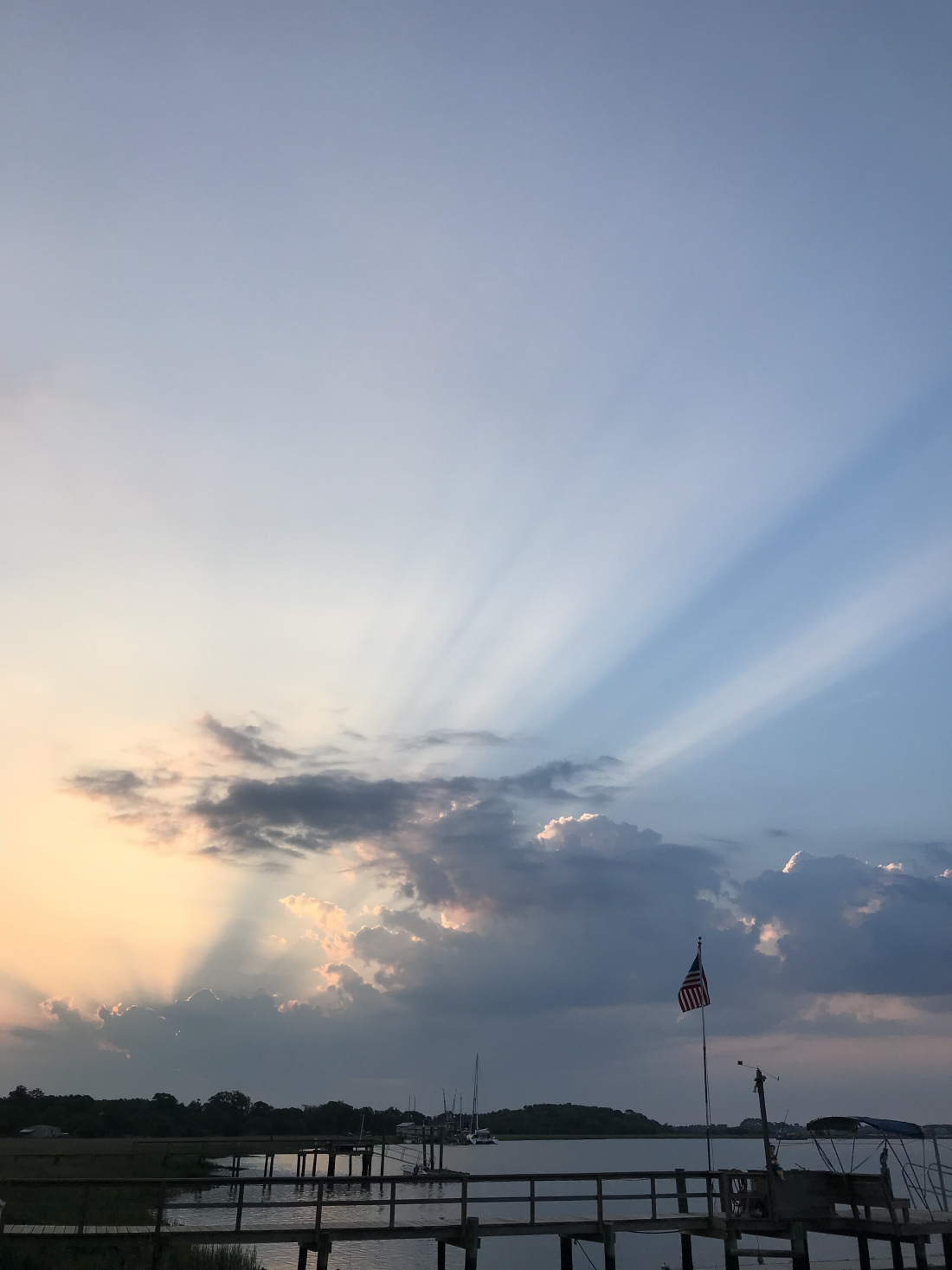